Michael Santiago, a 29-year-old corrections officer from Downstate Correctional Facility in Fishkill, 20-year-old Bruce “Tonz” Collazo and 34-year-old Kenneth Smith all face life in prison for their roles in three armed robberies dating back to Aug. 24, 2014, according to officials.  Santiago also worked for Rapid Armor Car service before becoming a corrections officer, according to court documents.

In the latest heist, on December 15, a man in a black suit walked up to an EG Money Service Corp vehicle around 10:30 a.m. while it was parked outside a check-cashing storefront at 1471 Westchester Avenue. 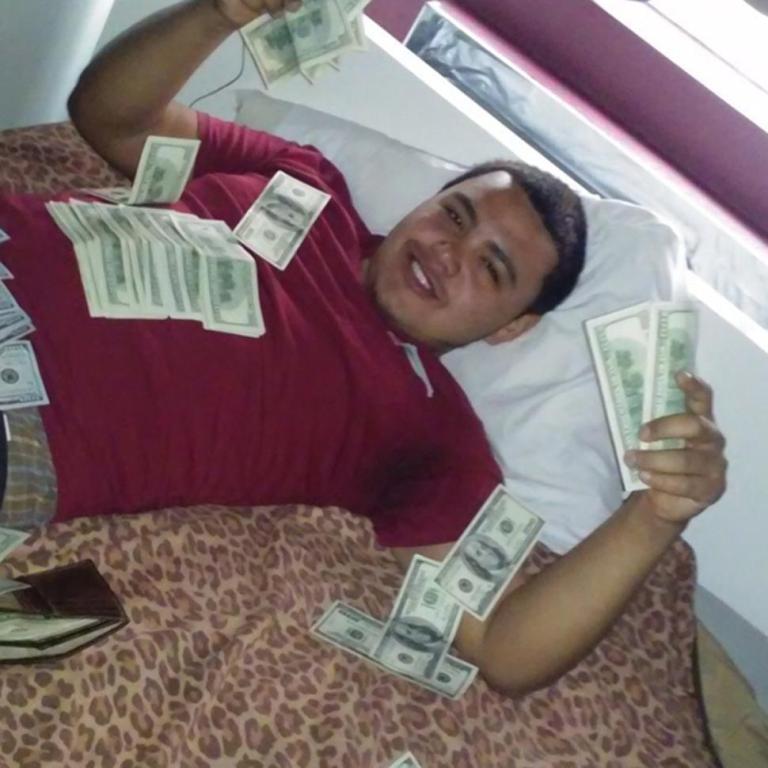 The suspect pulled out a gun and demanded cash, according to police, but the guards resisted and multiple rounds were fired.  No one, including the dozens of bystanders, were struck by any of the bullets.  The thieves made off with a bag stuffed with tens of thousands of dollars in cash.  NYPD initially valued that bag of cash at $78,000 but later said the exact amount of money taken is not yet known.

In a criminal complaint, FBI agent Elisabeth Wheeler said she found pictures on an Instagram account connected with Collazo showing him smiling and covered in crisp-looking bills.  Another photo shows a stack of cash between two red, Nike sneakers with the caption “First day of work $.”  Other images show Collazo posing with firearms, one with the caption “Always keep it on me.”

Manhattan U.S. Attorney Preet Bharara celebrated the arrests, saying, “Michael Santiago, a corrections officer entrusted with the safekeeping of the community, Kenneth Smith, and Bruce Collazo are charged with conspiring to conduct a series of brazen daytime armed robberies, provoking gun violence on busy streets, and putting lives at risk.  Together with our partners at the FBI and the NYPD, we are committed to keeping our neighborhoods safe by taking violent criminals off the streets.”