NEW YORK (PIX11) — Popular Instagram model and video vixen Mizz DR, real name Diana Escotto, was arrested Thursday in connection to the murder of a Fort Lee man whose body was found in the trunk of a car in the Bronx last month.

Escotto has been charged with hindering arrest in the murder of Jordan Johnson.

Escotto has been charged with hindering arrest in the murder of Jordan Johnson.

Escotto, 24, has been charged with hindering arrest in the murder of Jordan Johnson. Escotto has been featured in a number of rap music videos, including alongside Queens rapper 50 Cent.

Johnson was reported missing Jan. 14 after his girlfriend came home to find their Fort Lee apartment burglarized. One day later, Johnson’s body was found in the trunk of a black BMW parked along  East 211th Street and Tryon Avenue in the Bronx. An autopsy concluded Johnson was strangled to death. 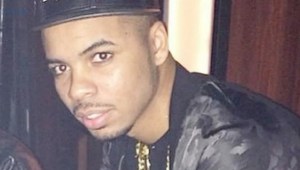 Prosecutors say Thompson lured Johnson to a Fort Lee apartment before killing him. Thompson then used the dead man’s phone to lure his girlfriend out of their apartment with text messages that appeared to be from Johnson.  Once she left, the apartment they shared was ransacked of jewelry, cash and other items. 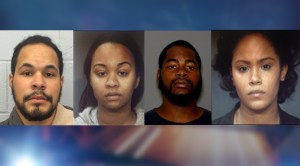 Escotto is in the custody of the NYPD.

DiMatteo, who was named in the unsealed indictment, turned himself in to the FBI in Manhattan Friday morning, according to the U.S. Attorney’s Office.

WASHINGTON (AP) — An influential federal advisory panel overwhelmingly rejected a plan Friday to offer Pfizer booster shots against COVID-19 to most Americans, dealing a heavy blow to the Biden administration’s effort to shore up people’s protection amid the highly contagious delta variant.

The vote by the committee of outside experts assembled by the Food and Drug Administration was 16-12, with members expressing frustration that Pfizer had provided little data on the safety of extra doses. Many also raised doubts about the value of mass boosters, rather than ones targeted to specific groups.

WASHINGTON (AP) — The Pentagon retreated from its defense of a drone strike that killed multiple civilians in Afghanistan last month, announcing Friday that a review revealed that only civilians were killed in the attack, not an Islamic State extremist as first believed.