THE BRONX (PIX11) — The New York City Department of Health has confirmed that legionella bacteria, which causes Legionnaire’s disease, has been found in cooling towers at Co-op City.

Since December 2014, 12 cases of Legionnaire’s disease — which is a severe form of pneumonia — have been diagnosed. Eight of those cases are Co-op City residents.

The bacteria has been found in the water used to cool Co-op City’s heating and electrical systems and is separate from the water residents use to drink, bathe and cook with.

“What I wanted to convey to everyone is that we’re taking every measure and every step that we possibly can to decontaminate the cooling towers,” said Jeffrey Buss, general counsel for the River Bay Corporation, which manages Co-Op City. 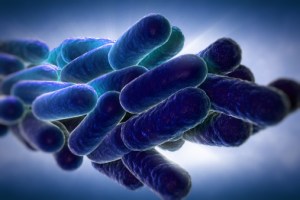 The disease is caused by significant exposure to legionella bacteria and cannot be spread from person to person.

“In order to safeguard residents, employees and the community, Co-op City is working with the New York City Department of Health to eliminate legionella bacteria which preliminary Health Department tests indicate may exist at a cooling tower operated by the affordable housing cooperative located in the Bronx,” Riverbay Corp. said in a statement.

“The Health Department is concerned about this sudden increase in Legionnaires’ disease in the Bronx,” said Health Commissioner Dr. Mary Bassett. “We are conducting a thorough investigation and working closely with River Bay Corporation to minimize the public risk and to prevent future cases. I urge anyone with symptoms to seek medical attention right away.”

Funeral to be held Wednesday for Yonkers cop killed …