THE BRONX — NYPD detectives say they knew there was something fishy about Johnny De Los Santos-Martinez, so they followed him in the Bronx and ultimately discovered up to $10 million worth of the deadly drug fentanyl in his possession.

Santos-Martinez, 35, was tailed last Thursday to Leland Avenue and Archer Street in the Parkchester section of the Bronx.

That’s where they observed him in a 2017 white Acura MDX and noticed two boxes in the back seat.

A search warrant revealed two coolers were inside the boxes containing fish that was sliced up — and wrapped around kilos of the deadly opioid fentanyl. Police said the brick-shaped packages containing fentanyl were sealed tight with green plastic.

There were four kilos in the containers; three of them were covered with the fish.

Another kilo was hidden in a vacuum-sealed package of what appeared to be chili.

Fentanyl — an opioid 50 times more powerful than heroin that is lab-produced in China and Mexico — is often mixed with heroin doses and is driving the skyrocketing death rates we are seeing in the United States now.

The drug is cheap, so many dealers are even pressing it into fake Oxycodone pills on the black market.

Among the celebrity deaths attributed to fentanyl in the last two years are rockers Prince and Tom Petty.

The Office of Special Narcotics Prosecutor Bridget Brennan said the four kilos seized in the Bronx could have yielded more than a million lethal doses of fentanyl/heroin, and is worth up to $10 million on the street.

Santos-Martinez, the suspected distributor in this case, was arraigned in Manhattan Criminal Court on last Friday. His bail was set at $150,000 cash or $250,000 bond. 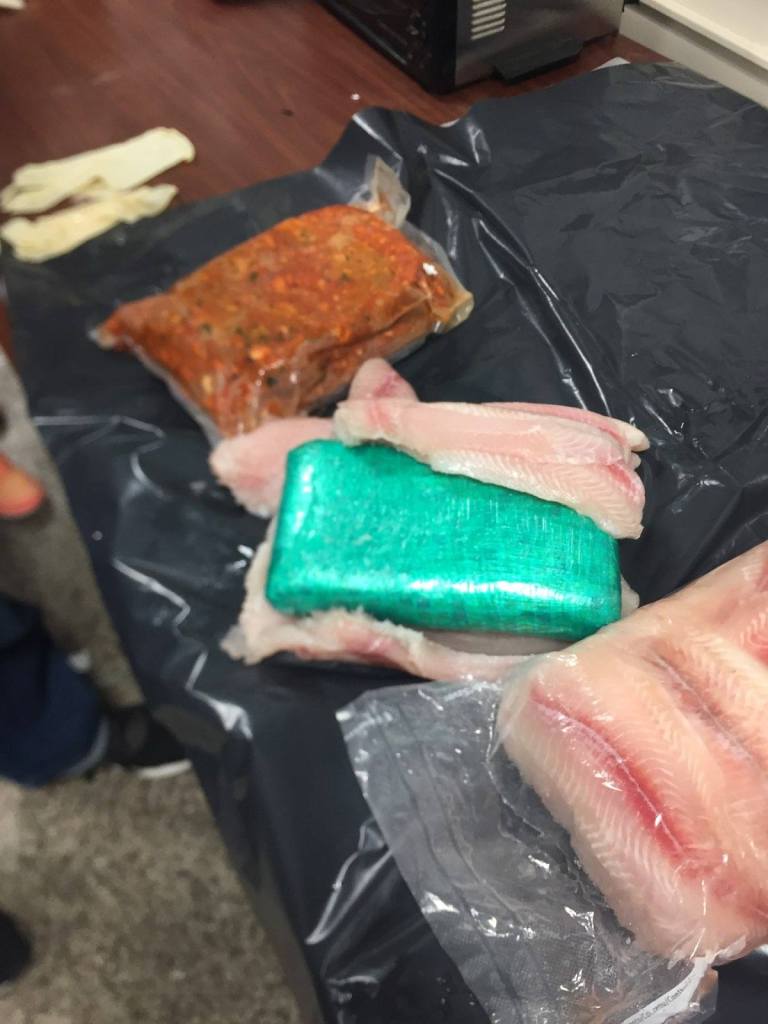