MORRIS HEIGHTS, The Bronx – Six people suffered minor injuries and at least a dozen families are displaced after a massive blaze tore through a Bronx apartment building Monday.

The fire started just before noon in the complex at 1750 Montgomery Avenue, near 176th St., according to the FDNY.  It quickly grew to five alarms and left four firefighters and two residents with minor injuries.

“There’s always challenges because some of the sealants on the top floor were almost concrete. And so we have to pull them down. It’s very difficult,”Chief of Department James Leonard said. 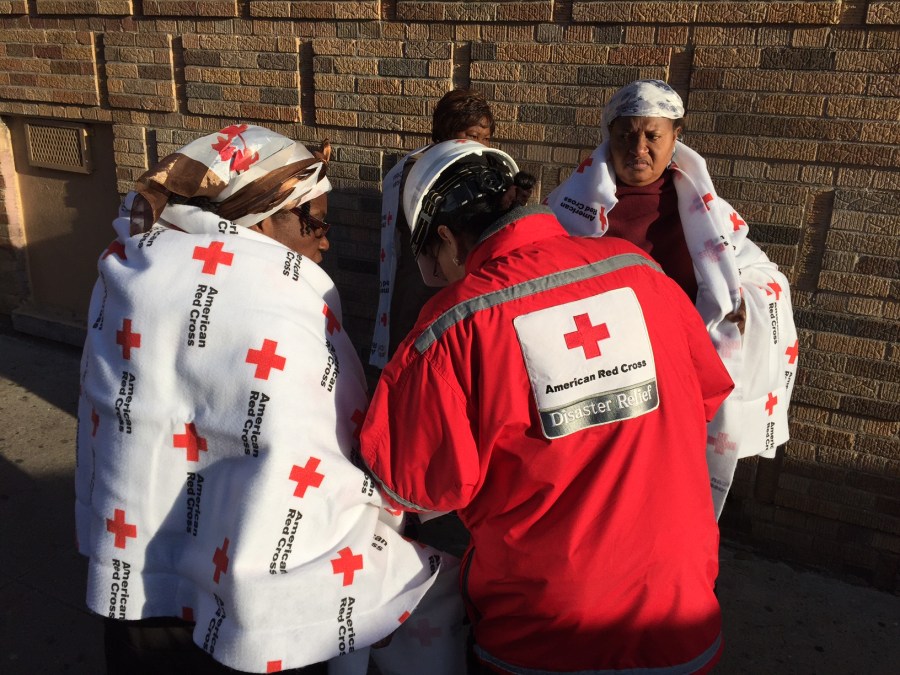 According to the FDNY, 6 apartments suffered fire damage. Many more have water damage. That included Victoria Ofori’s 5th floor apartment. She was sleeping when the fire started.  “When I woke up it was like raining, heavy raining,” Ofori said.

Red Cross workers responded to aid residents of the six-story building displaced by the fire.  The Red Cross has opened a relief center at nearby PS 109 located at 1771 Popham Avenue.  At least 12 families have been displaced, a number that could rise depending on water damage and other factors, according to spokesman Michael de Vulpillieres.

The fire started on the 6th floor, but it’s not yet clear what sparked the blaze.  Some 200 firefighters were needed to bring it under control by 2:30 p.m.