MORRIS HEIGHTS, The Bronx — A Bronx man has taken to social media to find his biological parents in a heartbreaking video.

In a nearly eight minute video posted Sunday, Jordan Christopher asks for help to fill in the missing pieces of his past.

“I always grew up knowing I was abandoned,” Christopher says in the beginning of the video. “I just didn’t know what the circumstance was of course.”

Christopher begins by saying his adoptive mother told him that his social worker said he was left at a church in Harlem.

Jordan Christopher was found in the hallway of the Sedgwick Houses in 1971.

Once Christopher turned 18, he joined the military. When he returned in 1996, he began his search.

The agency that placed him with his foster parents told him a different story about where he came from. He then obtained a police report that explained what really happened that day. An emotional Christopher recites the police report from memory, with the hope that someone will recognize his story.

According to the police report, on Oct. 5, 1971, two police officers found an abandoned baby in the hallway on the seventh floor of 140 W. 174th St., in the Sedgwick Houses in the Bronx. 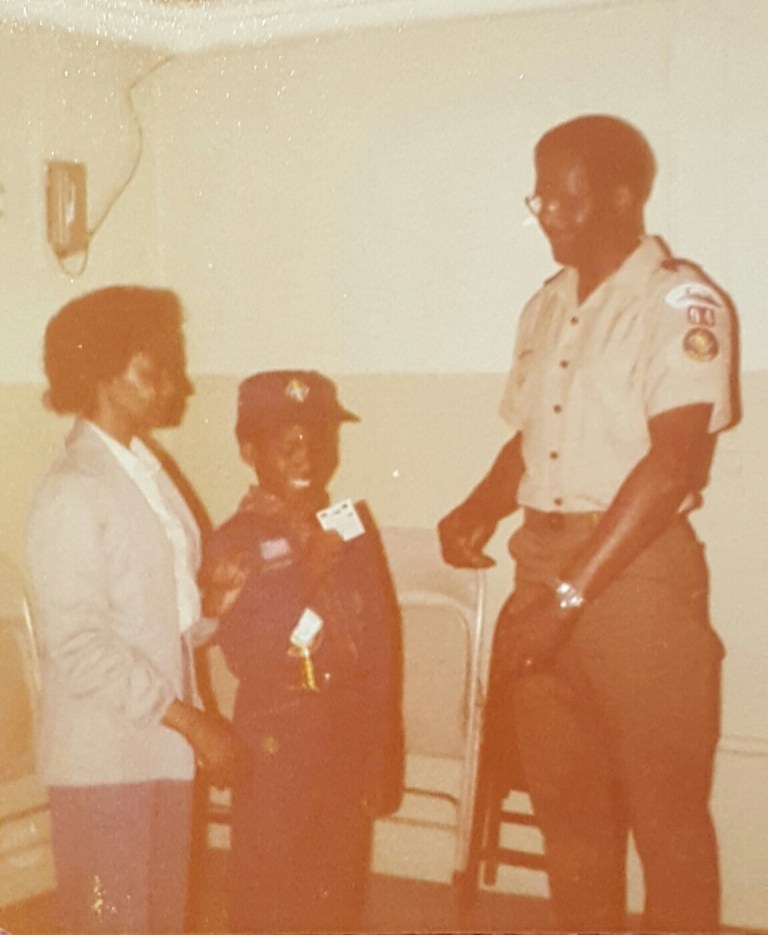 The police report said that Christopher, who was five months old at the time, was wearing a yellow sweater and white jumpsuit. No one in the building told police that they knew who he was.

A pediatrician estimated his birthday to be in April and that he was a healthy baby. He was named Jordan Christopher.

“I was found with no information on me, I was just laying on the floor,” he said.

Christopher, who says he doesn’t know when his birthday is, says for 45 years he’s never celebrated a specific day.  When he goes to the doctor and they ask for a birthday or family medical history, he cannot provide answers.

The father of seven asks for the video to be shared to give him the closure and answers he’s been searching for.

“I honestly don’t know what else to do because I have no leads,” Christopher said. “I figure let’s put the word out and let’s see if I can get some answers.”

Christopher still visits the Sedgwick Houses, hungry for information about who he really is.

“I want to let my biological family know that I’m not upset, I’m not angry,” he told PIX11. “I just feel a void that I’m tired of feeling.”