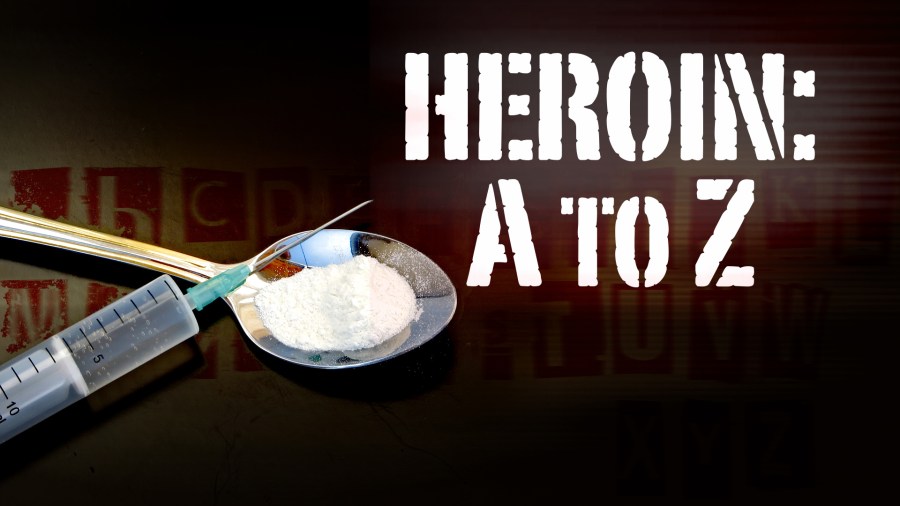 I grew up in Queens, and as a teen, I heard the lingo about nickel bags and dime bags of marijuana or heroin.
The phrase meant five dollars for a nickel bag and ten dollars for a dime bag.

30 years into my TV reporting career, I learned some new phrases, just a few weeks ago. A lot of new phrases.
So I applied the alphabet to all I’ve learned about the heroin crisis we’re confronting, as a society. A crisis that’s killing our young people.

A is for Anybody. This is now being called the “whitest” drug epidemic in U.S. history, largely striking the white, middle class. So A is for Addicted, too.

C is for Cell. Drug gangs that cut the heroin, process the product, and bag it for street dealers work in “cells.”  Many cell members are from the Dominican Republic.

D is for Diesel. That’s a street name on Staten Island for heroin. Another nickname is dog food.

E is for Epidemic. Dr. Andrew Kolodny–chief medical officer for Phoenix House–told PIX 11 the fatalities from this current epidemic are greater than the early 70’s heroin crisis and 1980’s crack epidemic COMBINED.

F is for Fentanyl. This strong painkiller is often used to treat cancer patients. When mixed with heroin, it can be lethal.

G is for Gateway drugs. Most addicts we spoke with said they started using marijuana or drinking alcohol as early as age 11 or 12. Snorting pills was the gateway to heroin use.

H is for Heroin Highways. I-80 from the West and I-95 North and South move the heroin into and out of New York City.

I is for I-V drug use.  Heroin addicts may start out smoking or snorting it but most end up injecting it.

J is for Johnathan Crupi. The 21-year old Staten Island man fatally overdosed on heroin in his bedroom on March 29, 2014. His mother discovered his body. Crupi had survived four, previous overdoses.

K is for Killer.  Heroin kills the signals from your brain stem to your respiratory system, which controls breathing. Once breathing stops, brain damage follows three to four minutes later. Death follows that.

L is for Listen. The stories that addicts tell boggle the mind. The grief their parents feel is palpable.

M is for Mexico. Mexican drug cartels move the heroin across the U.S. border and hire the transporters to get it to New York. Once here, Dominican drug gangs take over the distribution.

N is for Narcan. It is the miracle drug, sprayed into both nostrils, that reverses a heroin overdose and allows breathing to resume. Ten thousand people have been saved, nationally, with Narcan.

O is for Outpatient.  For those who can’t afford intensive, residential treatment centers, outpatient therapy is the most common program to battle addiction.

P is for Percocet. It’s the painkiller that leads many substance abusers to try heroin.

Q is for Queens. Queens had the biggest jump in fatal, heroin overdoses in a single year–81 in 2013 compared to 53 in 2012. The Department of Health attributed the increase to a much-greater use of heroin by young, white men.

R is for Recovery. The battle to get insurance money for rehab stays is never-ending for families.  Heroin is an excruciatingly tough addiction to beat, and relapse is common.

S is for Suboxone. There’s debate in the medical community about its use.
Suboxone helps addicts get through severe withdrawal from heroin.

T is for Treatment. How much time in rehab is needed to effectively wipe away the brain’s obsession with heroin?  Insurance often maxes out at 28 days.
Addiction experts say young minds can need one or two years of treatment–and beyond–to learn effective tools to stay clean.

V is for Vicodin. This painkiller is also a gateway drug to heroin use.

W is for Wellness. Learning the tools to handle stress, without turning to substances, is a crucial goal in treatment.

X is for Xanax. The anti-anxiety medication is often abused by users, before they turn to heroin.

Z is for Zero Tolerance. Items like cell phones are usually banned at rehab centers, because their incessant use is considered an addictive type of behavior.

If you need help with the heroin crisis, you can try some of these contacts: