The owners of the original Palm restaurant decided to permanently close the space after renovating it proved to be too costly. The Palm had been a fixture at 837 2nd Avenue in Manhattan since 1926. The restaurant is known for it’s caricature-covered walls.

Artists hand-sketched the cartoons in exchange for meals throughout the years. Many worked at nearby King Features Syndicate, a comic company.

The famed walls were restored in 1995.

Today, Palm restaurants worldwide are run by direct descendants of the founding owners. It was impossible, they said in a statement, to take the original artwork with them. 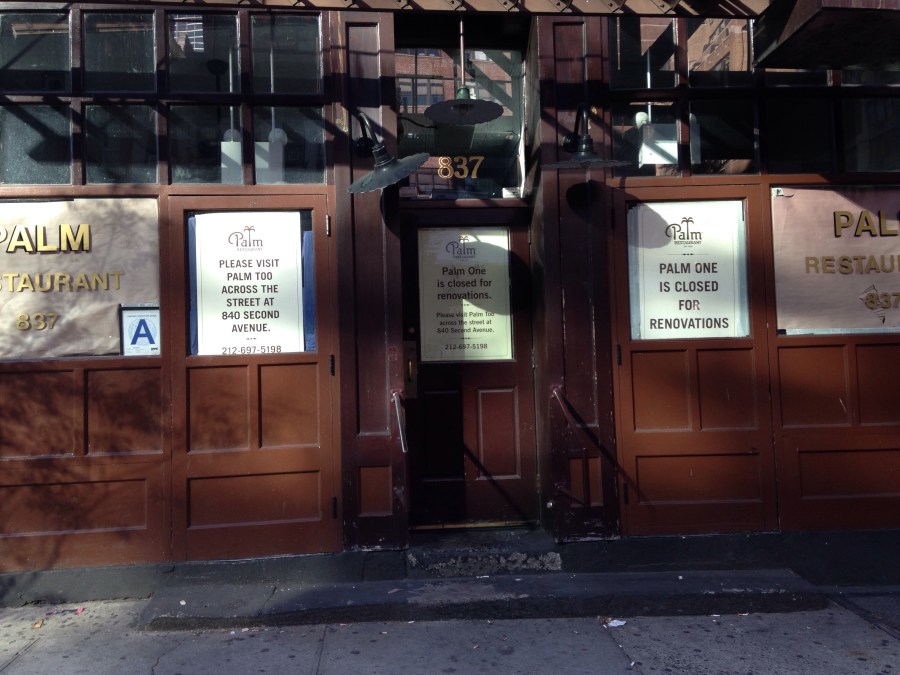 “Caricatures remain an important part of our history and live on in all our other Palm locations,” they said.

Save New York, a grass roots group that fights to preserve the city’s character, is calling for complaints.

“This was a one-of-a-kind treasure, never to be reproduced,” writes Jeremiah Moss, a blogger who catalogs disappearing New York nostalgia, “You can’t buy this kind of uniqueness, it has to grow organically and mature over time–over a century of time.”

The Palm Restaurant chain has received phone calls, and comments on Facebook are pouring in.

“There are multiple reasons why we would have preferred to keep the original location,” reads the statement from The Palm, “However, a careful review of the cost of rehabilitating a wood and brick building which is substantially over a 100 years old, showed clearly it was an uneconomical choice.”

The Palm Two , located across the street from the original location, remains open.

Former NFL center Eric Wood shares tips on how to …

Catching up with Taryn Manning and her latest role …

Tina Lifford on the final season of “Queen Sugar”

Walk to End Lupus Now to be held in NYC