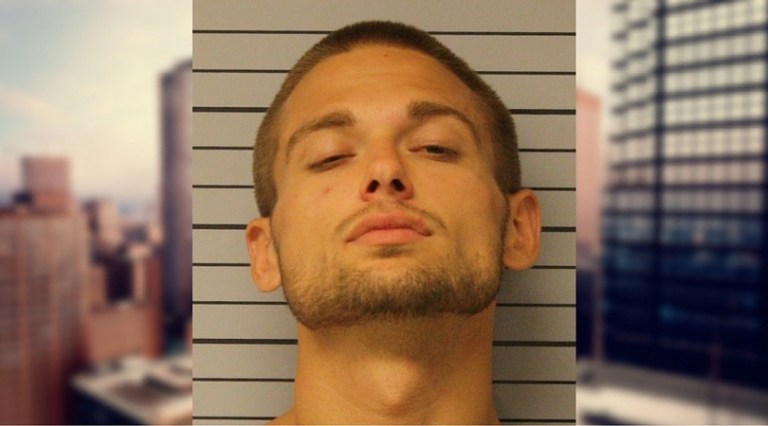 BUTLER COUNTY, Mo. — A Missouri man is behind bars after police found a dead body in the trunk of a car and a text message on the suspect’s phone that asked a friend for help with a corpse.

Police say Edward Weaver texted a photo of the body of Norman Jones in the trunk of Jones’ car to his friend.

The accompanying message read: ‘I am having car trouble and I have a body in the trunk.’

Jones had last been seen alive on Aug. 22. His wife reported him missing Wednesday.

Authorities interviewed witnesses who claimed Weaver believed Jones had stolen pills from him.

According to a police affidavit, Edwards had also texted his father: ‘Dad, I may not see you for a while. I did what I had to do.’

Authorities are also in search of a woman named Amber McDannald, who is a person of interest in the case.

NEW YORK --- Mayor Bill de Blasio appointed a new head to the New York City Department of Correction on Wednesday, just one day after the previous commissioner announced her resignation.

Vincent Schiraldi will take the reins from Cynthia Brann, who's set to leave the department at the end of May, city officials said. The change comes as New York continues efforts to close down the Rikers Island jail facility and move to smaller, borough-based jails.

‘Give turtles a brake:’ New Yorkers urged to lookout for turtles on roads

NEW YORK (WWTI) -- New Yorkers are being urged to "give turtles a brake" on the road this spring.

New York State Department of Environmental Commissioner Basil Seggos issued an alert on Wednesday reminding residents that turtles are "on the move" in May and June, asking drivers to be on the lookout for turtle crossings.

FORT LAUDERDALE, Fla. (AP) — During the gloomiest stretches of the pandemic, Dr. Diona Krahn's veterinary clinic has been a puppy fest, overrun with new four-legged patients.

Typically, she’d get three or four new puppies a week, but between shelter adoptions and private purchases, the 2020 COVID-19 pet boom brought five to seven new clients a day to her practice in Raleigh, North Carolina. Many are first-time pet owners.

Graduating? Get a free dozen Krispy Kreme donuts on this day