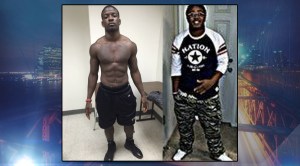 Hundreds stood by in “broad, open daylight” as the 19-year-old woman, who appeared to be passed out on a chair behind the Spinnaker Beach Club, was sexually assaulted by one man after another, Bay County Sheriff Frank McKeithen told AL.com.  Many watched, some recording with their phones — but no one tried to intervene, officials said.

Police found the video on a witness’ phone while investigating a shooting in Troy, Alabama, and turned it over to Panama City investigators.  Two Troy University students who allegedly appeared in the gang rape video, 23-year-old Ryan Austin Calhoun, of Mobile, Ala., and 22-year-old Delonte Martistee, of Bainbridge, Ga., now face charges of sexual battery by multiple perpetrators.

“Our culture and our society and our young people have got to the point where obviously this is acceptable somewhere, but I will tell you it is not acceptable in Bay County,” McKeithen told the paper, saying the video was “probably one of the most disgusting, repulsive, sickening things that I have seen this year on Panama City Beach, and I have seen a lot of them.”

Police tracked down the victim, but she told detectives she didn’t remember anything the next day, and thinks she may have been drugged.

Panama City Beach has long been a destination for spring break revelers, but authorities are fed up with the spike in criminal activity that comes from hosting the hordes of party-goers.  One official at the Bay County Sheriff’s Office compared spring break to a cancerous “tumor” that can spread to the rest of the body, affecting residents and local businesses.

Sheriff McKeithen posted on his Facebook page that the investigation continues, and that additional arrests are expected.

The discovery was made Saturday after detectives secured a search warrant for the Harlem apartment where McNeil had been staying with his mother and brother on West 135th Street. The NYPD tweeted a photo of the assault weapon late Monday afternoon.

BELMONT, the Bronx — Prosecutors charged a Bronx man with attempted murder Monday in connection with the 2021 shooting of two NYPD officers.

Charlie Vasquez, 23, allegedly opened fire on Officers Robert Holmes and Alejandra Jacob on Nov. 24 as they responded to a 911 call about a man with a gun, Bronx District Attorney Darcel Clark said. He's accused of firing six times.

ALBANY, N.Y. (AP) — Former New York Assembly Speaker Sheldon Silver, one of the most powerful figures in state government for two decades before his conviction on corruption charges, has died in federal custody. He was 77.

Silver died Monday, a person familiar with the matter told The Associated Press. The person could not discuss the matter publicly and spoke to AP on condition of anonymity.

Dad held after outburst at smoothie shop over allergy