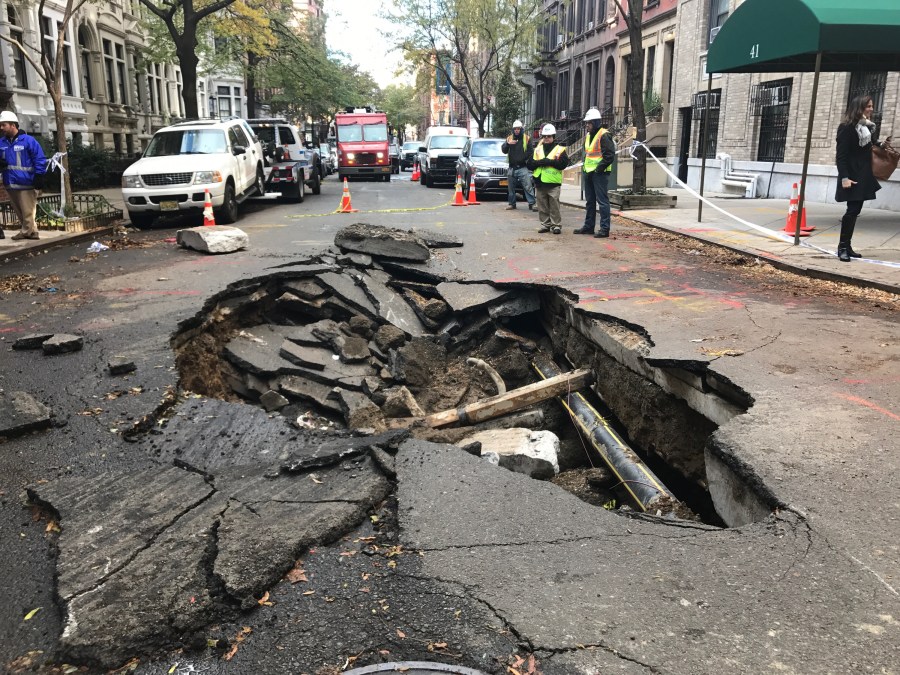 UPPER WEST SIDE, Manhattan — A huge sinkhole has opened up on West 82nd Street.

It happened on West 82nd Street between Columbus Avenue and Central Park West, according to a witness who tweeted photos of the show.

The images show a large crater in the roadway and police tape cordoning off a large portion of the road.

“One of the busiest pedestrians thoroughfares on the night before and day of (Thanksgiving Day) Parade,” she wrote.

West 82st street literally just cratered at about 8:40am. One of the busiest pedestrians thoroughfares on the night before and day of ?Parade. pic.twitter.com/QO9hZ291pO