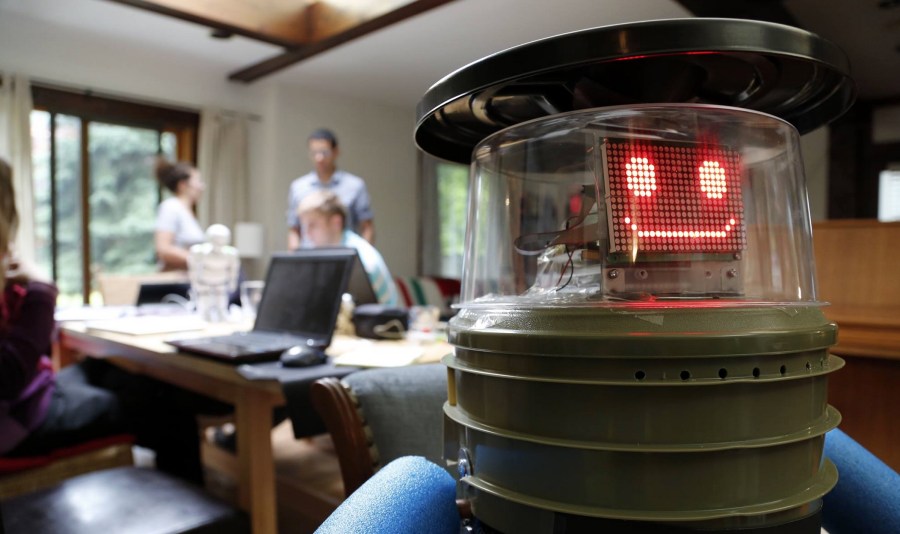 PHILADELPHIA — This is why we can’t have nice hitchhiking robots.

HitchBOT, the cheerful hitchhiking robot that had made cross-country trips across Canada, the Netherlands and Germany, had intended to travel across the United States as well. Instead, it survived all of 300 miles on the mean streets of the U.S.A.

Two weeks after beginning its U.S. trip in Boston, the robot was vandalized in Philadelphia, the team overseeing the robot said in a statement.

“HitchBOT’s trip came to an end last night in Philadelphia after having spent a little over two weeks hitchhiking and visiting sites in Boston, Salem, Gloucester, Marblehead, and New York City,” the hitchBOT “family” said on its website. “Unfortunately, hitchBOT was vandalized overnight in Philadelphia; sometimes bad things happen to good robots.”

However, the group said that more is in store for the little robot, which got to sit in the cockpit of an Air Canada plane, visit Dutch art galleries and meet Santa Claus. (Perhaps it was the Santa connection that finally did hitchBOT in; Philadelphians are notoriously mean to Old Saint Nick.)

“We know that many of hitchBOT’s fans will be disappointed, but we want them to be assured that this great experiment is not over,” the group said. “We have no interest in pressing charges or finding the people who vandalized hitchBOT; we wish to remember the good times, and we encourage hitchBOT’s friends and fans to do the same.”

HitchBOT, which was made out of odds and ends and was clad in Wellington boots and gardening gloves, was entirely dependent on the kindness of strangers. It traveled by itself and couldn’t move on its own but required friendly humans to take it from place to place.

The robot, created by a group based at Ontario’s McMaster and Ryerson universities, was a social experiment intended, in part, to test human psychology when confronted with technological novelty.

“This is both an artwork and social robotics experiment,” creators Frauke Zeller and David Harris Smith told The Atlantic. “Usually, we are concerned whether we can trust robots, e.g. as helpers in our homes. But this project takes it the other way around and asks: can robots trust human beings?”

For the most part, hitchBOT’s travels went smoothly. Even in the United States, the robot got a trip to Fenway Park and took in the sights in midtown Manhattan.

And YouTube personality Jesse Wellens gave it a ride near Philadelphia.

But not long after, hitchBOT met its demise — at least until it can be reassembled.

Even after losing its head, hitchBOT remained upbeat.

“My trip must come to an end for now, but my love for humans will never fade,” the bot said. “Thank you to all my friends.”