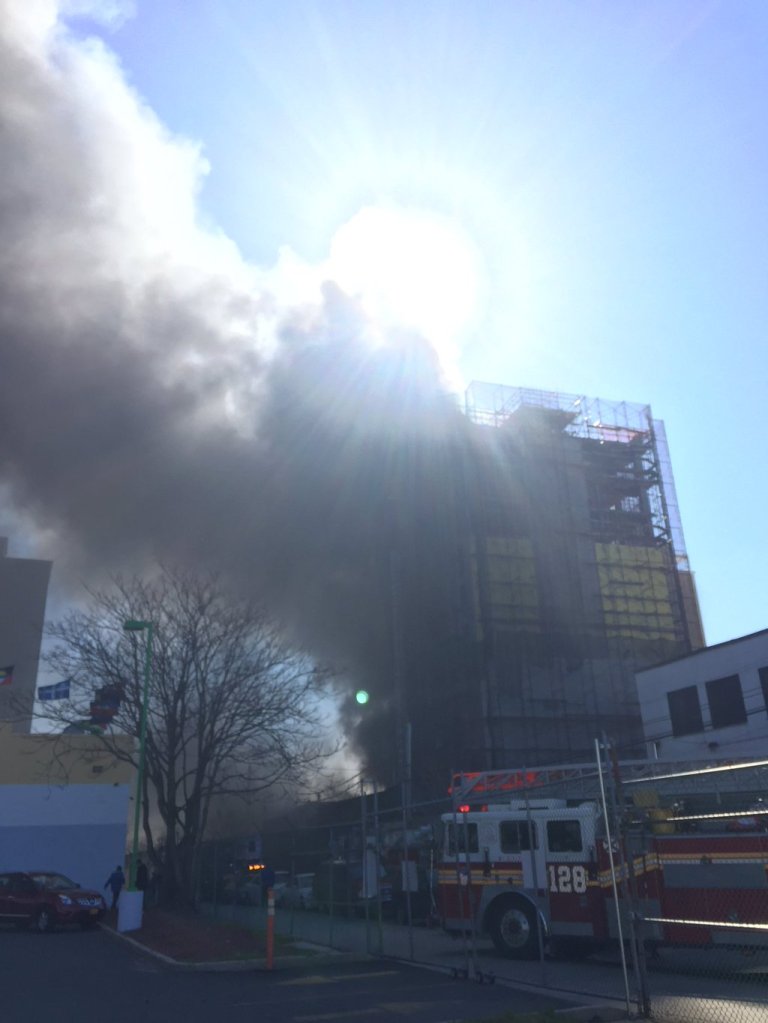 The FDNY received a call at 3:42 p.m. about a fire at 38-68 13th St. The fire quickly escalated from a 2-to 3-alarm fire. Smoke billowed out from the building as firefighters poured water onto the roof. It eventually collapsed.

By 7 p.m. the fire expanded to a 5-alarm fire. More than 200 firefighters were called to the scene to battle the fire, which spread to a furniture store.

The Office of Emergency Control advised residents nearby to keep windows and doors closed because of the heavy smoke and smell of burning wood.

Officials said one firefighter has suffered a minor injury.

The fire was placed under control around 8:40 p.m., the FDNY said.

It’s still unclear what caused the fire. The FDNY will determine the cause within the next few days.

NEW YORK — A group of people stole a purse from an 82-year-old woman as she watched a movie inside a Manhattan theater, police said Saturday.

The robbery happened inside the AMC Lincoln Square theater on Broadway just before 7 p.m. on Oct. 3, according to the NYPD.

LOWER EAST SIDE, Manhattan — A suspect slashed and stabbed a food delivery worker on a Lower Manhattan bench early Saturday morning and then took off on the victim’s bike, new video of the attack shows.

Police released the surveillance footage early Sunday morning with the hope it would lead to an arrest in the case.

Plus: A look at the upcoming New York City mayoral election.

Strike dodged with deal between film and TV crews, studios

NJ apartment complex evacuated due to Ida damage will be demolished: attorney