From there, the goats ended up one and-a-half stops away, between the Fort Hamilton Parkway and New Utrecht Avenue stations.

That’s where an MTA photographer photographed the goats having been corralled by subway workers. The agency tweeted the photo with the caption, “Two very baaaaad boys.”

After noon, officials turned off the third rail so that it would neither electrocute the goats nor responding NYPD Emergency Service Unit officers. 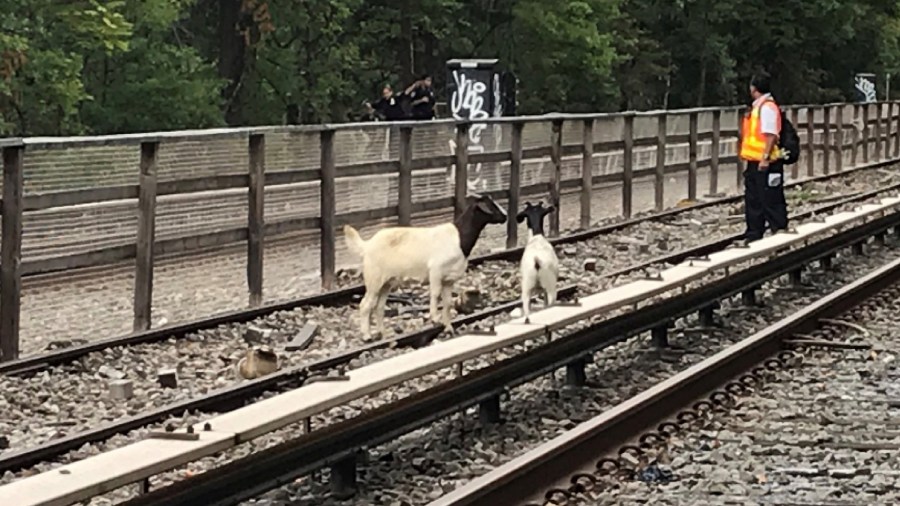 They arrived at the scene on board a train full of passengers, shortly before the power was turned off. The ESU cops used tranquilizers to knock out both animals.

They captured the goats and handed them over to the city’s Animal Care and Control Office. It reported that Farm Sanctuary, of Watkins Glen, New York, has adopted the animals, and is expected to have them transferred to their farm location upstate by late Monday evening.

During the ordeal, southbound N trains ran on the D line from 36th Street to Coney Island’s Stillwell Avenue to avoid the goats.