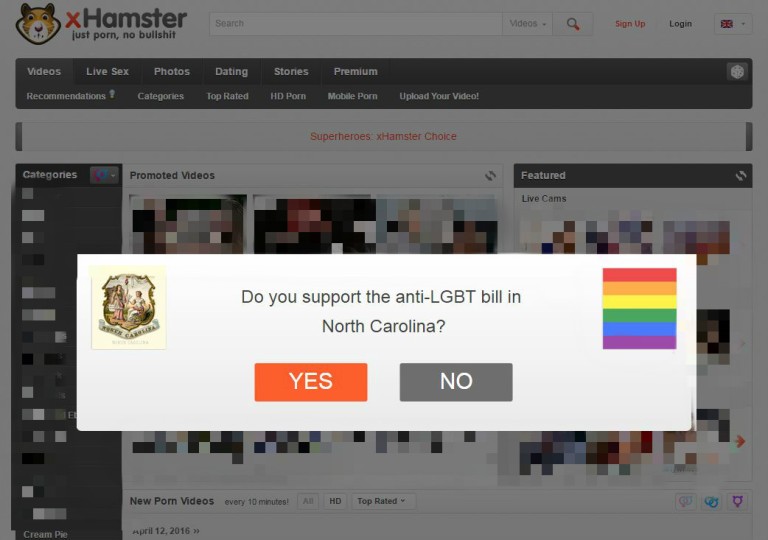 HB2 proposes transgender individuals must use bathrooms of the sex they were assigned at birth. It has generated heated argument since it was signed into law in March.

Among entities opposing the law are PayPal, which withdrew plans to open an operations center in the state, and Bruce Springsteen, who cancelled a concert in Greensboro last weekend.

There are hypocrites who don’t practice what they preach. Respecting others (sic) sexuality may not come easy, but this is something we must all work together to address.

We blacked out the access to our website because we wanted to draw attention of millions of people to patterns of human rights violations, and we are glad that our voice has been heard across the globe.

Users are still able to access the site if they answer “NO.”

Others asked that the ban be extended to states like Mississippi.

Vaccines for children: When could they be given in NYC?

Advisers with the Food and Drug Administration have begun deliberating whether there’s enough evidence that Pfizer’s kid-size dose is safe and effective for 5- to 11-year-olds.