RED HOOK, Brooklyn — Police have released a picture of one of the two suspects wanted in connection to Monday night’s shooting in Brooklyn that injured five people and caused a pregnant woman to lose her unborn baby.

Marquise Frederick, 19, is wanted for the drive-by shooting, according to cops.

Police say a late-model SUV pulled up in front of 9A Dwight St. and fired into a group of people about 10:51 p.m. Monday.

Community activist Tony Herbert, who was at the scene of the shooting, said one of three female victims was five months pregnant and shot three times. All five victims were taken to a hospital in varying conditions. 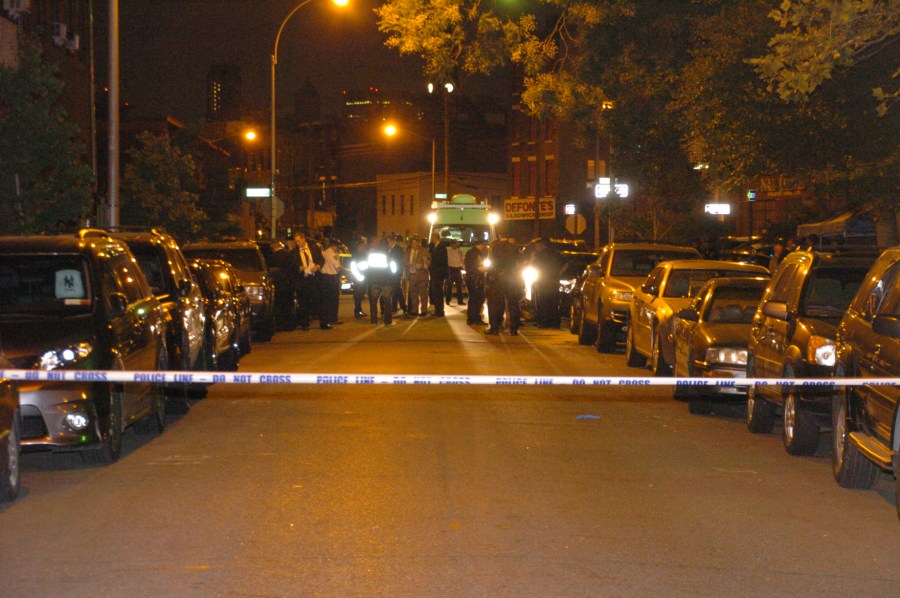 Sources say the motive for the shooting was a dispute between two gangs.

The shooting comes at a turbulent time in New York City, where three people were killed and more than 17 others were hurt since Friday.

“Innocent people should not die, all lives matter,” Brooklyn Borough President Eric Adams said Monday during an open casket demonstration outside the steps of Borough Hall. “The temperature rise cannot cause a rise in gun violence.”

Adams and community activists demanded the city to allocate $10 million in emergency funding for programs to get guns off the streets. The de Blasio administration said City Council has already allocated $18 million to programs in high crime neighborhoods, but Adams said that funding is not enough.