A house at 228 Benziger Ave. in the St. George area of Staten Island caught fire just after 6 p.m., which quickly spread to several neighboring homes.

Two civilians were injured in the fire, one with potential serious injuries, FDNY Chief James Leonard said in a press conference. Two of the houses are completely gone and a third house is in danger of collapsing, Leonard added. At least seven buildings total were damaged by the fire.

Latoya Samuels says she lives in the house where the fire started and was inside the second story apartment with her five children when the blaze ripped through. She told PIX11’s Jay Dow the landlord had just finished work on the porch when she saw sparks.

“I don’t have nothing,” Samuels said. “Everything is gone.”

“The porch burned out so bad it was crackling,” Janice Harris said. “You could see the sparks. And could hear it going pow, pow, pow.” 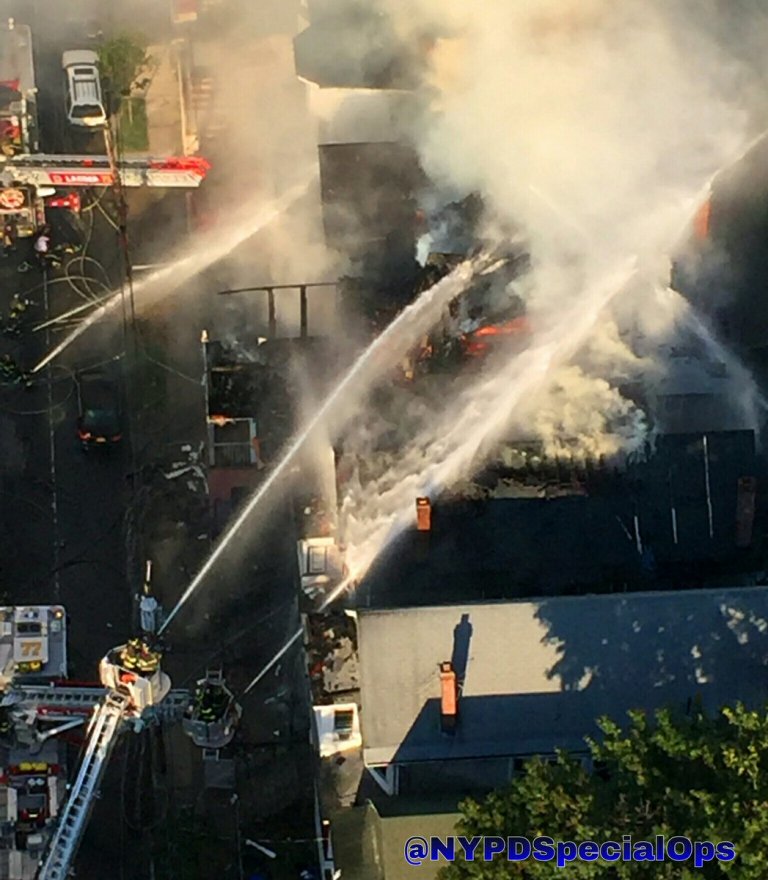 The power is out on the entire block and Red Cross assisted more than 50 people – including 20 children. Ten families were in need of emergency housing.

The fire which required approximately 250 firefighters, EMTs and paramedics, was under control as of 9 p.m.