NORWICH, Conn. (PIX11) — A family’s beloved pit bull may have to pay the ultimate price for saving an 11-year-old girl from a rabid raccoon.

Tank is serving a 6-month sentence in the Norwich Animal Shelter after protecting Savannah Vanese from the raccoon that invaded her family’s chicken coop in Norwich. “All of a sudden my dog comes barking and sprinting under here and I look under and there’s this huge raccoon and I just didn’t know what to do. I just stood right here,” Savannah told PIX11 affiliate Fox CT. Tank ultimately killed the raccoon, but ended up with scratches on his face. 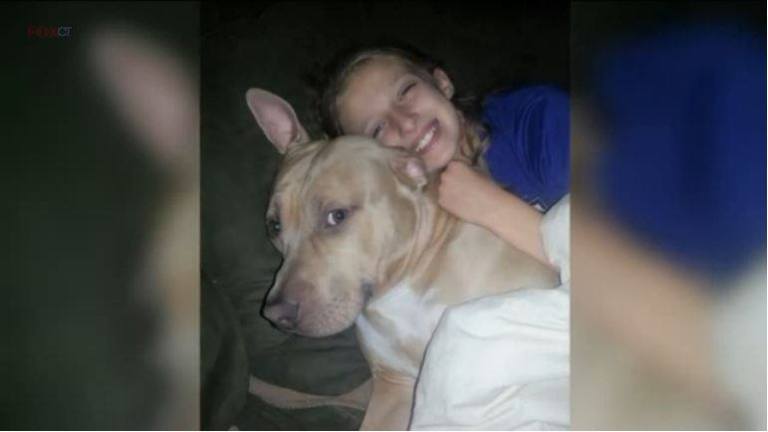 Tank will be in mandatory quarantine for 6 months. (Photo: Fox CT)

After testing, it was determined the raccoon had rabies, putting Tank at risk for the disease. The only way to test for rabies would involve euthanizing Tank, but instead, the dog is being quarantined to see if he begins exhibiting any symptoms.

“Basically we’re waiting to see if he gets any symptoms because the only way to test him is to euthanize him, so we’re trying to avoid that step and give him his fair chance. It’s the least I could do for saving my daughter,” Chris Vanase, Savannah’s dad, told the station.

Tank has not shown any symptoms and according to a  Norwich animal control officer, she has never had a dog in rabies quarantine end up actually being infected with the disease.

“If we have to put him down, he’ll die as a hero. I’ll know that he died for saving me, my family and my chickens,” Savannah said of Tank.