GREENSBORO, N.C. (PIX11) — A father looking to raise money for his 2-month-old son’s heart transplant was shocked when Facebook denied an ad for his fundraising page due to “offensive” content.

Hudson Bond was diagnosed with the heart disease cardiomyopathy. The child is living on an artificial heart at the Pediatric Cardiac Intensive Care Unit in Duke Children’s Hospital, ABC11 reported.

When Hudson’s parents found out he would need a heart transplant, they went to Facebook to raise awareness and funds for the estimated $75,000 surgery. They started “Hudson’s Heart,” which has so far garnered more than 6,000 likes. 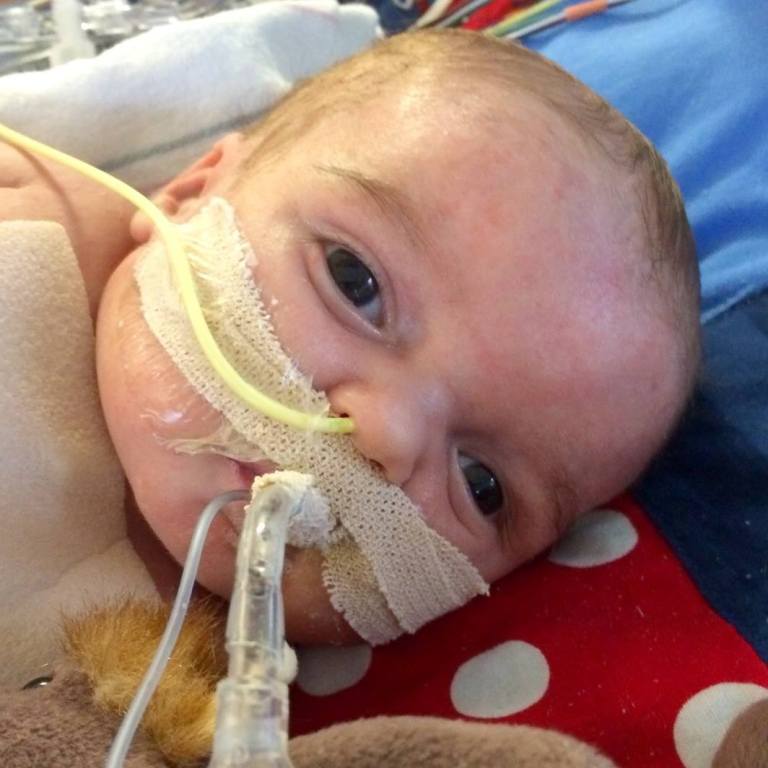 But when Kevin Bond, the baby’s father, tried advertising the Facebook page, he received a surprising message. Facebook said the ad, which contained a photo of Hudson in the hospital, was “scary, gory or sensational, and evokes a negative response.”

The message continued to say “Images including accidents, car crashes, dead and dismembered bodies, ghosts, zombies, ghouls, and vampires are not allowed.”

“I was really hurt actually. I mean I kind of cried. He’s my son, I love him. And to have someone reject a picture… [of] my beautiful son lying in a hospital bed needing help — that really cut me,” Bond told ABC11.

The company has issued an apology to media outlets that covered the story, and said the post could now be boosted to amplify its reach.

“I read Facebook’s response on media outlets last night. They apologized for the inconvenience this caused my family. Inconvenience was never an issue. Having my beautiful Son compared to dismembered bodies, vampires, zombies, etcetera hurt me, and my family,” Hudson’s father said in a Facebook post Wednesday morning.

“The ad in question was time sensitive. Reversing their decision days later fixes nothing. Further, the company still hasn’t contacted me directly. Had I not read their half hearted apology on the media I’d have no idea it existed.“

The family has so far raised almost $30,000 for Hudson’s heart transplant, according to Children’s Organ Transplant Association.

TOKYO (AP) — Canadian soccer player Quinn became the first openly transgender athlete to participate in the Olympics when they started on Wednesday night for Canada’s 1-1 draw with Japan in Sapporo.

Quinn, who is nonbinary and uses they and them pronouns, came out as transgender last year.

ANCHORAGE, Alaska (AP) — A popular strip club that once beckoned customers off a busy highway leading into Anchorage is now a church offering salvation — instead of temptation — thanks to a daughter of a former exotic dancer.

Linda Dunegan believes divine intervention played a hand in transforming the building that housed Fantasies on 5th into the start-up Open Door Baptist Church, turning the show floor into a sanctuary and trading the dancer’s pole with a pulpit.

CONEY ISLAND, Brooklyn --- Several firefighters were injured after a fire broke out at a Brooklyn building early Monday.

Authorities received reports of a blaze around 5:47 a.m. at 2811 Mermaid Ave. in the Coney Island neighborhood, FDNY officials said.

Homeless New Yorkers to be transferred back to shelters; rally to discuss housing

Olympic medalists get new right to pose for mask-less photos

NYC vaccine mandate to be extended to all city workers: reports