(CNN) — Police call the relationship “toxic.” If the details of the police report are accurate, folks won’t need much convincing.

Bear the Pomeranian disappeared in early August after the dog’s owner and her then-boyfriend Ryan Eddy Watenpaugh had an argument. 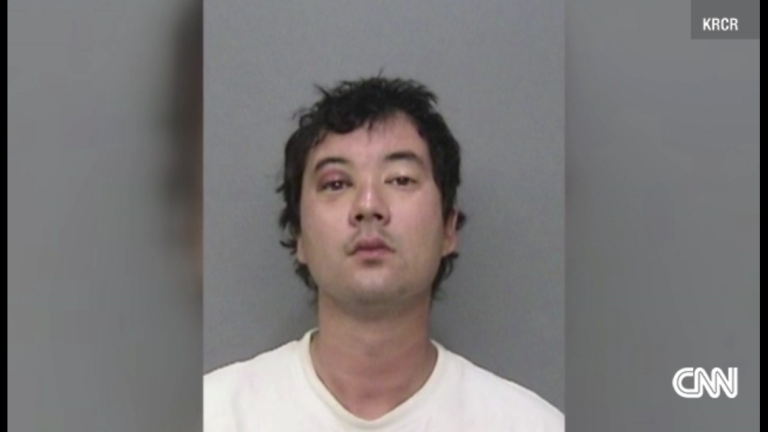 Police called the relationship between Ryan Eddy Watenpaugh and his girlfriend “toxic.” (Photo: CNN via KRCR)

The woman fled her apartment after she was physically assaulted by Watenpaugh, she told police in Redding, California. When she returned, Bear was gone.

The couple, which police say had a tumultuous dating relationship that included the woman being held against her will, briefly reconciled the first week in September. Watenpaugh, 35, cooked her a meal that included meat.

Then the text messages began. 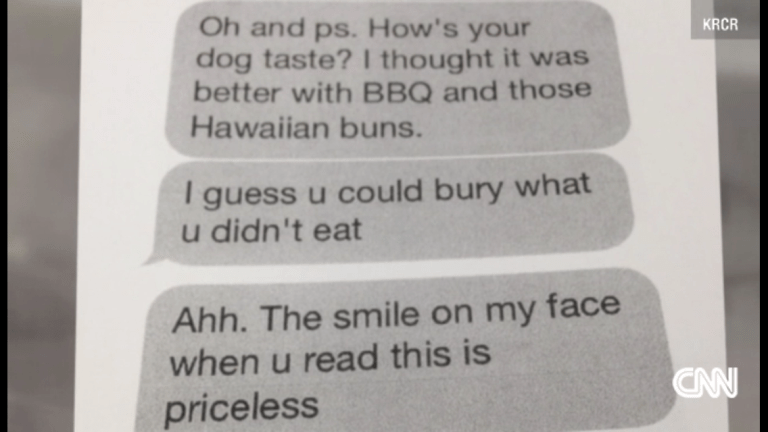 Ryan Eddy Watenpaugh sent his ex-girlfriend some disturbing texts that may imply he cooked her dog for dinner. (Photo: CNN via KRCR)

“How’s your dog taste? I thought it was better with BBQ and those Hawaiian buns.”

“I guess u could bury what u didn’t eat.”

“The smile on my face when you read this … priceless,” CNN affiliate KRCR reported. 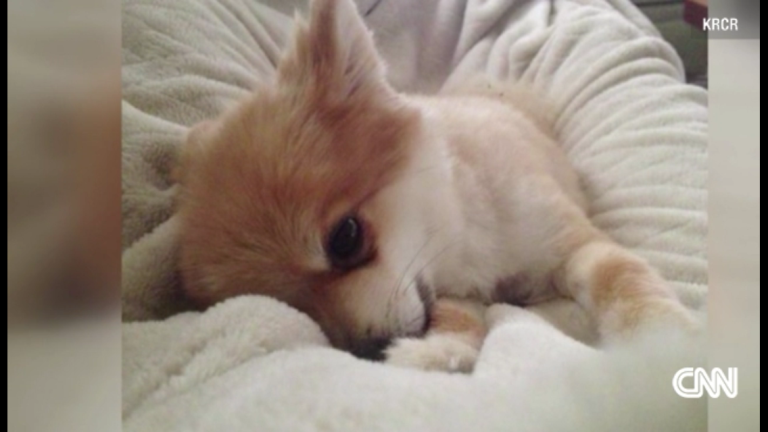 Then early Tuesday, Watenpaugh showed up at the woman’s house and left a small bag by her front door, police say. Inside was a note and two dog paws.

“Burn in hell,” the note says. “I hate you so much it hurts. Stay away from me. I want nothing to do with you. F— you.” At the bottom of the note: a smiley face. 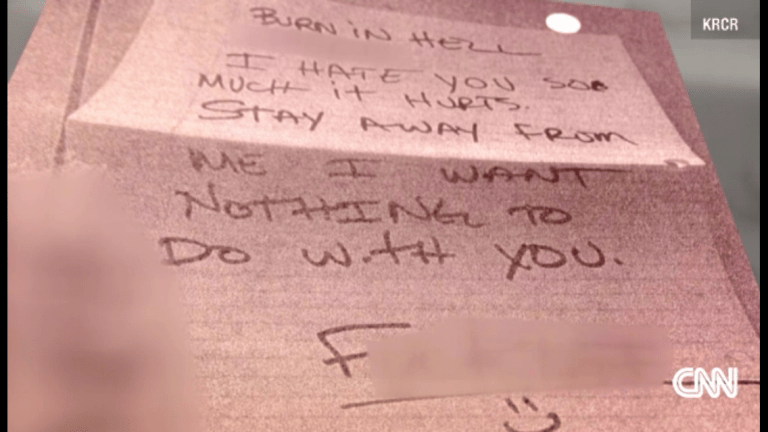 Watenpaugh left a small bag with two dog paws and this note on his ex-girlfriend’s doorstep. (Photo: CNN via KRCR)

Redding police arrested him two days later. They say he’s admitted to sending the messages and placing the dog paws at the woman’s residence, but has denied killing or cooking Bear.

“You know this is extremely strange,” Redding Sgt. Todd Cogle told KRCR. “Unusual, something we had never seen before.”

Watenpaugh has been charged with domestic violence, false imprisonment, stalking and animal cruelty. He’s being held on $250,000 bail in the Shasta County jail.