NEW YORK— One year after the shooting that cast greater scrutiny on how police interact with black communities, the death of 18-year-old Michael Brown in Ferguson, Missouri, was marked with a somber march and a moment of silence in Ferguson and rallies in New York City.

Protesters in New York City gathered outside the Barclays Center in Brooklyn at noon to promote the Black Lives Matter movement. Demonstrators will use the hashtags #shutitdown4mikebrown and #blacklivesmatter on social media.

Two people were arrested near the Fulton Mall in Brooklyn as demonstrators blocked traffic. One was targeted by police while carrying a “Black Lives Matter” sign, according to his girlfriend. 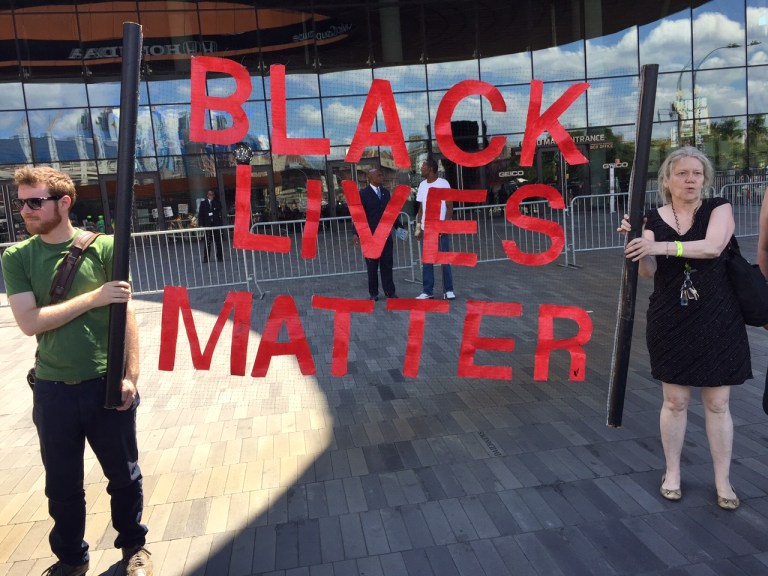 “The demand to an end of police terror will include an immediate stop to the daily brutality and deaths at the hands of police — whether at traffic stops, during broken windows harassment, or in jail cells,” the Peoples Power Assembly wrote in a release.”All lives will matter when Black Lives Matter.”

Dozens of people also marched in Union Square to mark the anniversary.

The march late Sunday morning begins at the site where Brown, who was black and unarmed, was fatally shot by Ferguson officer Darren Wilson on Aug. 9, 2014. A grand jury and the U.S. Department of Justice declined to prosecute Wilson, who resigned in November, but the shooting touched off a national “Black Lives Matter” movement.

After the moment of silence, a service commemorating the anniversary is planned at a Ferguson church. The events are among several this weekend in Ferguson and nearby St. Louis.

These are the slowest, least reliable buses in NYC