NEW YORK  — Among the thousands trying to escape the crumbling Twin Towers on Sept. 11, 2001, were small kids from the Children’s Discovery Day Care Center at 5 World Trade Center, a small building across from the iconic skyscrapers.

“It was amazing, the kids did not cry, the kids were so calm,” day care worker Karen Caycedo recalled. “But we had to maintain as much of our composure as we could because it was all about them.” 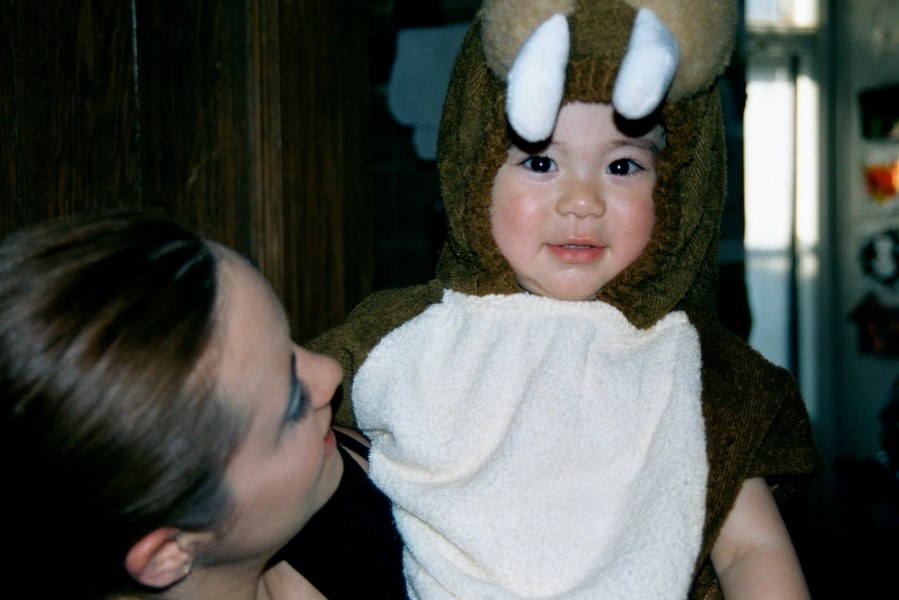 Some of those children were infants. Caycedo said she remembers the day “very clearly.”

“I had kids at my table,” Caycedo recalled. “I was by myself in the room.”

She was among the workers who carried a few of the children, while others held hands and simply ran.

“It was exhausting trying to carry and finding our way to safety and I saw shopping carts lined up and I just grabbed them and we all put them and in and we just headed away,” she said.

“I felt like were — the Earth was coming,” Caycedo added.

Miraculously, every child was saved. Eventually Caycedo’s group made it to a Lower East Side school.

“I remember putting them down in their cots and making sure each and every body was asleep,” Caycedo said. “That’s when all just like broke down.”

Communication was virtually nonexistent in the aftermath of the attacks. Art Chang and his wife Allison were left frantically looking for their 16-month-old son, Ben, who was a student at the Children’s Discovery Center.

“On the one hand I’m thinking, about the worst that could happen,” Chang recalled. “On the other hand, I felt so confident that [the day care workers] would’ve given their lives for Ben and so knowing that, you know I had a lot of hope that he would come out of the day OK.”

Chang said everyone around him — himself included — were staring at TV monitors replaying the moments planes crashed into the Twin Towers and the Pentagon and the aftermath of the crash in Pennsylvania.

Hours passed before the Changs were told Ben was safe.

“All the kids were lying in their cots, with their blankets taking their nap as if nothing had gone wrong,” Chang said, smiling. “And we just sat in this dark room and listened to the kids breathe and just have this experience of being together and feeling alive.”

Caycedo said she thinks about her students and the Changs “every single day.”

Karen and the Changs stayed in touch through social media, but haven’t seen each other face to face for 14 years.

Ben was 16 months old when they were last together. He’s a teenager now.

Just days before this year’s anniversary, PIX11 News’ cameras brought Karen, Art and Ben together, reunited at the 9/11 memorial.

“It’s overwhelming but it’s amazing,” Caycedo said through tears. “It’s amazing to see him all grown up.”

Ben said he, understandably, has no memory of that day.

“But coming here [for the first time], seeing the pools and all the names is overwhelming,” he said.

5 World Trade Center, where the Children’s Discovery Center was housed, sustained serious damage in the attacks and was demolished. PIX11 News took Karen and the Changs to another day care center, Paradigm Kids, a few blocks away, to reflect.

“In so many ways, our lives were saved because of you,” Caycedo told Ben through tears. “Because you gave us the strength to get you home.”

“I feel like I owe you my life,” Ben replied. “I’m eternally grateful, and I just feel like I’ve known you my whole life.”

And when asked whether they’ll get together again. The response was a unanimous one.

“I would love to, absolutely, there’s no question about that,” they said.

Eastbound lanes on LIE near Willis Avenue closed after crash