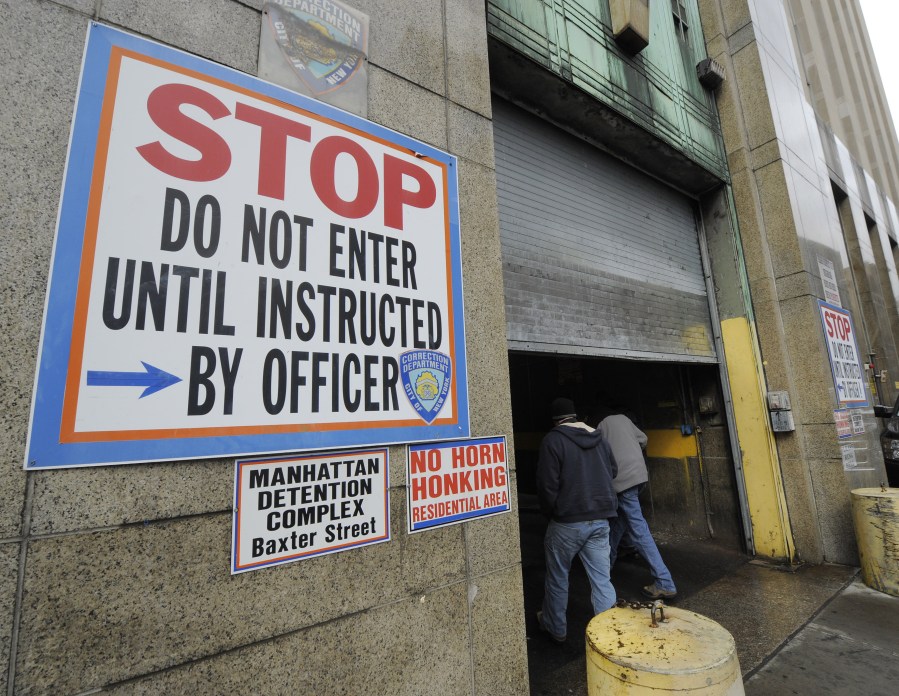 NEW YORK (PIX11) – A Manhattan prisoner whose finger was severed by an electronic sliding gate was told by a prison doctor to put the finger in the garbage, claiming it couldn’t be saved, according to court documents.

In late January, Rudolph Richardson lost part of his middle finger when a corrections officer closed the electronic door on his hand while he was using the toilet, which is located close to the doorway of the cell, according to court documents.

The Manhattan Detention Complex where he was being held — colloquially known as “The Tombs” — is located at 125 White Street in Lower Manhattan.

While bleeding profusely, Richardson had to wait ten minutes before a guard would take him to the medical clinic, according to the suit.  At the clinic, “Dr. Barnes briefly looked at Mr. Richardson’s hand and told him that his finger could not be saved,” the complaint states.  “Incredibly, Dr. Barnes informed Mr. Richardson that he should throw the detached portion of his finger into the garbage.”

Richardson says he had to plead for solution and ice to help preserve the finger.  Concerned about his treatment, Richardson asked to fill out an incident report but was allegedly told by a guard that he had just made bail and if he wanted file a complaint he wouldn’t be released.  After insisting on filling out the report, Richardson was left locked in a room without treatment, despite filling out the form in just a few minutes, the suit claims.

Eventually he was handcuffed and taken to Bellevue Hospital where he underwent a successful surgery to reattach the severed finger.  Richardson is now suing Corizon, the private company that provides New York City inmates with health care, and Dr. Landis Barnes.  The suit doesn’t specify the amount sought in damages.

Corizon has not returned multiple requests for comment on this story.