A spokesperson with the FDNY said the call came in shortly after 10 a.m. about a construction site at 331 Madison Ave. near East 43rd Street. EMS said it appeared a wall collapsed at the site.

The injured workers were rushed to  Bellevue hospital with serious but non-life threatening injuries, EMS said.

“During interior demolition at 331 Madison Avenue this morning, four workers were injured when they fell while taking down a large light fixture. Three of the four are expected to be released from the hospital today; the fourth remains at Bellevue Hospital and is in stable condition. The work was being performed by Waldorf Demolition with Tishman Construction acting as construction manager, and there was a licensed site safety manager present. Safety is our top priority and we are working with our contractors and the Department of Buildings to ensure that work can resume safely at 331 Madison.”

A witness told PIX11 News she saw four men carried out of the site on stretchers, their necks wrapped in braces. She said fellow workers appeared “angry” that their co-workers were hurt.

“When we saw 12 fire trucks coming this way, we knew something was really wrong,” witness Rhonda Roberts said. 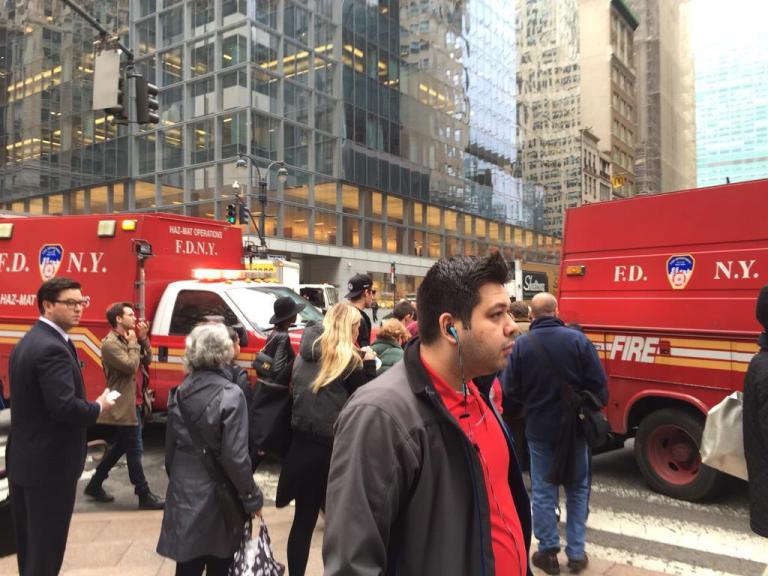