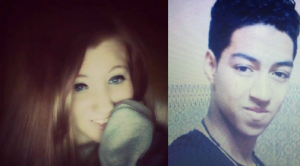 CLINTON, Conn. — Police are investigating a Connecticut teen who is missing after flying to Morocco to meet with a Facebook friend.

Rebecca Arthur, 17, was dropped off at the Delta Airlines terminal of JFK International Airport on Monday, police reported. She then flew to Casa Blanco, Morocco, to meet up with a Facebook friend, Sima El Adala.

The two have been in a relationship since Feb. 18, 2015, according to Facebook profiles that match the pair’s names and photos. El Adala’s profile features several pictures of the young girl.

Police said they are sure Arthur arrived in Morocco on Tuesday. 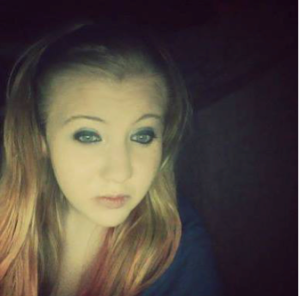 Rebecca Arthur, 17, is missing after allegedly flying to Morocco to meet a Facebook friend

Her parents were unaware of her travel plans or any details of their daughter’s Facebook friendship, police said.

Arthur is described as a white female, approximately 5 feet tall, 150 pounds, with blue eyes and blonde hair with red highlights. She was last seen wearing black yoga pants, a black sleeveless shirt and pink, blue and white Nike sneakers. She was traveling with a red suitcase.

The Clinton Police Department is urging anyone with information on Arthur, El Adala or their whereabouts to contact them at 860-669-0451.

The New Rochelle officers were attempting to arrest the suspect near Myrtle Avenue and Fleet Walk when shots were fired, according to the NYPD.

The NYPD on Saturday night released surveillance images of a man they say stole the credit card of a McDonald’s employee and used it to buy food there.

COLUMBUS, Ohio — There are plenty of waistline-related reasons to avoid highly processed foods, but a new study is adding yet another to the list. Ohio State University scientists report ultra-processed foods actively harm memory function within older brains.

Researchers fed a group of older rats a diet of highly processed foods for a month, sparking a strong inflammatory response in their brains. A number of behavioral signs of memory loss followed as well. Importantly, younger rats fed the same highly processed diet did not experience similar memory declines.

How to spot ‘shrinkflation’ at the grocery store (and save money)

1 in 3 men would give up watching football to get rid of their belly fat: study