STATEN ISLAND —  Police are searching for a man suspected of stabbing to death a woman and two of her young children and injuring another child at a Staten Island hotel.

Michael Sykes, 23, was named by police as the suspect in Wednesday morning’s stabbing at the Ramada Inn located at 535 Gannon Ave. Sykes is the father of one of the slain children.

Police said the family was homeless and were living at the Ramada Inn since December 2015. The hotel houses several transient families. The family involved in this attack had no prior evidence or history of domestic violence, police said. There was no indication Sykes was living with Rebecca Cutler, 26, and her children.

But on Tuesday, Sykes and Cutler had an argument and he took her phone, according to the NYPD.

The next day, Cutler was with her three children at a deli on Victory Boulevard at 7:30 a.m., police said. Sykes waited in the hallway for the family to return from the diner before allegedly attacking them, police said.

Cutler was pronounced dead at a hospital.

Her daughters — Ziana Cutler, 1, and Maiyah Sykes, 4 months — were rushed to another hospital where they were pronounced dead.

The third child, who is 2, was taken to the hospital. Police said it “looks like she’s going to make it.” 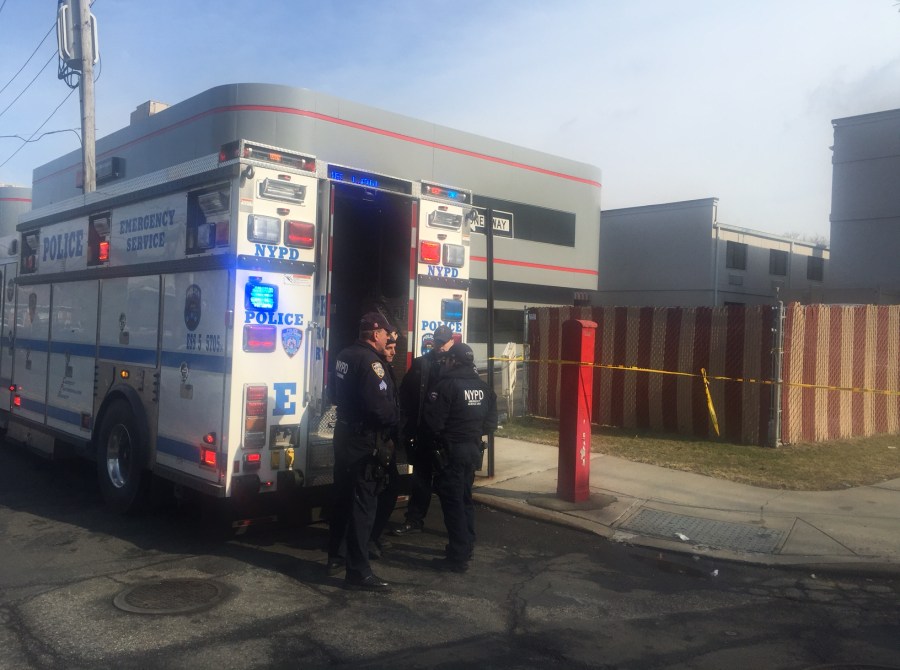 Investigators said Sykes called a family member at 10:30 a.m., admitted to the crime and said he may take his own life. He then boarded a bus to St. George Terminal and fled on the Staten Island Ferry, police said.

Officers recovered a large kitchen knife “covered in blood” at the scene which they believe was the murder weapon, NYPD said.

The hotel where Cutler and her children lived has been servicing homeless families since August 2015 and until now had no record of violence, police said. The hotel has overnight security but not during the day.

The city’s Department of Homeless Services is offering security to all 41 hotels housing homeless families around the five boroughs.  de Blasio said the extra security will be available immediately and at no charge to the hotels. Because the hotels are private property, it is up to the hotel manager to decide if they’ll accept the services.

A city official told PIX11 New the City pays $155 per room, per night at the Ramada Inn for homeless families.

de Blasio said the city plans to stop the use of hotels for homeless services as soon as possible.

“There will be moments when there’s a particular need we may have to turn to hotels,” de Blasio said. “But the goal is to use hotels less and less.”

With Sykes still on the run, police are urging anyone who sees him not approach him but to call 911.