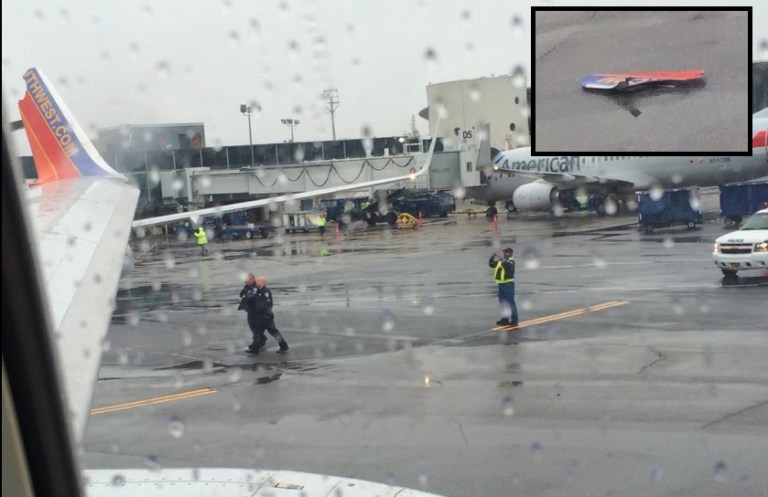 The wing of a Southwest Airline was clipped. (Photo by Christiana Peppard)

The wing of the Southwest Airlines plane clipped an American Airlines jet on a taxiway at LaGuardia about 11:30 a.m.

.@SouthwestAir plane I was on had its wing clipped; impact with @AmericanAir plane; unclear who is at fault @ LGA http://t.co/u6CTrru3sO—
Arí Isaacman Astles (@Ari_Be_Free) December 23, 2014

Sources say the Southwest plane was trying to go around the American jet when it clipped the wing. 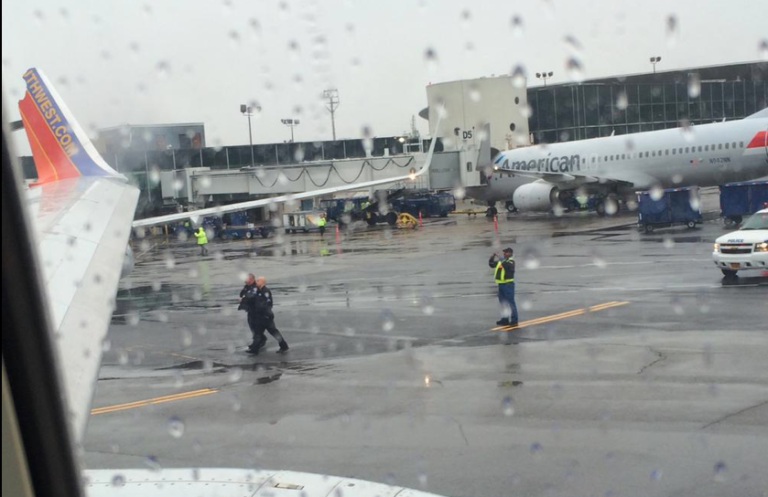 Southwest Airlines released a statement shortly after about the incident.

“The wingtip of the aircraft operating Southwest Airlines Flight #449 departing from New York LaGuardia to Denver came in contact with another aircraft that was awaiting a gate. The 143 Customers onboard Flight 449 deplaned the aircraft via air stairs and were bussed to the terminal where our Teams are working to get them to their destinations.  The aircraft involved has been taken out of service for inspection and repairs.  There are no reported injuries among the Customers and five Crewmembers. ”

The planes were moved off the taxiway under their own power.

The Federal Aviation Administration is on the scene investigating.