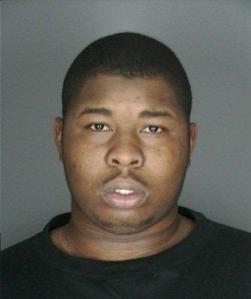 NEW YORK (PIX11) — Ten reputed gang members have been arrested for allegedly running a “high-volume gun trafficking ring” that bought weapons around the northeast and sold them on the streets of New York City, at times using Metro-North trains to smuggle the weapons into the five boroughs, the state’s Attorney General said Wednesday.

It’s part of an ongoing crackdown on illegal gun sales.

Firearms sold by the gang, according to the 367-county felony indictment, range from .22-caliber pistols to assault weapons. Serial numbers were scratched off 11 of the guns, making them untraceable.

An investigation into the ring began last summer. An undercover detective posed as a gun reseller to purchase weapons directly from Soler, the AG’s office said. Investigators learned that allegedly ring members would text each other photos of guns for sale.

The following defendants are named in the indictment and face charges of felony conspiracy and criminal possession and criminal sale of firearms, according to the AG’s office:

Soler, the suspected ringleader, was also charged with conspiracy in the second degree for allegedly plotting to kill a rival gang member, investigators said. That charge carries a maximum sentence of up to 25 years in prison.

If convicted, the lead defendants — Soler, Snyder, Hunter and Beckford — face up to 25 years behind bars on the top count, criminal sale of a firearm in the first degree.