The crash happened at the intersection Victory Boulevard and Travis Avenue around 2 p.m.

Police say a woman driving a Lexus sideswiped a parked car and then fled the scene. The driver struck three cars while speeding away. 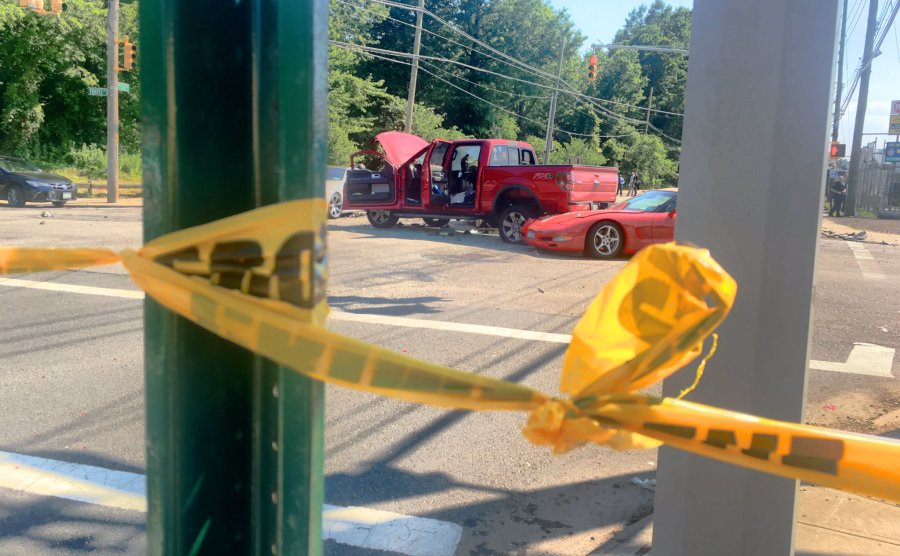 One of the cars became airborne and landed in the middle of the intersection.

Police say a 75-year-old man was pronounced dead at the scene.

Investigators were still on the scene at 10 p.m. trying to piece together the sequence of events.

This is a developing story. Please check back for more information.

(KXAN) -- Some counties across several states are finding they have too much COVID-19 vaccine supply with too little demand, while others don't have enough to go around -- and who these counties voted for in the 2020 presidential election has more to do with it than you might guess.

While many factors likely contribute to vaccine availability nationwide, the New York Times recently examined survey and vaccine administration data for all U.S. counties, finding states and counties with high concentrations of people who voted to re-election former President Donald Trump are the most likely to have adults who are vaccine hesitant.

INDIANAPOLIS — Members of Indianapolis’ tight-knit Sikh community joined with city officials to call for gun reforms Saturday as they mourned the deaths of four Sikhs who were among the eight people killed in a mass shooting at a FedEx warehouse.

At a vigil attended by more than 200 at an Indianapolis park Saturday evening, Aasees Kaur, who represented the Sikh Coalition, spoke out alongside the city's mayor and other elected officials to demand action that would prevent such attacks from happening again.

MANHATTAN — Newly released court documents show an Ohio man arrested for bringing an unloaded, military-style rifle into a Times Square subway station was found by police sitting with the three-foot-long weapon lying on the floor, inches from his foot.

A police officer says he recovered an ammunition magazine containing 17 rounds from a paper bag that was also on the floor near the 18-year-old man, Saadiq Teague, along with a loose round.