David Cassidy, the star of “The Partridge Family” who morphed into a wildly popular 1970s teen heartthrob,  died Tuesday in a Florida hospital where he was hospitalized for organ failure, according to his publicist Jo-Ann Geffen. He was 67.

“David died surrounded by those he loved, with joy in his heart and free from the pain that had gripped him for so long. Thank you for the abundance and support you have shown him these many years,” Geffen said.

Cassidy was said to have been in failing health for about two months, suffering kidney failure and in need of a liver transplant. Earlier this year, Cassidy announced he was in the earliest stages of dementia after a public stumble sparked speculation he was abusing alcohol again.

Cassidy was best known for his role of Keith Partridge on the 1970s sitcom “The Partridge Family,” which aired from 1970-1974 and continues in reruns on channels including WPIX sister network Antenna TV.

“The Partridge Family,” a sitcom about a mother and five children who formed a rock ‘n’ roll band, gave Cassidy a national audience for his music. As Keith Partridge, Cassidy captured the spirit of 1970s youth. The show was inspired by a real-life family rock group called The Cowsills.

His wispy voice and wholesome persona broke out from the small screen. At the time, his fan club reportedly was bigger than those of Elvis Presley and The Beatles, and the singer toured the world singing his hit songs, filling concert halls with screaming teenage girls.

The single “I Think I Love You,” featuring Cassidy on lead vocals, hit No. 1 on the Billboard charts in 1970 and sold more than 5 million copies. The songs “Doesn’t Somebody Want To Be Wanted” and “I’ll Meet You Halfway” also cracked the top 10 the next year.

The group was nominated for a best new artist Grammy.

As for a career highlight Cassidy remembered fondly, he described the roar of a crowd that included his family at a 1972 performance at Madison Square Garden.

“It was so emotional for me. I was so blessed to have that moment with them,” he told CNN in 2014. “It’s the highlight of my life.”

After the ‘Partridge Family’

Cassidy continued to work in television after “The Partridge Family” ended, performing in theater productions and briefly landing his own show, “David Cassidy – Man Undercover,” which lasted a season.

The actor-singer fared better in Las Vegas. He starred as the leading man of MGM Grand’s “EFX” in 1996 and developed a show titled “At the Copa,” which he co-starred in with Sheena Easton in 2000.

Cassidy released his autobiography, “Could It Be Forever? My Story,” in 2007, writing about the pitfalls of fame and his failed first two marriages.

He had a daughter, Katie Cassidy, in 1986, from a relationship with Sherry Williams Benedon, and a son, Beau, with third wife Sue Shifrin, in 1991.

Cassidy has spoken publicly in recent years about his struggles with alcohol. He was arrested for driving under the influence on three separate occasions during a four-year span starting in 2010, and ended up in rehab in 2014.

In an interview with CNN in 2014, Cassidy said his trouble with alcohol was “very humbling and it’s also humiliating.”

Earlier this year, Cassidy revealed that he was in the early stages of dementia, the same disease his mother and grandfather suffered from.

“To watch someone who raised you lose their mind and disappear is arguably the most painful thing I have ever experienced,” Cassidy told CNN in a 2012 interview.

Of his own diagnosis, Cassidy told People Magazine,“I was in denial, but a part of me always knew this was coming.”

Cassidy was the stepson of actress and fellow “Partridge Family” star Shirley Jones. His father was actor Jack Cassidy, a star of TV, stage and screen who died in a fire in his West Hollywood apartment in December 1976, at age 49.

His half-brother Shaun Cassidy, also a former actor and singer and now a TV producer, tweeted Wednesday afternoon, “Thank you for all your love and good wishes for David. It means the world to all of us.”

Cassidy’s nephew, Jack Cassidy, tweeted about his uncle’s death, saying “I can’t help but thank God for the joy that he brought to countless millions of people.”

Those who worked with Cassidy in the entertainment business shared their memories and condolences on social media.

Musician Brian Wilson of the Beach Boys said he and Cassidy once started writing a song together.

“He was a very talented and nice person. Love & Mercy to David and his family,” Wilson said.

Actress Marlee Matlin tweeted, “To me and millions of us you were forever young.”

Interviewer Larry King said, “Like his father Jack he had great talent, and a complicated life. Condolences to his wonderful family.”

Alexa PenaVega worked with Cassidy on “Ruby & the Rockits,” a 2009 TV show created by Shaun Cassidy, David’s half-brother. She said Cassidy was “an amazing TV daddy.” 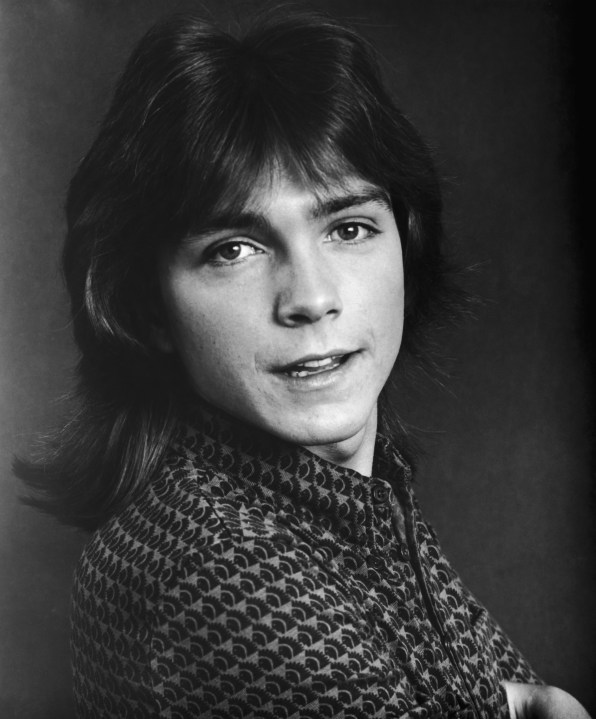 NEW YORK --- Sidewalk seats and curbside tables have appeared around the city during the pandemic.

They were a lifeline to businesses. Application fees and many rules for cafes were waived during the emergency declaration.

The bill was unanimously approved by City Council, and increases the minimum fine for damaging houses of worship from $500 to $1,000.

NEW YORK --- New York City will continue to restrict use of plastic straws after the city council passed a new measure restricting their use in restaurants, bars and markets.

The legislation, first introduced by Councilmember Rafael Espinal in 2018, bans the provision of single-use plastic stirrers and "splash sticks" of any kind, in addition to the limitation of straws.

Will I need a booster shot of the COVID-19 vaccine?

Mayoral Race: As Yang battles controversy, other contenders look to stand out

Modernizing the city: Mayoral candidates want an app for that

Woman whose body was found in car trunk on LI was beaten with bat, machete: DA

NJ’s race for governor: A list of everyone running for New Jersey governor in 2021