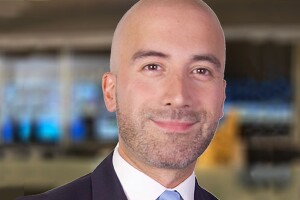 Andrew Ramos is an Emmy Award-nominated journalist who has spent nearly a decade in front of and behind the camera working in television news production in New York City.

He is currently a feature and general assignment reporter for the PIX11 News at 5 and 10 p.m. From A-listers to local celebrities in the community, Andrew features their stories each night.

A native of Passaic, New Jersey, Andrew is the youngest of two brothers and one sister.

After graduating from William Paterson University, Andrew landed his first on-air gig hosting a local music video show in New Jersey. He got his foot in the door landing interviews with several then-up-and-coming artists like T-Pain, Ciara and Pitbull.

Andrew eventually worked his way up the ladder at several local TV stations in New York. It’s where he would learn all about the back end of production, working as a writer and producer. Along the way he has made pit stops at NY1, The Montel Williams Show, HBO Sports, WNYW FOX 5 and WPIX.

He served as one of the founding hosts of the popular CW Source Blog.

It was at WPIX where he made his on-air debut, filing feature and entertainment stories for the PIX 11 News at 10 and the PIX 11 Morning News.

Over the years, he has been nominated for multiple Emmy Awards for his reporting. In addition to being a reporter, Andrew is also a featured spokesman for the New York State Lottery. He has appeared in a handful of ads in the New York City market.