10 people shot in the Bronx within eight hours: police 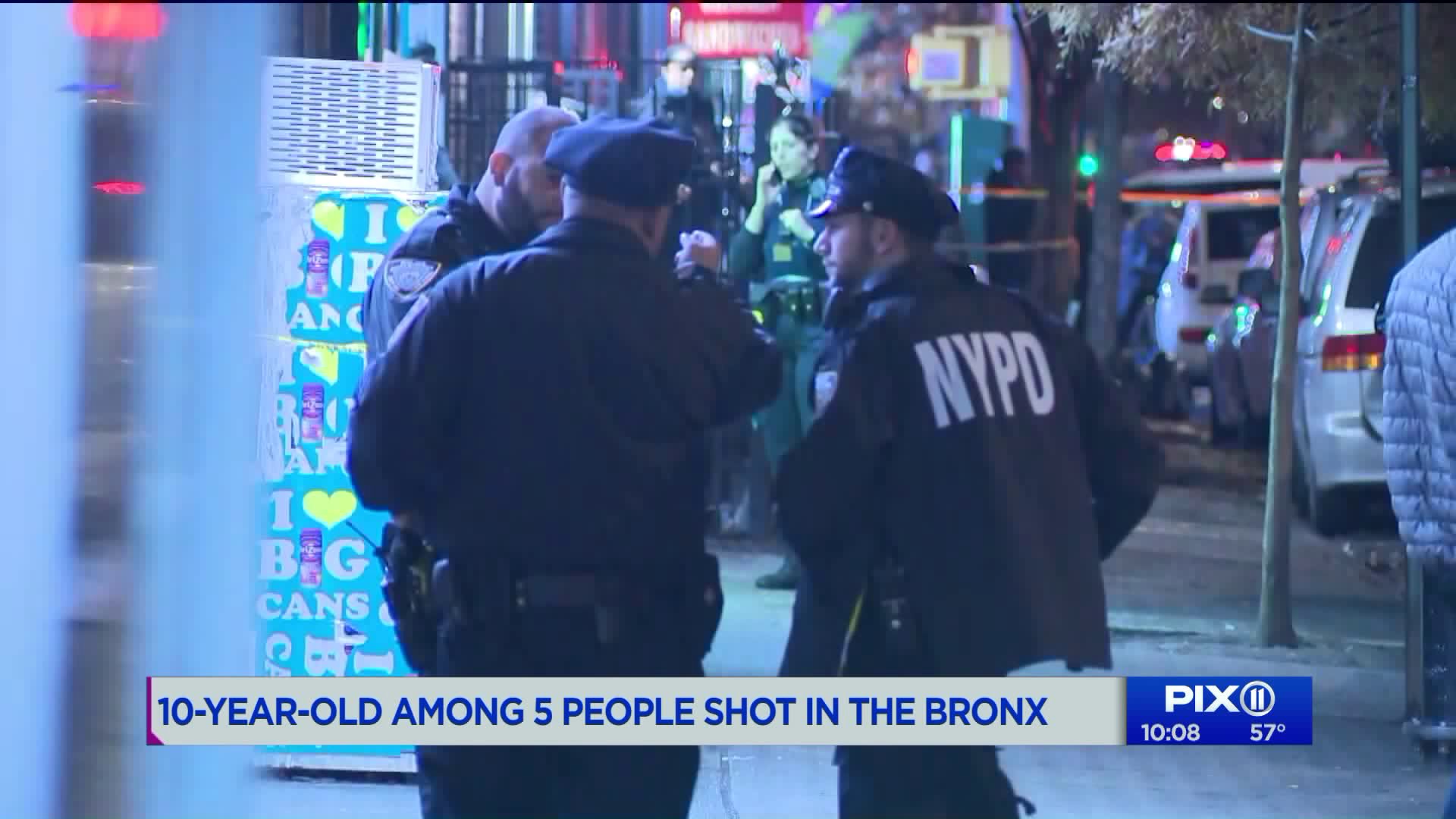 Five people were shot, ranging in ages from 10 to 36 years old, in the Bronx Wednesday afternoon, according to police. 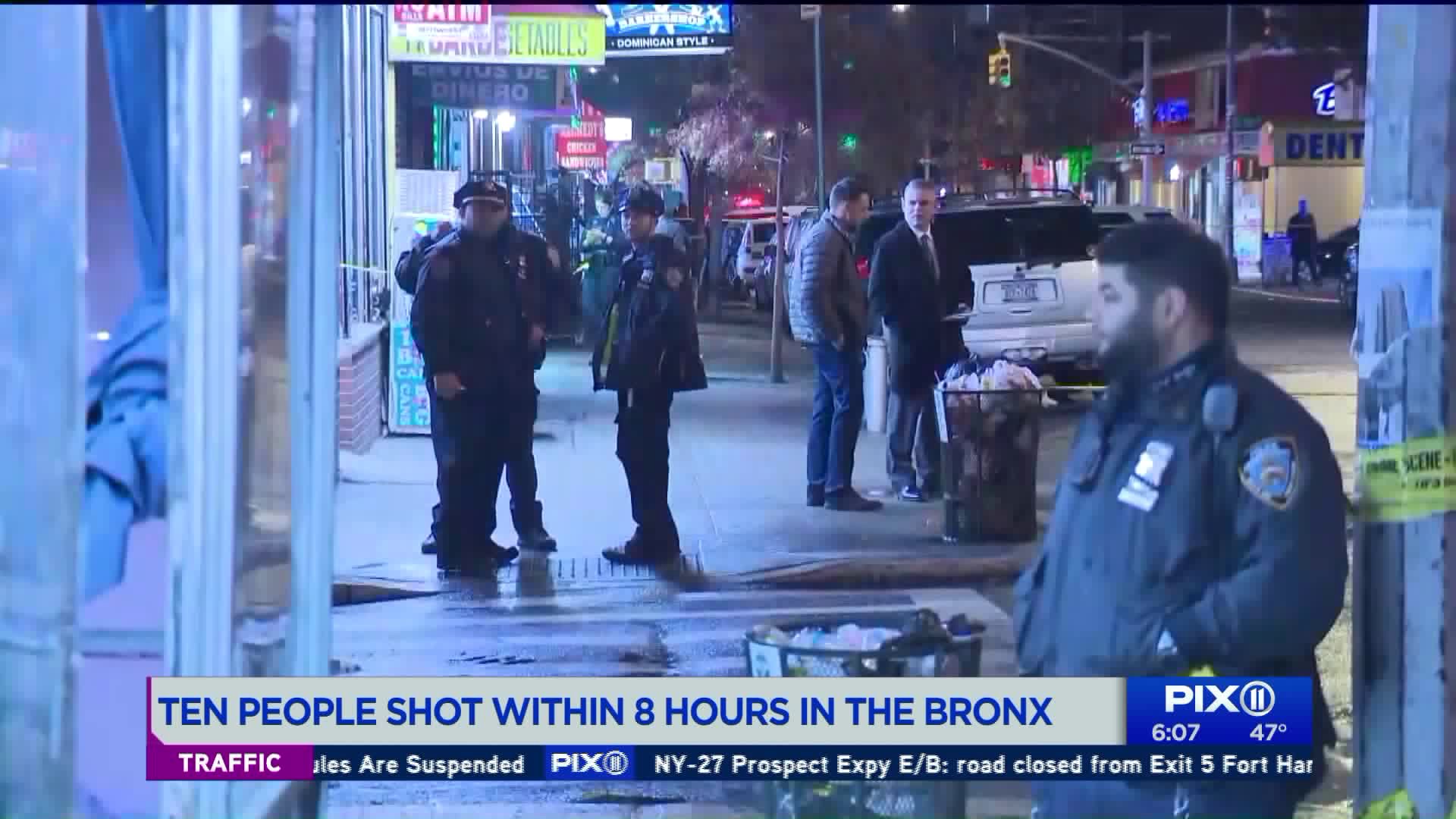 PELHAM BAY, the Bronx — A man and woman were shot in the Bronx overnight, bringing the total number of people shot in the borough to 10 within eight hours, officials said Thursday.

Police said the man and woman, both in their 20s, were shot just before 1 a.m. Thursday while sitting in a car near the intersection of Ericson Place and Edwards Avenue in the Pelham Bay area.

Authorities told PIX11 News the man was grazed in head, while the woman was shot in the shoulder.

The alleged gunman fled the scene on foot, according to police.

The pair drove themselves to a nearby hospital with non-life-threatening injuries, officials said.

This shooting came hours after three men were shot in the Longwood section of the Bronx late Wednesday night.

Earlier Wednesday, five people were wounded, including boys ages 10 and 15, when gunfire erupted around 4 p.m. in the Melrose section of the borough.