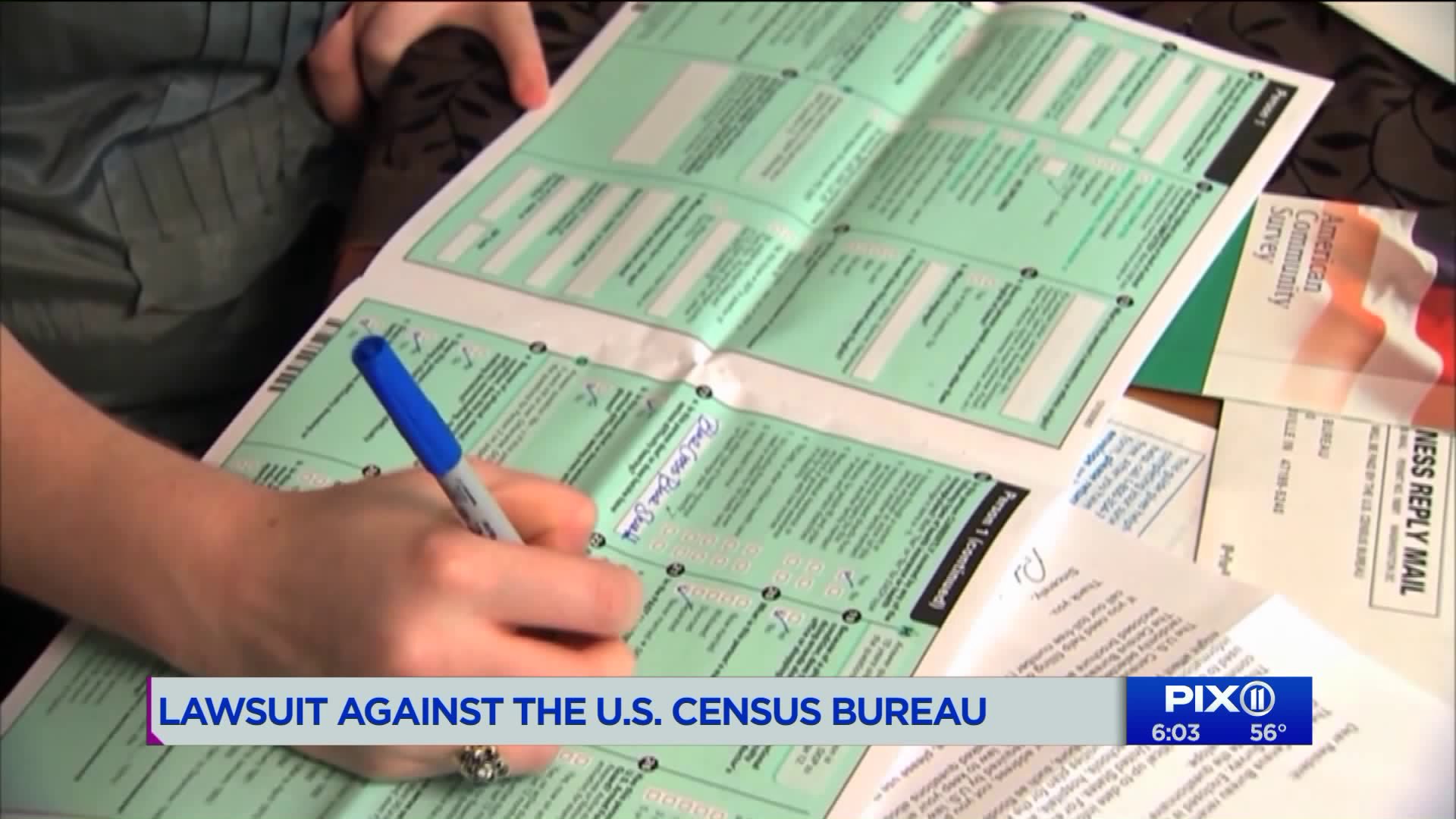 With the 2020 Census around the corner, local advocates are sounding the alarm, filing a lawsuit against the US Census Bureau, claiming it`s deliberately employing tactics to leave communities of color out of the count.

NEW YORK — The Census is a long standing American tradition that has taken place every decade since 1790.

Its goal is to count up the United States population, state by state, collecting demographic information in the process.

The numbers will later determine how much federal funds, grants and support to states, counties and communities each region receives.

With the 2020 Census around the corner, local advocates are sounding the alarm, filing a lawsuit against the US Census Bureau, claiming it’s deliberately employing tactics to leave communities of color out of the count.

The Center of Popular Democracy, in a partnership with the City of Newburgh and Yale Law School, claim the Census Bureau has gutted the number of census offices nationwide in half and also scaled back the number of door-to-door enumerators by nearly 200,000.

“These are exactly the activities that the bureau has relied on in the past to ensure that hard-to-count communities are accurately counted and receive the representation they deserve,” Rachel Brown of Yale Law said at a press conference Tuesday.

Ana Maria Archila of CPD agreed that the strategy by the Bureau will lead to a disaster in black and Latino communities.

“Fewer staff, fewer resources and less outreach adds up to a massive under count,” she said.

Despite a recent Supreme Court decision that ruled that a controversial question about immigration status will not be included in the census, it has already tainted the proces, according to Archila.

“Even though that question won’t be in the questionnaire people already feel profoundly distressed of the census,” she said.

Some local organizations, including Make The Road New York. say they plan their own outreach ahead of the survey’s distribution in March 2020.

The US Census Bureau is currently recruiting thousands of people across the country to assist with this 2020 count. Those who are looking for a part-time gig and want to help their community are urged to apply.