Exclusive: Chefs behind L train Thanksgiving meal share why they cooked up a feast 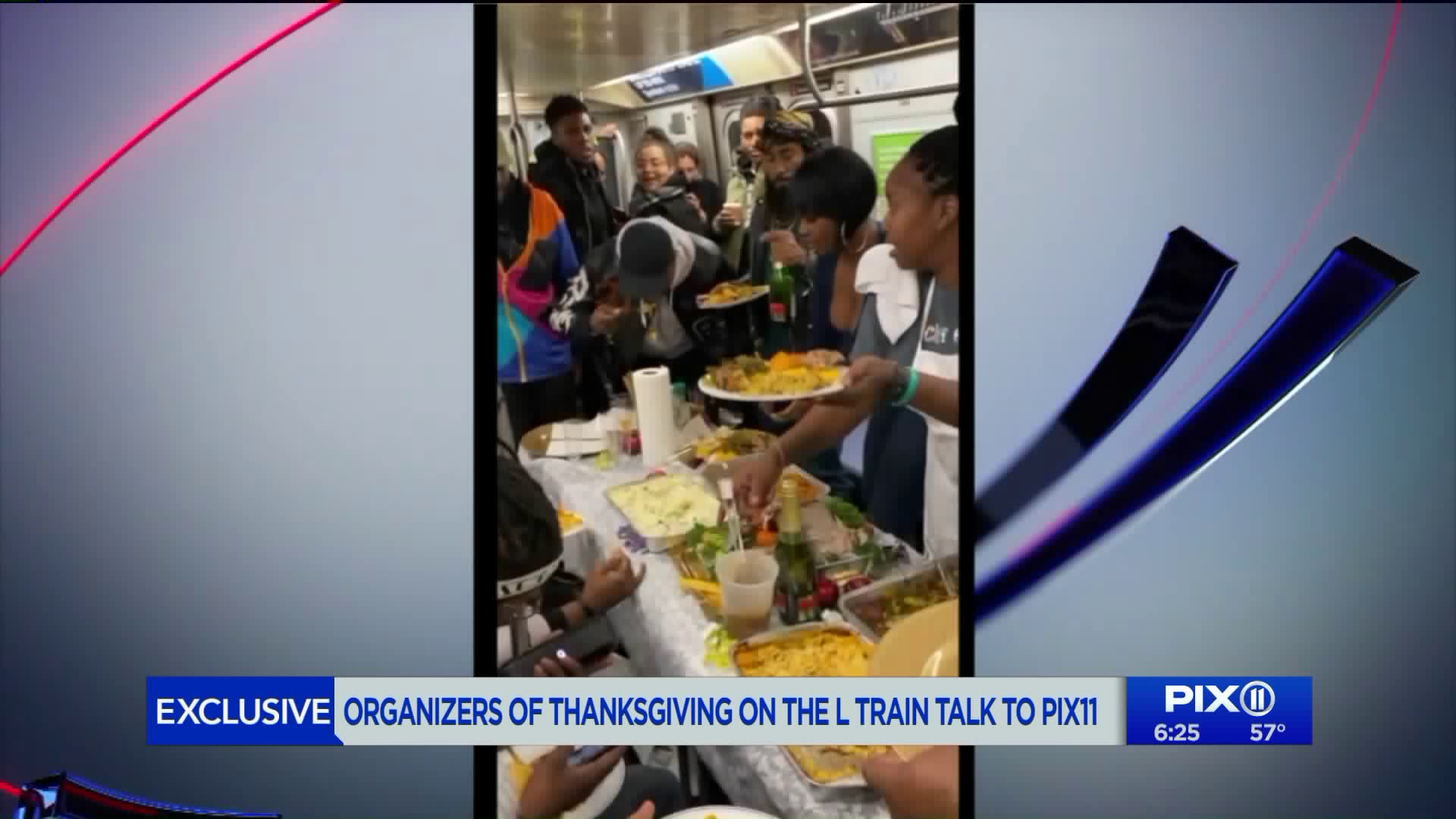 They planned it for three months. The group wants to make it an annual Thanksgiving tradition.

PIX11’s Jennifer Bisram spoke with the people who prepared the mobile feast on Tuesday.

“We planned this for three months,” said Jodell Lewis, came up with the idea. "I said 'let’s take it to the train, let’s do Friendsgiving on the train.'"

And, for a whole hour Sunday evening, with tables and decorations and while the train was making stops from Union Square to Broadway Junction, dinner was served to commuters.

“They were saying 'thank you' and 'the mac and cheese is on point,'” Lewis said from Bedford stop in Williamsburg.

Brandi, "Chef B," Baxter, who has a local catering business, donated and cooked all the food.

“The fact that we were able to give back like that was so dope,” she said.

While many were taking plates of food, others took out their phones to take video.

The heartwarming videos have have now gone viral, but that’s not what made it special for Chef B, Lewis, Dupree G.O.D, Idriss Alison-Konteh, Danny Duces, Daniel Jean and Charles.

“The purpose of that video was to provide a good time to New Yorkers and give back to community,” said Lewis.

For those who say it was dangerous to do on a moving train, the group told PIX11, “people flip and dance on the train touching ceilings and stuff that’s dangerous, food on the train is not dangerous.”

While NYC’s subway system may be known for many things, now, it’s known for something else, something more positive: Thanksgiving on the train.

The group wants to make it an annual Thanksgiving tradition.

They will be doing a free comedy show for New Yorkers Friday at the Manhattan Neighborhood Network.