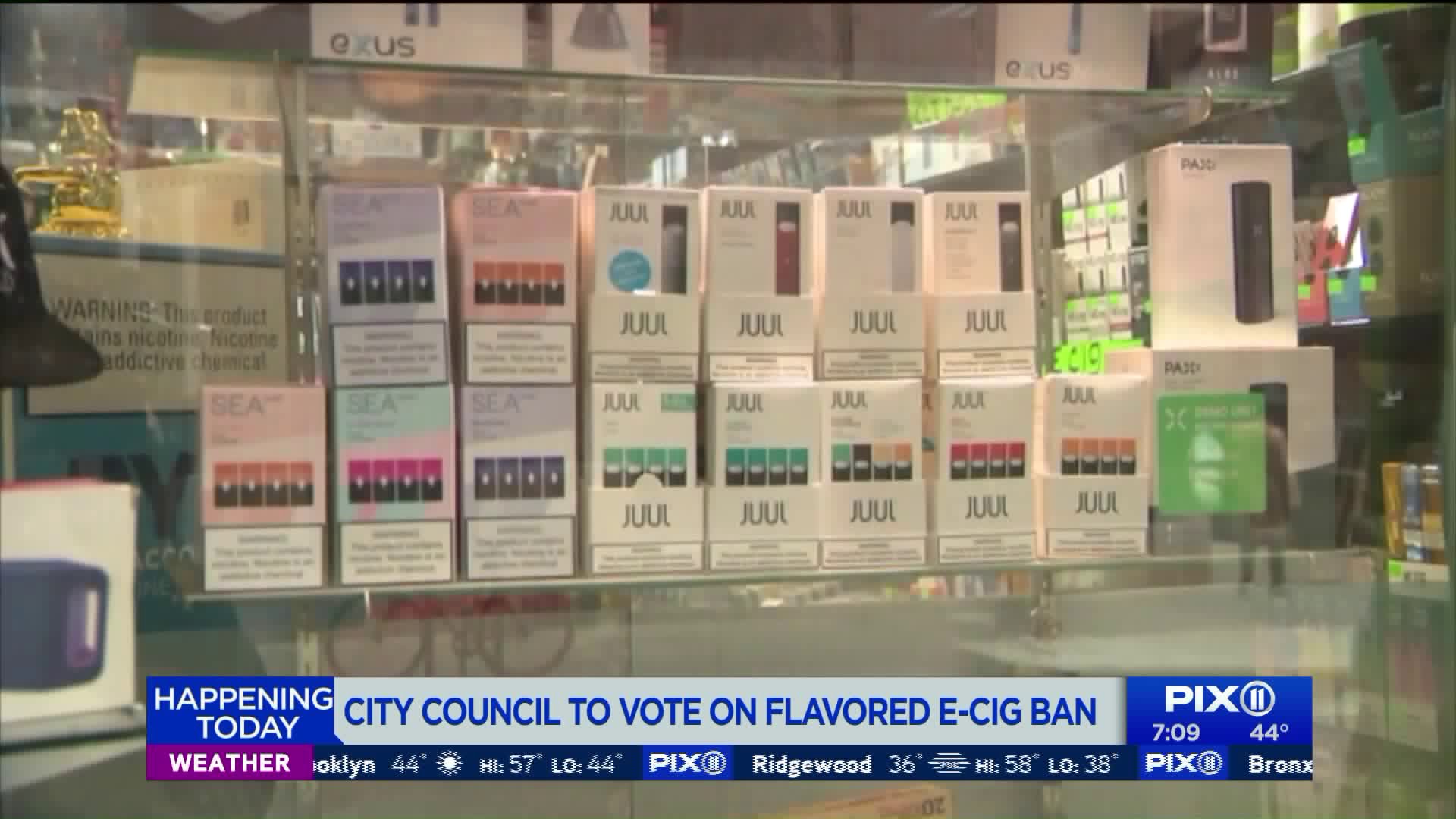 New York lawmakers are expected to vote on a bill banning flavored vaping products and are poised to be the first major city to impose a ban like this.

NEW YORK — New York City is poised to be one of the first big cities to ban flavored vaping products, including menthol and mint.

Pressure against the industry has been mounting from every political corner in New York.

Mayor Bill de Blasio expressed his support for the ban on Monday.

“I’m certain some people benefit, but we know the flavors were being used to hook children, and we know we now have a health crisis,” he said.

Gov. Andrew Cuomo’s emergency ban on flavored nicotine products, widely blamed for hooking a new generation of kids with their bubble gun and sweet, fruity flavors, is currently tied up in the courts.

A 17-year-old New York boy is among those who’ve died from vape-related illnesses, now numbering 47 people in the country.

Juul has spent a quarter of a million dollars in New York with lobbying firms trying to block bans, according to the New York Times.

The City Council’s health committee voted unanimously on Monday to ban the products, paving the way for easy passage Tuesday.

The bill then goes to de Blasio to sign, which he has promised to do.