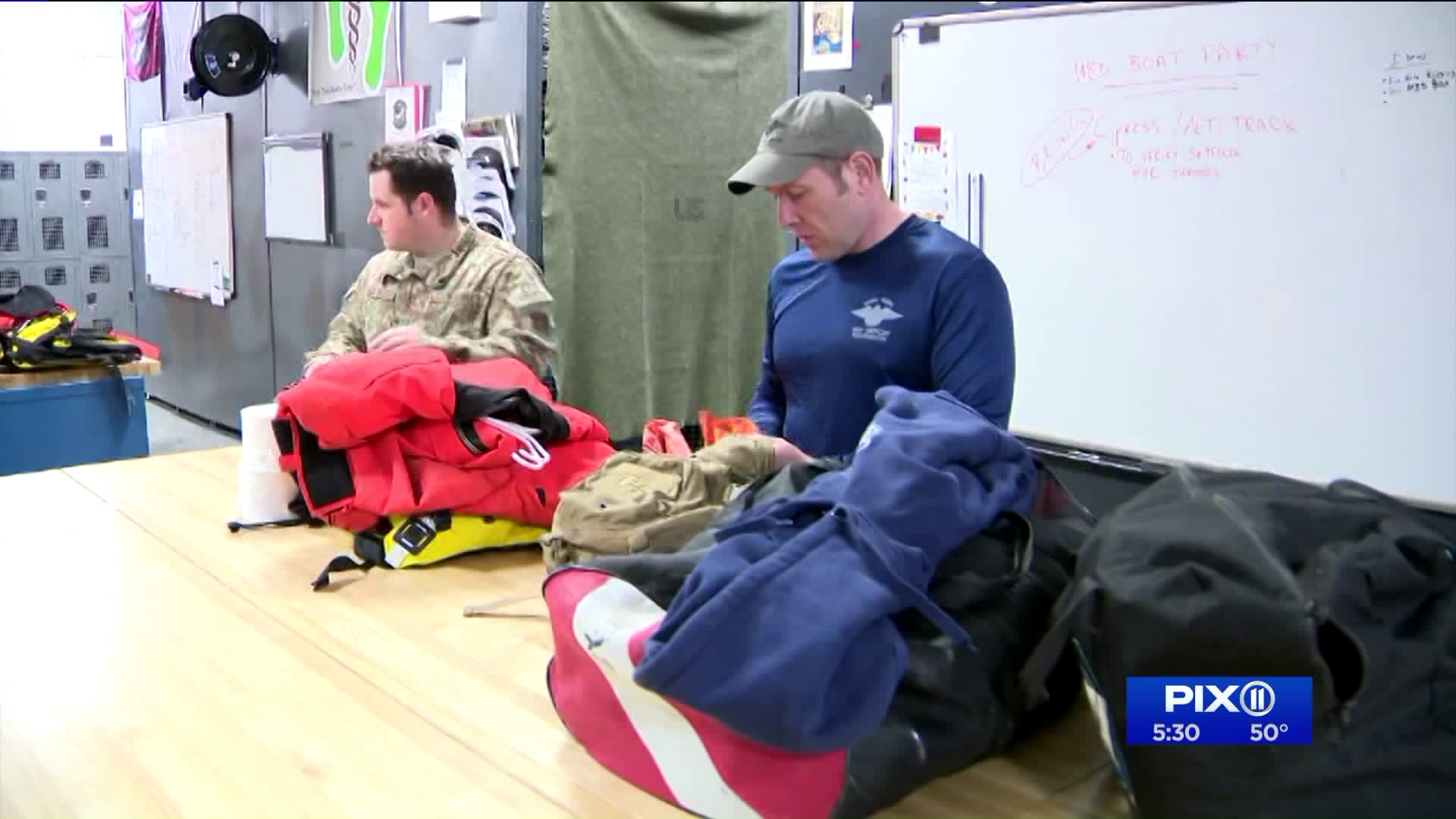 An elite group is training to keep astronauts safe. We went with them as they trained. A story you`ll only see on PIX11.

WESTHAMPTON, L.I. — Jumping out of planes and on to personal watercraft by parachute, from 3,500 feet — that's just part of the life-risking activities that some elite airmen from our region engage in in order to save lives.

And now that the U.S. is preparing to once again start launching Americans into space, members of the 103rd Rescue Squadron are now training to be one of the main organizations that rescues astronauts.

"It's probably the most noble mission," said Col. Michael Bank, commander of the 106th Rescue Wing, which oversees the squadron. "In somebody's darkest hour, we're going to be able to go out there, and provide them what they need."

Americans have not been launched into space from U.S. soil since the space shuttle program ended in 2011. Now, however, with the corporations Boeing and SpaceX contracted with NASA to begin manned spaceflight missions starting next year, the rescue squadron has to drill over and over to ensure it's ready to rescue astronauts, in case a launch has to abort and make an emergency splashdown.

The 103rd Rescue Squadron is one of only two on the East Coast to be engaged by NASA to be at the ready for search and rescue for astronauts after launch and during the early stages of space missions.

PIX11 got an exclusive look at the squadron's training, in a recent exercise at sea. PIX11 video journalist Keith Lopez was embedded with the unit.