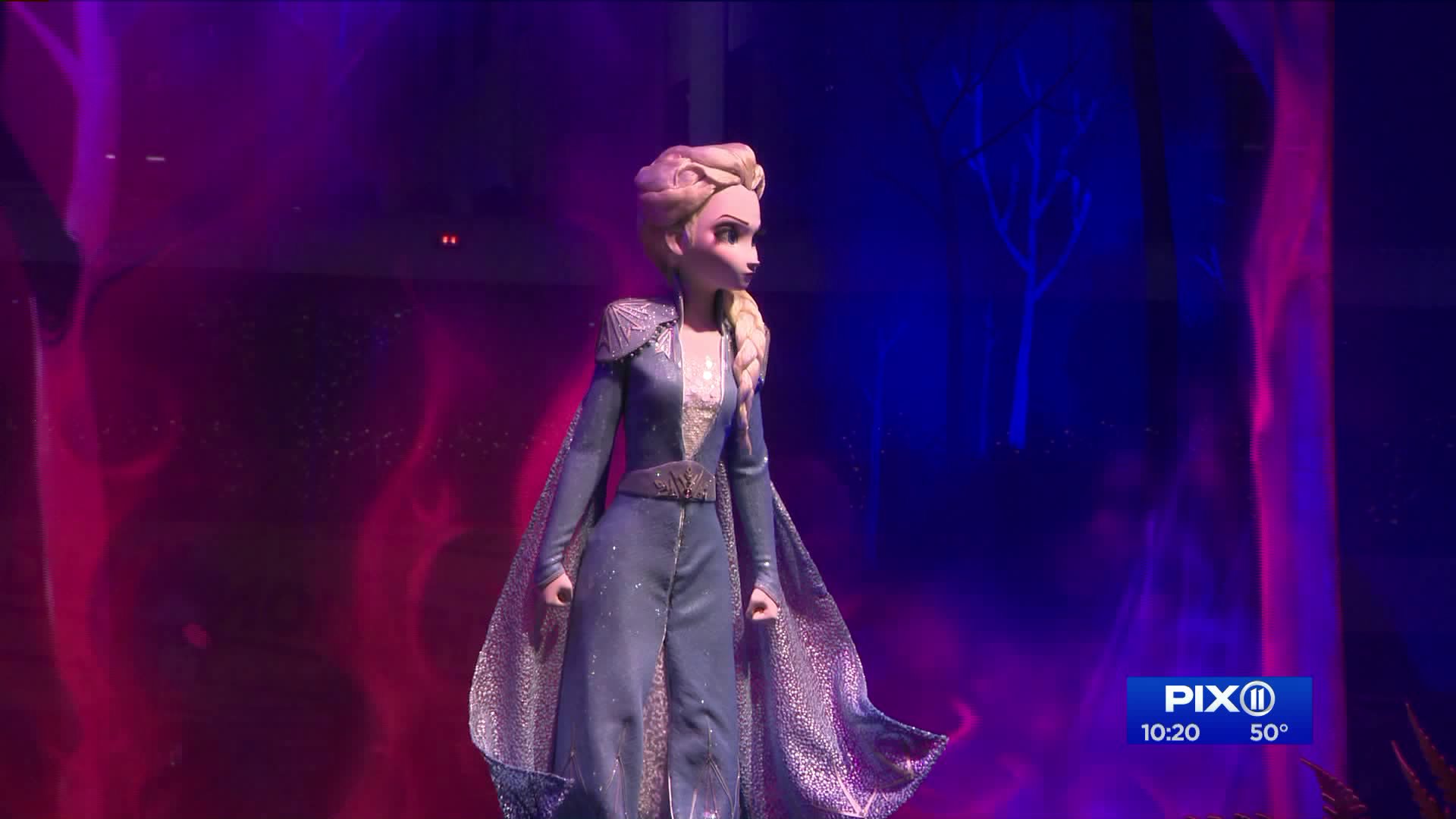 A dazzling light show, 10-story-tall theatrics, a 50 person choir and the stunning voice of Idina Menzel accompanied the unveiling of the holiday window displays at Saks Fifth Avenue.

MIDTOWN — A dazzling light show, 10-story-tall theatrics, a 50 person choir and the stunning voice of Idina Menzel accompanied the unveiling of the holiday window displays at Saks Fifth Avenue.

It's an annual tradition that's part of what makes New York City so special this time of year.

This year's theme is Disney's "Frozen 2," the hit movie which just opened in theaters. Performing as the windows unveiled, star of stage and screen and Tony Award Winner Menzel, better known to most kids as the voice of Elsa the Queen of Arendelle.

"We feel quite a responsibility and quite a sense of pride about the magic of Frozen and how it resonates with people and the idea that it's made its way to the Saks window is another example of that." said Menzel.

Menzel performed a song from the sequel, as well as a song from her upcoming holiday album, "Christmas: A Season of Love." The six windows are scenes from "Frozen 2," brought to life with moving parts and incredible props. Each display features a character from the Disney film, along with a central theme of the sequel. In addition to the "Frozen 2" inspired windows outside, up on the 9th floor inside the store, is the "Enchanted Forest Experience," the main setting in the movie.

The "Enchanted Forest" is an immersive experience that allows visitors to live in the world of "Frozen 2" and experience Anna's and Elsa's journey as they travel through the elements of earth, fire, water and earth. The experience is open from November 26th through December 24th. Tickets are $5 each (+ taxes and fees) and the sale of each ticket is donated to New York-Presbyterian Children's Hospital.

Menzel was raised on Long Island and tonight's event was a special homecoming for the New York City native.

"My parents would bring us in every year to see the windows and the tree," said Menzel. "We used to wait on line and it'd wrap around Saks Fifth Avenue and do this exact thing and so to be here headlining and singing and representing the character I love so much is a very special moment for me."