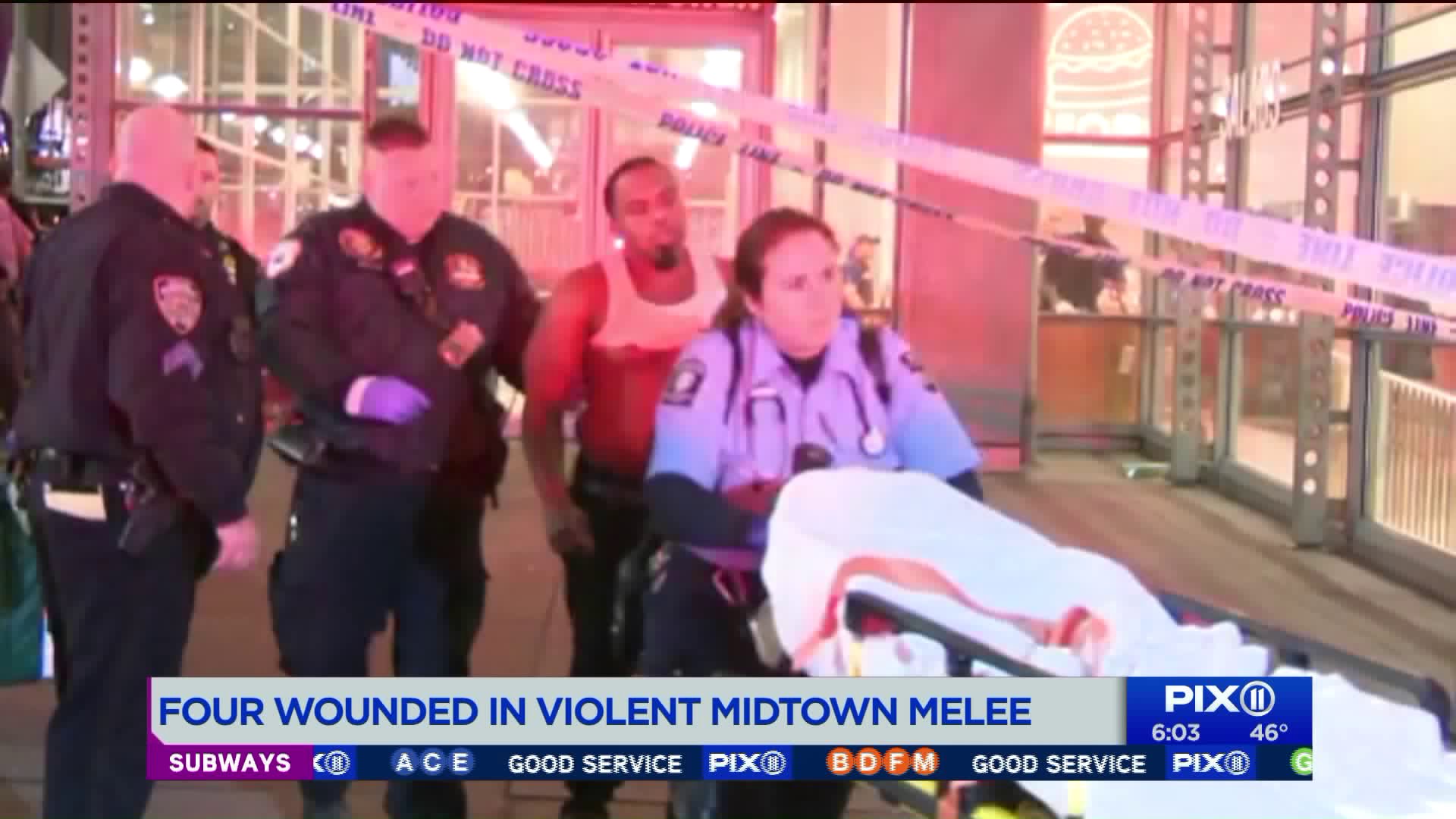 At least four men were wounded or stabbed when a group brawl broke out near West 41st Street and Eighth Avenue, near Port Authority, Monday night around 9:30 p.m., officials said. All men involved, in their late 20s to early 30s, knew each other and no innocent bystanders were injured, police said. All involved were hospitalized with non-life-threatening injuries and are in police custody, however it is not clear who will be facing charges, the NYPD said.

MANHATTAN — At least four men were injured, including some stabbed, in a group brawl Monday night in Midtown Manhattan according to police.

A fight near Port Authority on Nov. 25 involved "sticks and knives," police said.

The melee broke out near the corner of 41st Street and Eighth Avenue, across from Port Authority, just before 9:30 p.m. Police described it as a "fight with sticks and knives."

Authorities said three or four men were initially involved in a dispute that escalated, leading to multiple people being stabbed in the arm, hand and buttocks.

According to police, all injuries are non-fatal and all those involved are in police custody at Bellevue Hospital.

The NYPD said it is still unclear who will be arrested and face charges in the group fight.

Police said those involved and injured are men from New York, between late 20s and early 30s, and that they are all known to each other in one way or another.

One of the individuals involved left the scene but was picked up by EMS at West 46th Street and Sixth Avenue.

No innocent bystanders were injured during the incident, officials said.

CORRECTIONS: PIX11 initially reported, per authorities at the time, that the brawl was two separate stabbings and that five people were stabbed.