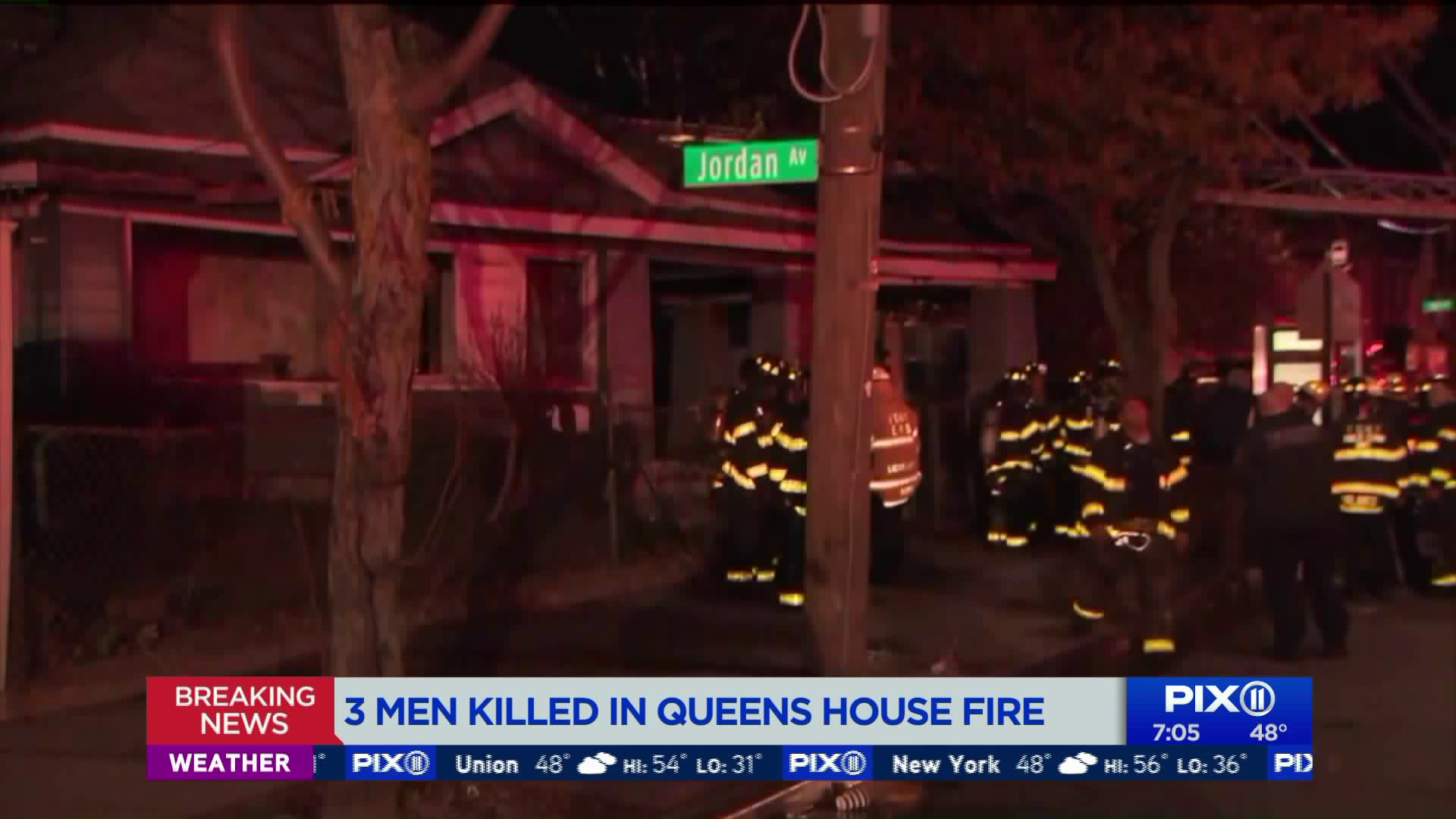 Authorities are investigating after three men were found dead when a fire broke out of a vacant home in St. Albans, Queens.

ST. ALBANS, Queens— At least three men were killed when a fast-moving fire burned through a home in Queens Thursday night, police said.

Fire officials responded to the blaze that broke out at a vacant home along Farmers Boulevard near Jordan Avenue shortly before 11:30 p.m.

Over 100 firefighters remained on scene working to bring the fire under control, fire officials said.

While dousing flames, crews found two men unconscious and unresponsive on the second floor and another on the first floor.

They were pronounced dead at the scene. Their identities were not immediately known.

Fire officials said the house was supposed to be vacant, and Con Edison had not supplied power to the building for about two years.

According to authorities, the city had sent orders since 2017 to have the house boarded up.

Neighbors believe the men sought shelter from the cold. "It's very, very sad. I wish the house was boarded so they wouldn't have been able to get in there," one neighbor said.

About four firefighters sustained minor injuries, officials said. They were taken to the hospital for treatment.