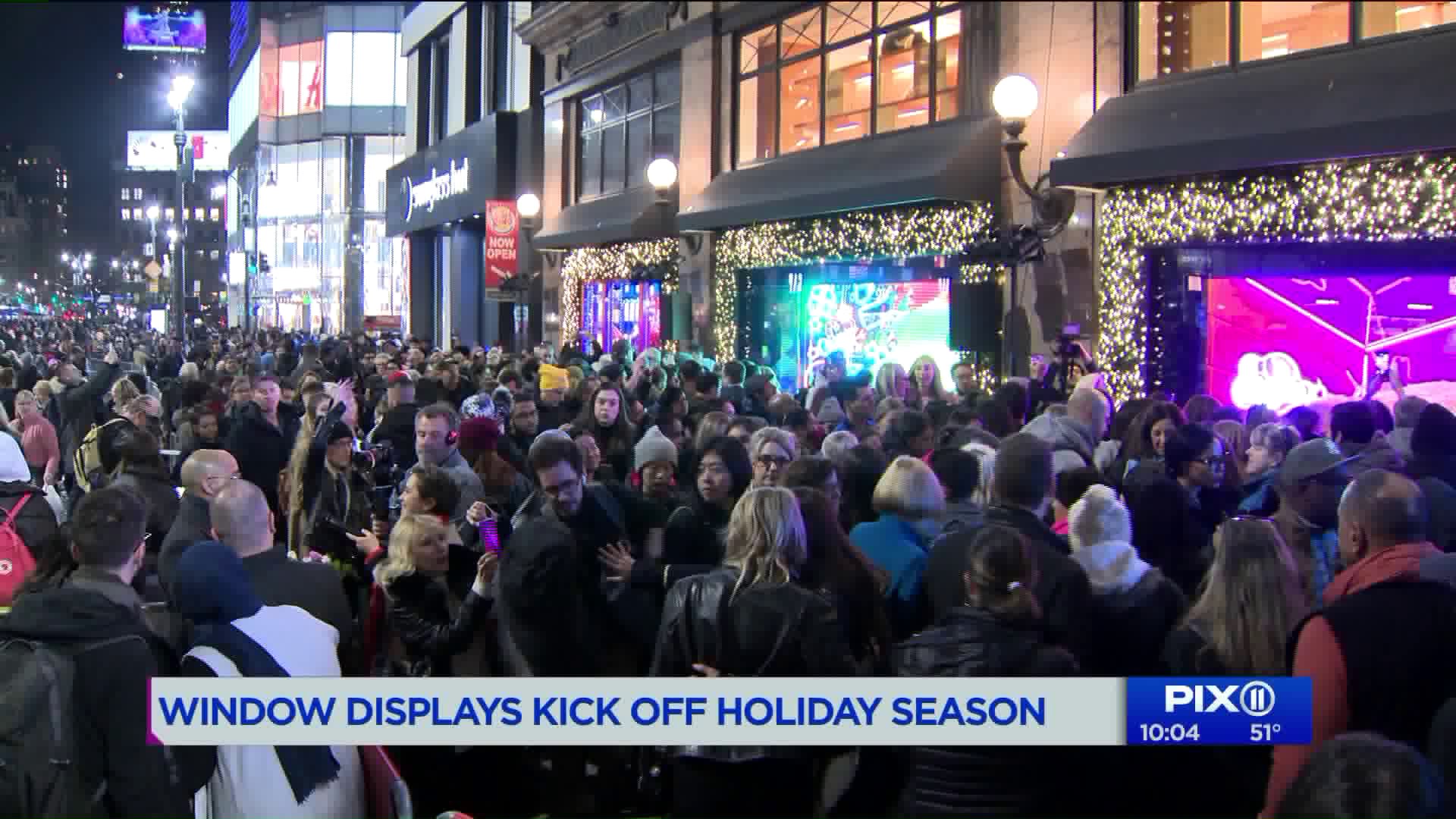 Stores across NYC were unveiling their window displays to signal the begin of the holiday season on Thursday.

MIDTOWN — A major reason why there's no place like New York City during the holiday season: the store window displays.

It truly makes it the most beautiful time of the year.

"I'm a native New Yorker and it's my first time to be here for the unveiling," said Schaunte Collins. Collins and Barnette were with a group of students from the Eagle Academy Foundation.

"It's the best place to be, it's so energetic," said 18-year-old Renato Honeywell, a student at the Academy.

This year's theme is "Believe in the Wonder!" The six windows tell a story about a little girl who wishes to be Santa Claus, along with her dog Willow, who is dressed as a reindeer.

“This year’s windows take us on a journey with our main character “Santa Girl.” Through her, we’re charmed by the power of magical thinking and we’re reminded that we all have Santa’s spirit in our hearts,” said Roya Sullivan, Macy’s National Director of Window Presentation.

This year, the windows are made to be interactive, delighting visitors of all ages and from all over the country and the world.

"It just brings the holidays to life, Christmas is Macy's and the Macy's Thanksgiving Day Parade, it's wonderful," said Donna Wolfe, visiting from Morristown, TN with her 17-year-old daughter, Casey and family friend, Susan Whisnant.

"We found out they're going to be doing the unveiling at 6 o'clock so we came here walked around the store and now we're here waiting for it," said Whisnant, from Morganton, SC.

Macy's isn't the only attraction in town. Over at Bergdorf Goodman's, the opening of their window display also drawing a crowd. The Steen family are visiting from Mesa, Arizona.

"It's magical," said 12-year-old Annjalee Steen. "We didn't plan on it but we were lucky enough to have it happen while we were here," added Steen about the unveiling tonight.

Her mom, Michelle Steen, telling PIX11 "We love it here, we try to come here every year to check out the Christmas displays." 7-year-old Madison Steen, added her favorite part of the holidays, "Spending time with family."

Not to be outdone, Bloomingdale's is unveiling their window displays Friday. This morning, they gave PIX11 a sneak peek. This year's theme is "Out of this World," in line with the 50th anniversary of the first human steps on the moon.

The window displays are truly a labor of love. Macy's involved 200 people in every aspect of the production. Every item in the window is handmade.

Once this season's display is taken down on New Year's Day, they'll begin almost immediately preparing for next year's.

"We start thinking about these windows right after we take them down in January," said Sulllivan. "It takes a couple of months to come up with the idea and then 8 months to build them and then we build everything from scratch everything you see in the windows are handmade by artists and painters."

Macy's has been doing this for 120 years. Their first window holiday window display was back in 1899, at their original store location on 14th street.

It's estimated over 10,000 visitors per hour at the windows at the height of the holiday season.

"It's a tradition to come see these windows parents have been coming they came as children and now they bring their kids," said Sullivan. "It's an iconic moment in the city, I think the city waits for it to open so we are very honored to be able to give this to the city every year."