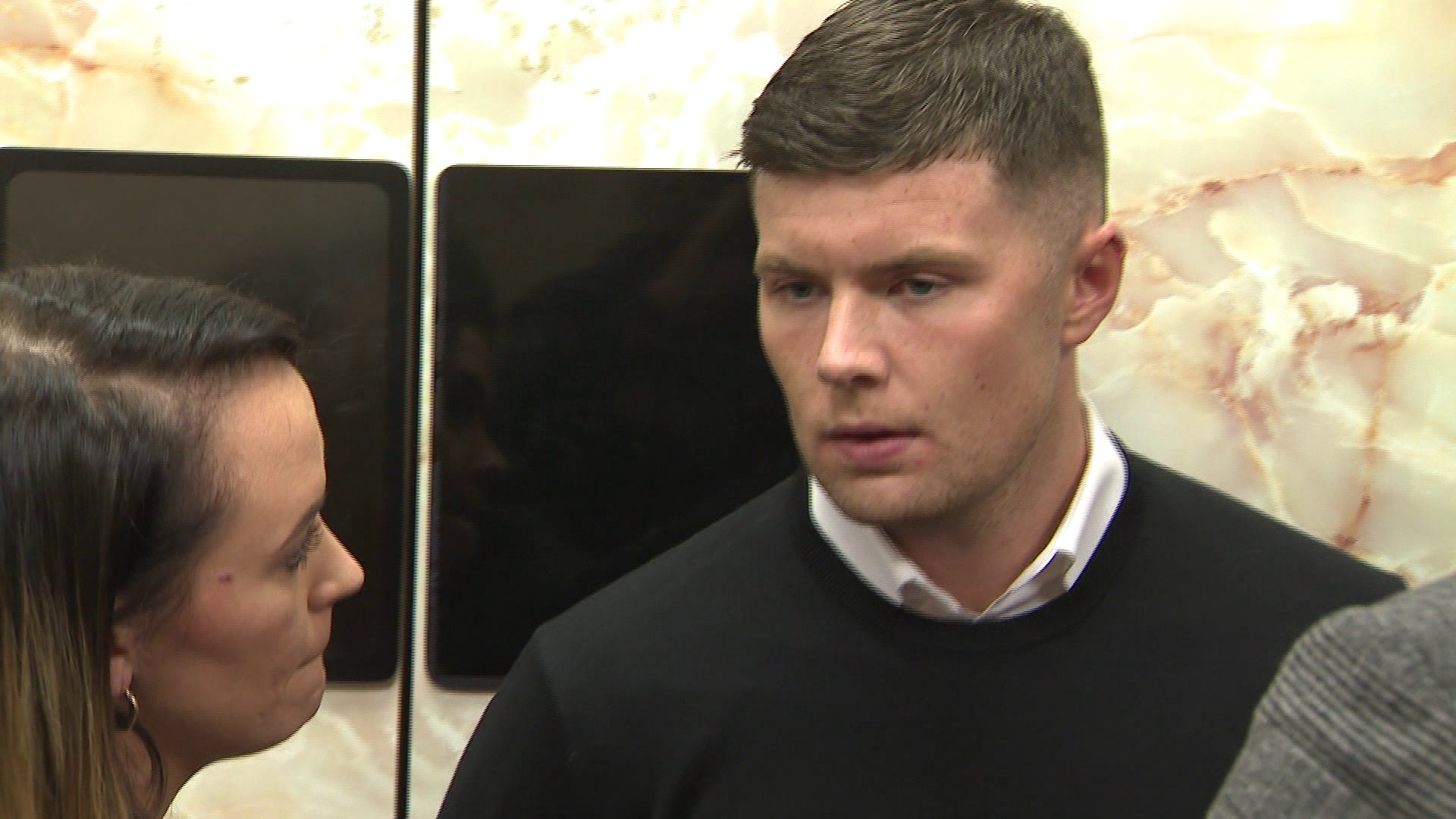 Dozens members of the late Danny McGee`s extended Irish family filled three rows in a Queens courtroom Thursday, watching as fellow Irishman, Steven O`Brien, pleaded guilty in a "one punch" incident outside a Sunnyside bar that left McGee dead last Thanksgiving morning. McGee, 21, received a lethal injury from the punch and from hitting his head on a sidewalk outside The Gaslight pub on Queens Boulevard.

McGee, 21, received a lethal injury from the punch and from hitting his head on a sidewalk outside The Gaslight pub on Queens Boulevard.

Wiping tears from his eyes, O’Brien, 26, turned and faced McGee’s parents in the courtroom. They were there with 34 relatives.

McGee’s parents had flown to New York from County Longford, Ireland to attend the hearing.

“I know nothing I say can ever change anything,” O’Brien told them. “I’m very sorry.”

After initially pleading not guilty to third degree assault, a controversial charge in “one punch” cases, O’Brien decided to change his plea in exchange for six months in jail.

He could have faced up to a year in jail, if convicted.

He took the plea deal on the eve of the first anniversary of McGee’s death.

“You have to stand up and take responsibility for what you’ve done,” McGee’s anguished mother, Colleen, said outside Queens Criminal Court.

“I don’t think anything would have made me happy today," she replied. "There’s nothing going to bring Danny back, whether six months or six years.”

She said her oldest child was born in the U.S. and moved to Ireland with the family when he was five.

He had returned to New York for work opportunities, just about a year before his death.

“He had two jobs,” his mother noted. “He was a doorman and worked on a construction site. He worked seven days a week.”

“Every second of every day, I miss him desperately,” the mom said, as her voice broke.

O’Brien was living in Sunnyside as an undocumented immigrant from Dublin when the incident happened.

Relatives said the two men were talking outside the pub and smoking cigarettes at 3:45 a.m. last Nov. 22, Thanksgiving morning, when O’Brien suddenly punched McGee in the side of the head, sending the victim falling to the ground.

O’Brien left the scene but then turned himself in to police the next day.

“My client wanted to accept responsibility. He’s very remorseful for it, and he’s really looking to put this behind him,” Gartenberg said.

McGee’s New York relatives have joined forces with another grieving mother, Donna Kent, to change the law on “one punch” deaths.

Kent’s son, Sandor Szabo, had left a family wedding in August 2018 and was looking for an Uber in Long Island City when he encountered Jamill Jones—who was assistant basketball coach at Wake Forest University at the time.

Szabo had consumed a lot of alcohol, but surveillance footage didn’t show him getting aggressive with Jones, who passed by Szabo on 29th Street in a 2019 white BMW.

Jones stopped the car and backed up to the corner. The surveillance shows a man striking Szabo once in the head, with Szabo hitting the sidewalk and suffering a fatal head injury.

The victim’s mother was outraged when the Queens District Attorney charged Jones with third degree assault.

The case is still dragging on, more than a year after Szabo’s death.

Danny McGee’s uncle, Tim Murphy, has been talking with Donna Kent about efforts to change the current policy in “one punch” deaths.

“We’re trying, with Donna Kent, to get the law changed,” Murphy said. “It’s ridiculous that someone can take someone’s life in New York City and serve no jail time—possibly—or a maximum of a year.”

Murphy’s wife, Denise, added, “I know they were trying to do it in the Bronx, and then it just fell through the cracks, and we are trying to get it changed, especially in Queens, where this seems to happen over and over.”

The Danny McGee case was followed closely by Irish media. A reporter from RTE was in court Thursday when O’Brien pleaded guilty in the case.

“I’m sure his intentions weren’t to do what he did, but nevertheless, it happened—with these results," Colleen McGee said of O’Brien.

McGee said it was important that her family present a big showing in court.

“We have to have people here to have a voice,” McGee said. “Somebody has died. And to the state of New York, that doesn’t seem to make a difference. You can kill someone, and if it’s your first offense, we’ll give you another shot.”