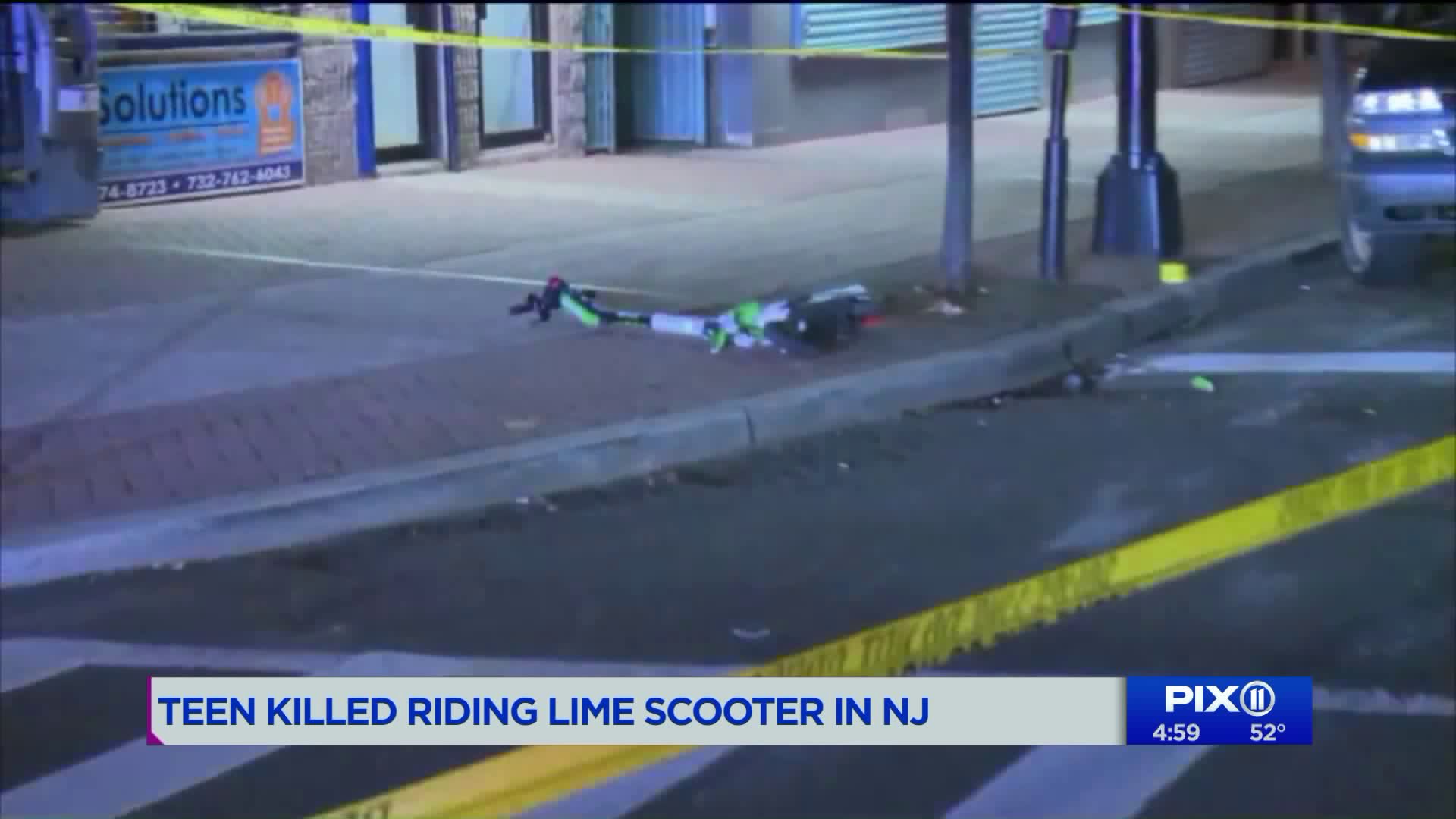 A high school student in Elizabeth was riding a public e-scooter when a tow truck ran over him, killing him.Now, as a community mourns for Nelson Miranda Gomez, 16, the incident that killed him is casting a shadow over the whole process of publicly available electric scooters. Elizabeth, and two other New Jersey cities, now try to decide how, or whether or not, to proceed with their e-scooter programs.

ELIZABETH, New Jersey — A high school student in Elizabeth was riding a public e-scooter when a tow truck ran over him, killing him.

Now, as a community mourns for Nelson Miranda Gomez, 16, the incident that killed him is casting a shadow over the whole process of publicly available electric scooters. Elizabeth, and two other New Jersey cities, now try to decide how, or whether or not, to proceed with their e-scooter programs.

After sundown on Thursday, a group made up of dozens of friends, classmates and fellow church members of Gomez convened on the scene, at Spring Street and Elizabeth Avenue, to remember the fallen teen. They brought candles, handmade signs, and balloons. Many hugged, some cried.

Gomez died while riding one of the dozens of electric scooters the city of Elizabeth is leasing from Lime Micromobility. The Lime scooter collided with a tow truck at the intersection.

The truck driver stayed on scene after the collision Wednesday night. He has cooperated with police.

On Thursday morning, young people began showing up at the site, leaving mementos. The stream of mourners continued all day.

"He was really cool guy, he was nice," said Henry Bueso, who people on scene described as Gomez's best friend. "He was an honest person," Bueso continued. "To be honest, he was like my brother to me."

Also at the scene on Thursday, though, was a variety of people talking about the Lime electric scooter program. In a six month trial period that began this month, the City of Elizabeth arranged to have the scooters available to rent by the minute, using a smartphone app.

The program is not supposed to be available to anyone under 18 years of age, but if an underage person acquires the app, they can access a scooter. PIX11 News observed multiple teens using Lime scooters on Thursday. At least one other teen said that he rides a Lime scooter to high school regularly.

One local resident, Anthony Mateo, 19, said that he tried to use a Lime scooter in the first few days they were available.

"I fell off of it," he told PIX11 News, "and honestly, my knee still hurts and it's been two weeks."

In addition to Elizabeth participating in Lime scooter rental, Hoboken just finished its trial program, and is expected to debate, in its city council, whether or not to continue. Asbury Park also has e-scooters, from a company called SPIN.

Lime released this statement: “We are absolutely devastated by this tragedy and our hearts go out to the victim’s family and friends during this incredibly difficult time. We are in close contact with Elizabeth officials and stand ready to assist in any way we can.”

Elizabeth's mayor, J. Christian Bollwage, said, in a statement, in part, "This was a tragic accident and my thoughts and prayers go out to the family and friends of this young man. The City Council will discuss the parameters of its relationship with Lime.”

As of Thursday evening, residents reported that most Lime scooters in the city had been removed from the streets.

Lime said that it is investigating the incident.