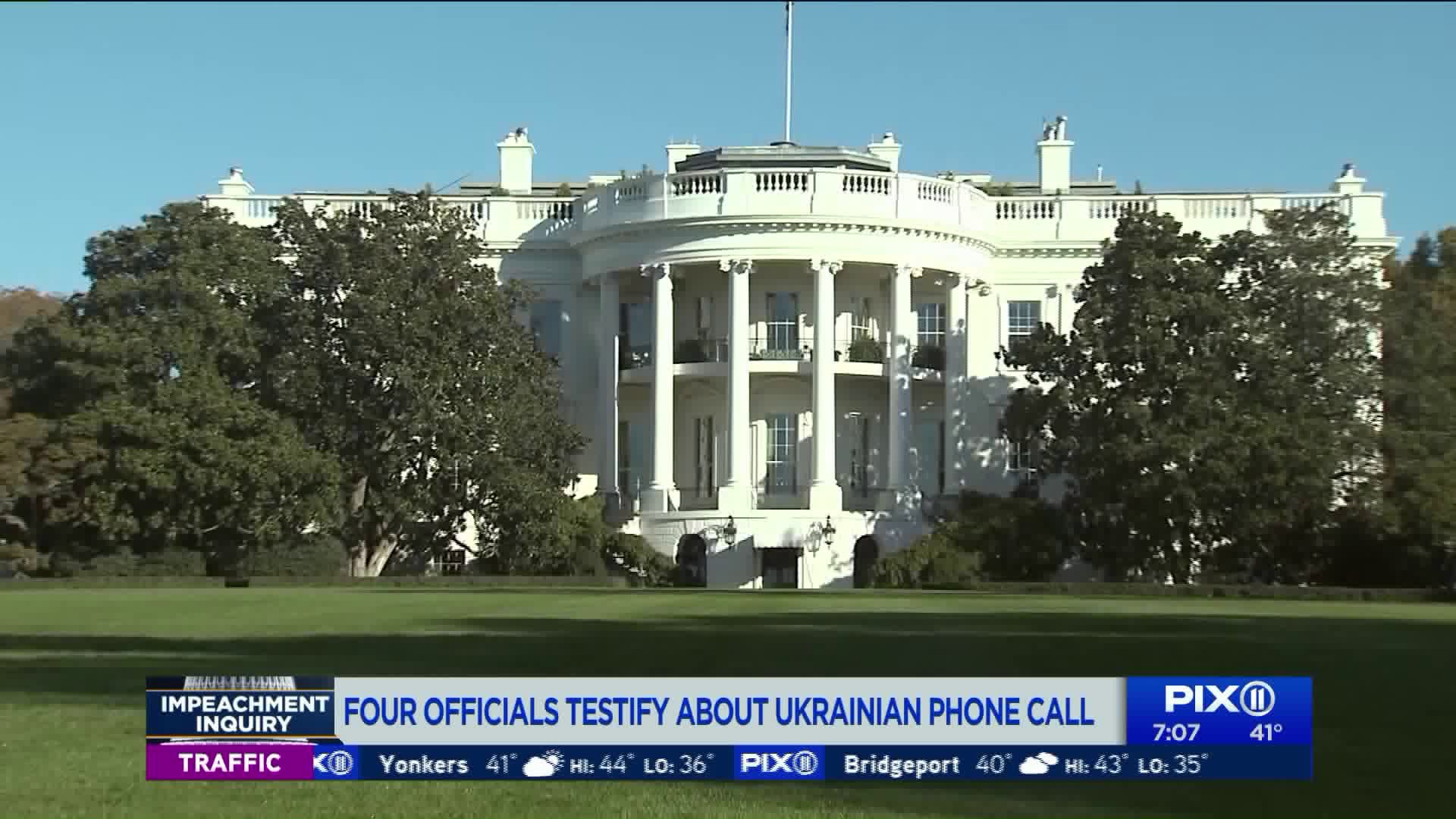 Ambassador Gordon Sondland, the most anticipated witness in the impeachment inquiry, is likely to be unpredictable when he faces questions about his evolving accounts of the Trump administration`s dealings with Ukraine and a newly revealed summertime phone call with President Donald Trump.

WASHINGTON — Ambassador Gordon Sondland, the most anticipated witness in the impeachment inquiry, is likely to be unpredictable when he faces questions about his evolving accounts of the Trump administration’s dealings with Ukraine and a newly revealed summertime phone call with President Donald Trump.

Sondland, a wealthy hotelier Trump tapped as his ambassador to the European Union, is more directly entangled than any witness yet in the president’s efforts to get Ukraine to investigate political rival Joe Biden and Democrats in the 2016 election. Yet Sondland has already amended his testimony once — “I now do recall,” he said, talking to Ukraine about investigations.

Sondland’s appearance at Wednesday morning’s hearing, and his closeness to Trump, is of particular concern to the White House as the historic impeachment inquiry reaches closer to the president, pushing through an intense week with nine witnesses testifying over three days in back-to-back sessions.

Trump has recently tried to suggest that he barely knows his hand-picked ambassador, but Sondland has said he has spoken several times with the president and was acting on his direction.

The envoy is likely to face tough questions from lawmakers of both parties about Trump’s July 25 call when he asked Ukraine President Volodymyr Zelenskiy for the political investigations at the same time as U.S. military aid for the ally was being stalled.

Sondland routinely bragged about his proximity to Trump and drew alarm from the foreign service and national security apparatus as part of an irregular channel of diplomacy led by the president’s lawyer, Rudy Giuliani.

Last week State Department official David Holmes revealed one of those interactions to impeachment investigators, saying he recalled it “vividly.”

The political counselor was having lunch with Sondland in Kyiv when the ambassador dialed up the president on his cell phone and Holmes could hear Trump’s voice.

“I then heard President Trump ask, quote, ‘So he’s going to do the investigation?’” Holmes testified. “Ambassador Sondland replied that ‘He’s going to do it,’ adding that President Zelensky will, quote, ‘do anything you ask him to.’”

Sondland was known for telling others "he was in charge of Ukraine" despite being the U.S. envoy in Brussels, said another witness in the impeachment probe, former White House Russia adviser Fiona Hill.

"And I asked, well, on whose authority?” said Hill, who will testify Thursday. "And he said, the President."

Sondland’s appearance follows the testimony Tuesday of four national security and diplomatic officials, including a career Army officer who described Trump’s call with Zelenskiy as “improper.”

Lt. Col. Alexander Vindman told lawmakers it was his “duty” to report his concerns about the call, as he deflected Republican attacks, including from the White House on his loyalty and career in public service.

It wasn’t the first time Vindland had registered his concerns over Ukraine policy. He testified about a July 10 meeting at the White House when Sondland told visiting Ukraine officials they would need to “deliver” before the administration would agree to a meeting Zelenskiy wanted with Trump.

“Ambassador Sondland referred to investigations into the Bidens and Burisma in 2016,” Vindman testified, referring to the gas company on whose board Hunter Biden had a seat.

At the White House, Trump said he had watched part of the day’s testimony and slammed the ongoing impeachment hearings as a “disgrace.” Over the weekend, Trump assailed Williams as part of the “Never Trumpers” who oppose his presidency, though there is no indication she has shown any partisanship.

Former National Security Council official Timothy Morrison told investigators that he witnessed a key September conversation in Warsaw between Sondland and a top aide to Zelenskiy. Afterward, Sondland said he had relayed to the Ukrainian that U.S. aid might be freed if the country would announce the investigations, Morrison testified.

Another diplomat, former special envoy to Ukraine Kurt Volker, shifted his own account of the July 10 meeting to say Sondland did, in fact, discuss investigations with the visiting Ukrainians.

“I think all of us thought it was inappropriate; the conversation did not continue and the meeting concluded,” Volker said.

A series of text messages Volker provided to lawmakers showed conversations between him, Sondland and other leaders in which they discussed a need for Ukraine to launch investigations, including into Burisma.

Volker said meeting with Giuliani was just part of the dialogue, and he had one in-person meeting with him, in which Giuliani “raised, and I rejected, the conspiracy theory that Vice President Biden would have been influenced in his duties as vice president by money paid to his son.”