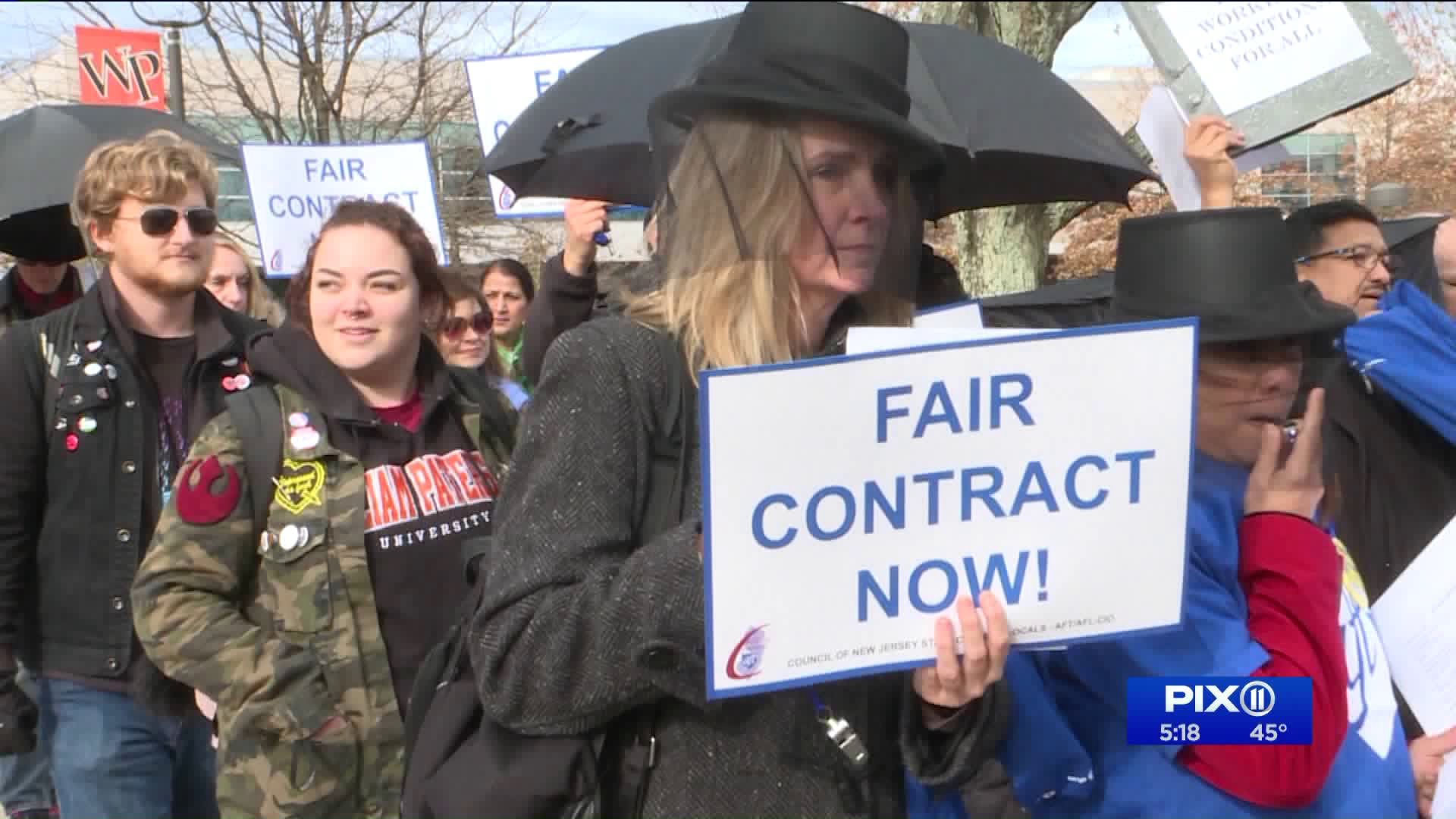 At William Paterson University, the faculty wore black and marched in the style of a New Orleans funeral. They said they’re mourning the death of higher education.

Professors say they’ve been given extra work without additional pay. They also say some benefits have gone away, such as tuition reimbursement for their own continued learning. They want adjunct professors to get equal pay and they want longer contracts for work stability.

"The staff at William Paterson is very much depleted," said Stephanie Quackenbush, CWA 1031 WPU Branch President. "A lot of people are doing more than their fair share."

Students also joined the rally in support of their teachers.

Professors did take a strike vote and it was approved overwhelmingly, but the faculty at Wednesday's rally in Wayne said they will only exercise a strike as an absolute last resort.

They marched straight to the university president's office on the William Paterson Campus. He came out with French beignets to match their New Orleans theme.

He would not take any questions.

The school later put out a statement that said in part:

“...The Chronicle of Higher Education ranks William Paterson University fifth on a national list of public master’s colleges with the highest average pay for instructors. The University supports collective bargaining and fair wages... we recognize that the state must be mindful of its funding of public universities to keep quality education affordable for New Jersey’s students.”

PIX11 also reached out to the New Jersey Governor's office for comment. The group is currently in contract negotiations with the State’s Office of Employee Relations.