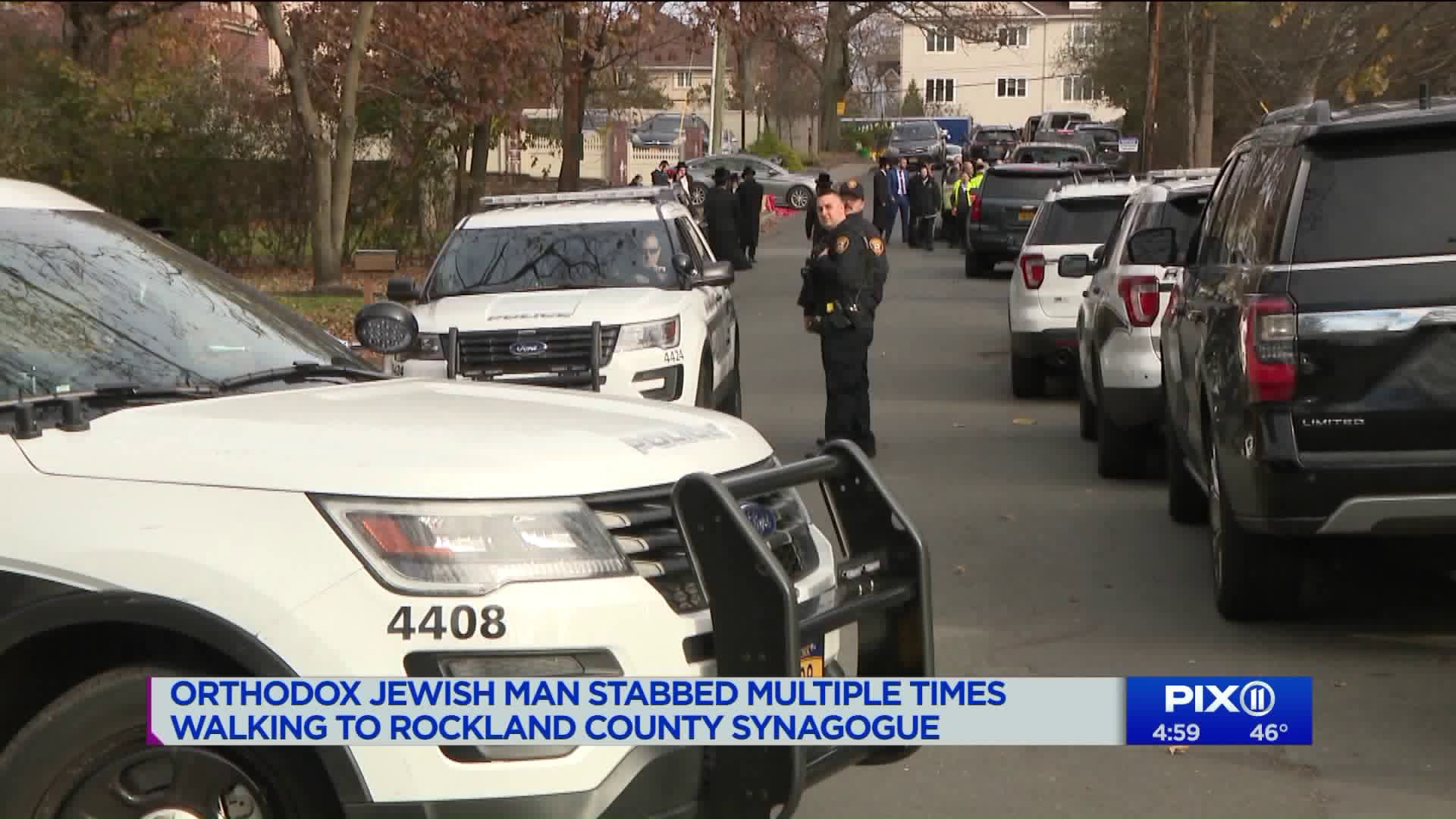 Police say an Orthodox Jewish man was stabbed in a "vicious, violent attack" while walking to synagogue in a New York City suburb. Wednesday`s attack is the latest in a rash of violence against Jews in the New York area. Police Chief Brad Weidel said it`s too early to say if it was a hate crime. No arrests have been made.

RAMAPO, N.Y. — An Orthodox Jewish man was stabbed and slashed multiple times as he walked to his synagogue Wednesday morning in Ramapo, authorities said.

Police say an Orthodox Jewish man was stabbed in a “vicious, violent attack” while walking to synagogue.

According to police, officers responded around 5:49 a.m. to Howard Drive in the hamlet of Monsey for a report of a person struck by a vehicle.

When the officers arrived, they discovered the Hasidic man was not hit by a car, but had been stabbed and slashed with an unknown weapon, according to officials.

"He was approached from behind by at least one or maybe more individuals and he was assaulted and stabbed. And stabbed more than once, "Ramapo Police Department Chief Brad Weidel said.

Police said the man was walking to synagogue when he was stabbed multiple times by at least one person in the street.

Nothing was taken from the man. Police are unsure of a motive, but many in the community are concerned it could be related to anti-Semitism.

Ambassador Dani Dayan, the consul general of Israel in New York, was at the scene.

The victim is a 30-year-old teacher.

The Yeshiva World reported that a vehicle pulled up, two men hopped out and attacked the man before getting back in the vehicle and driving off.

The man was rushed to a local hospital where he was undergoing surgery for his injuries Wednesday morning, Ramapo Police said.

Sen. David Carlucci (D-NY) who represents the district released a statement Wednesday denouncing the attack. "This act of violence is horrific and not reflective of our peaceful community. Violence or ahte of any kind is never tolerated," Carlucci said. "I pray for the victim’s recovery and expect police will find the suspects and bring them to justice. I am awaiting more details on this incident."

Descriptions of a suspect or suspects have not been released.

The victim's identity has not been released.

Correction: The location has been updated to Ramapo, New York.