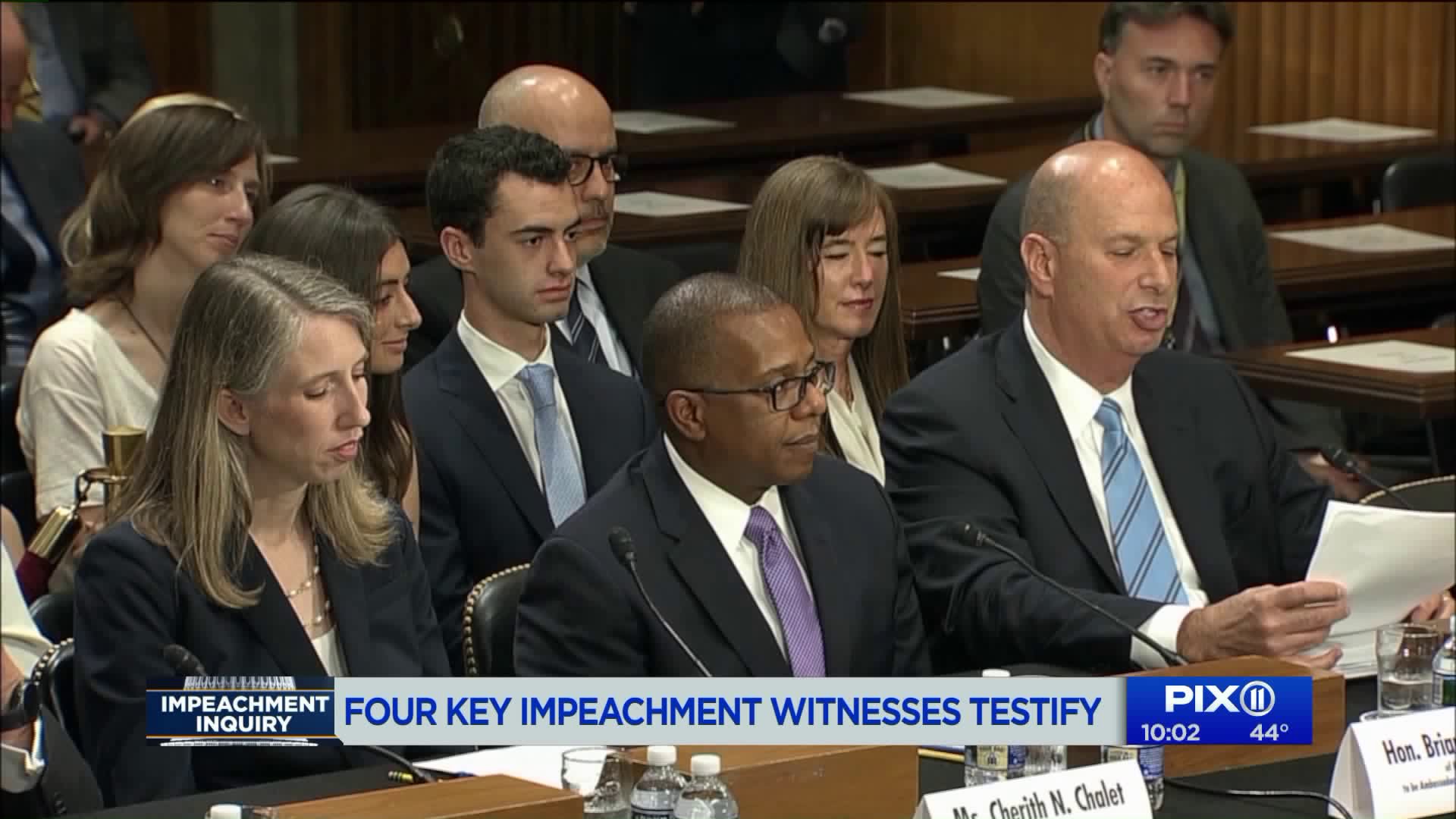 Kurt Volker, the former U.S. special envoy to Ukraine, and Tim Morrison, a former deputy national security adviser, both testified that they did not believe President Donald Trump had engaged in a quid pro quo, linking military aid to Ukraine with an investigation of Joe Biden.

But Volker spoke up for Biden in Tuesday’s impeachment hearing, rejecting “conspiracy theories” embraced by Trump and some of his allies. Volker said he has known Biden as an honorable man for more than two decades.

Rep. Devin Nunes, the panel's top Republican, blasted the hearing as part of a "Ukraine hoax.'' The panel's chairman, Rep. Adam Schiff said Volker has debunked once and for all any conspiracy theory about Biden.

Volker said that during a September dinner with Andriy Yermak, he’d discouraged Ukraine from trying to prosecute the country’s previous president. Volker says he warned it would sow deep societal divisions.

Volker says Yermak quipped in response, “You mean like asking us to investigate Clinton and Biden?”

Volker claims he didn’t “quite understand” the remark and was “kind of puzzled” by it.

Volker says he accepted the idea of Ukraine going along with a push by President Donald Trump’s personal attorney, Rudy Giuliani, to investigate the Ukraine gas company Burisma and the 2016 elections. But he says he was unaware of a connection to Joe Biden, whose son served on Burisma’s board.

Morrison said one of his colleagues warned him about President Trump’s European Union ambassador, Gordon Sondland, and even coined a name for her concerns: “the Gordon problem.”

Other witnesses have testified that Sondland talked directly to Trump as the president pushed Ukraine to investigate Democrats. Sondland, who testifies Wednesday, tried to negotiate with the Ukrainians for the investigations.

Sondland also clashed with some in the White House as he took a leading role in Ukraine policy, including former adviser Fiona Hill, who Morrison said coined the phrase.

After talking to Hill, Morrison said he kept track of what Sondland was doing and “didn’t necessarily always act” on what he suggested.