Manhattan DA wants to cut down on reckless drivers 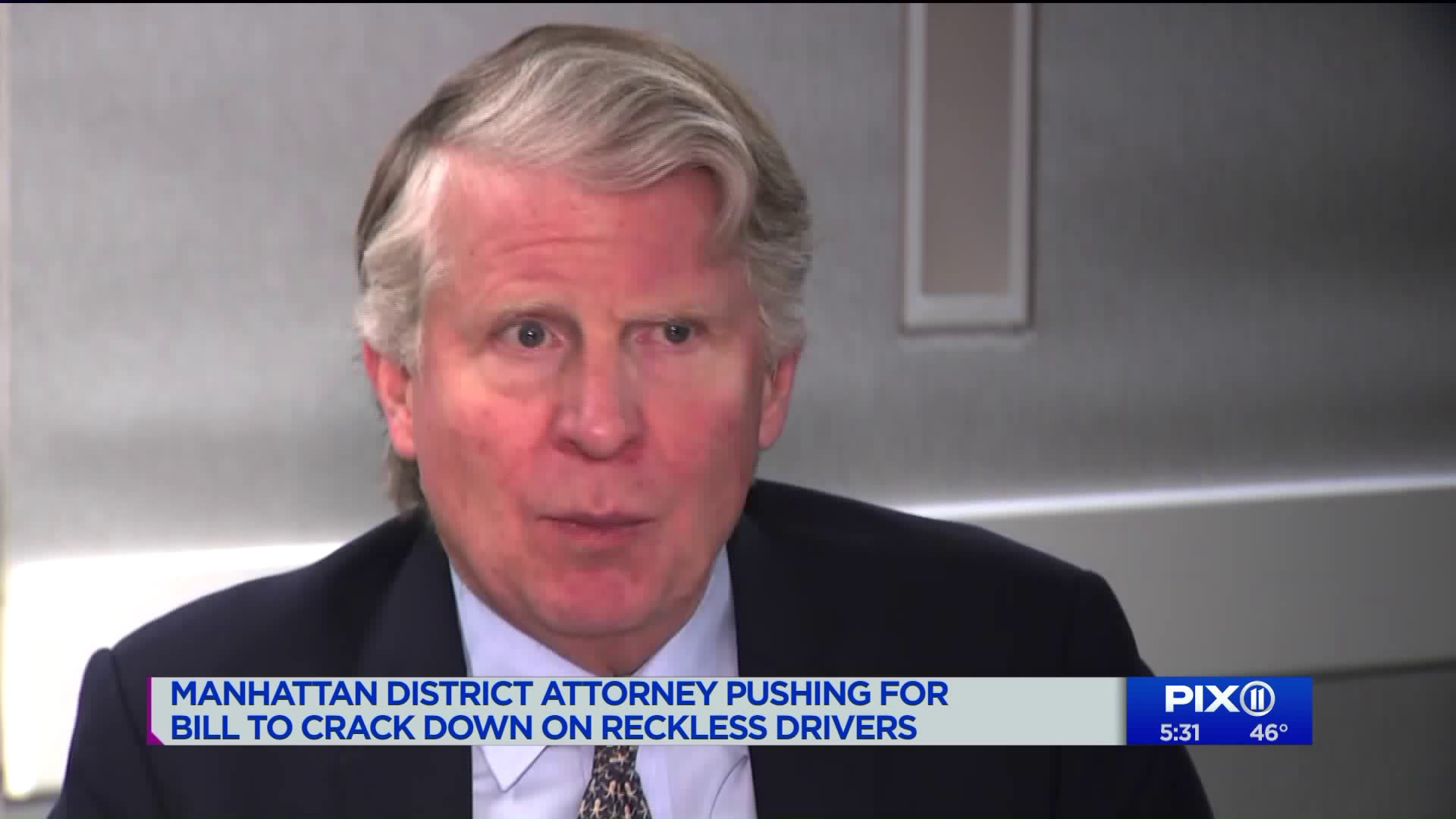 District Attorney Cy Vance sat down with PIX11 to discuss his role in developing a comprehensive piece of legislation called the Vehicle Violence Accountability Act. He hopes it will pass when New York lawmakers head back to session come January.

One week ago, Manhattan District Attorney wrote that New Yorkers were "as likely to be killed by a car as you are to be robbed at gunpoint or stabbed by a knife" in an op-ed.

With 29 deaths in Manhattan alone in 2019 and roughly 219 across the city, Vance says prosecutors must do more. The challenges come from having their hands tied by a system he says has broken laws.

Vance spoke to PIX11 Tuesday to discuss his role in developing a comprehensive piece of legislation called the Vehicle Violence Accountability Act which he hopes it will pass when New York lawmakers head back to session come January.

"This is happening more than any of us actually know and that's how I perceive this," he said. "I sit in my office and read the newspaper or I hear on the news that another person died and I'm saying 'what do we need to do?'"

Vance established a panel to examine and hear from victims, their families and advocates over a period of six months. This resulted in a 67-page report of recommendations for reforms targeting vehicular violence put forth for prosecutors.

If the law is passed it would create a new statute, called "vehicular violence," establishing new crimes like "death by vehicle" and "serious physical injury by vehicle." It will be layered, beginning with class A misdemeanors and going up to class E felonies. The penalties get more severe with repeated offenses and is dependent upon the severity of the injuries.

State Senator Brad Hoylman is a co-sponsor of the bill and believes it's long overdue.

"For too long, reckless drivers have had essentially had a license to kill, because there's a revolving door where the prosecutions don't stick, the charges aren't high enough for these types of repeat offenders," Hoylman said.

"It is probably something that I should have done two years ago," Vance said. "But as time passed after the right of way law passed, I saw it was not improving the situation."

Correction: The story has been updated with the correct spelling of the state senator's name.