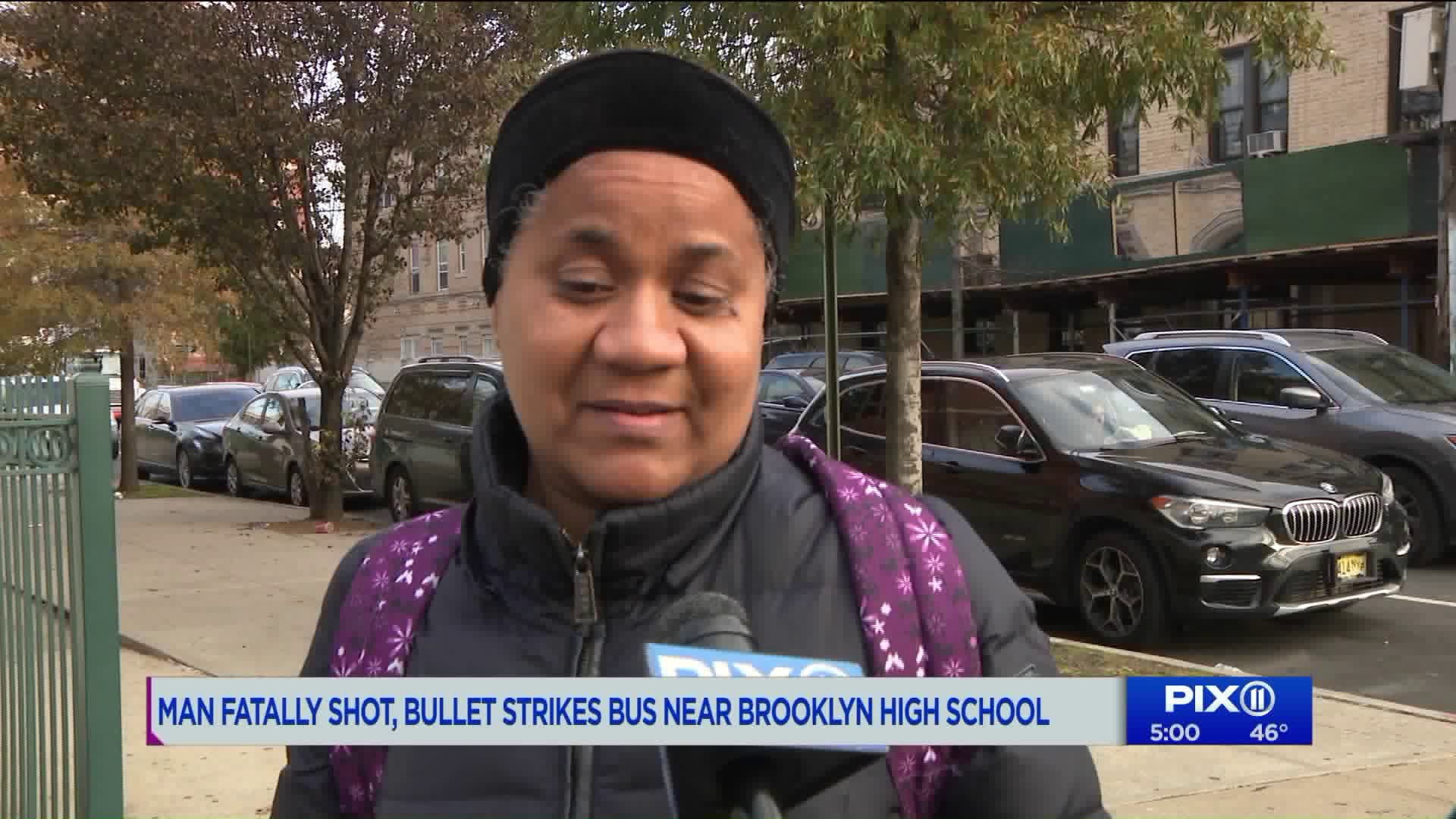 A man was shot and killed and a school bus was struck when gunfire erupted near a high school in Brooklyn Tuesday morning, according to police.

EAST NEW YORK, Brooklyn — Three men are being sought by police after a man was shot and killed and a school bus was struck when gunfire erupted near a high school in Brooklyn Tuesday morning, according to police.

Authorities said that around 8:45 a.m., Francisco Bonilla, 32, got into a dispute with what police termed "a group of people" man near Dumont and Pennsylvania Avenues in East New York when a man pulled out a gun and shot him several times. Bonilla's family confirmed his identity to PIX11 and provided photos.

The wounded man was taken to a nearby hospital where he was pronounced dead, police said.

Thomas Jefferson High School is on Pennsylvania Avenue, right near that intersection.

A 4-year-old boy was on the school bus that was also hit by a bullet. He was not injured.

Video from the scene appears to show at least one bullet struck an MTA bus, as well. Surveillance video obtained by PIX11 shows the B20 pulling into its next stop with a bullet hole in the backdoor. You can see passengers getting off the bus, not knowing what to think.

There are no arrests at this time. Police say they're not sure what the argument was about but that they're currently looking for three men in connection with the case.

Police immediately closed off four streets in the area.