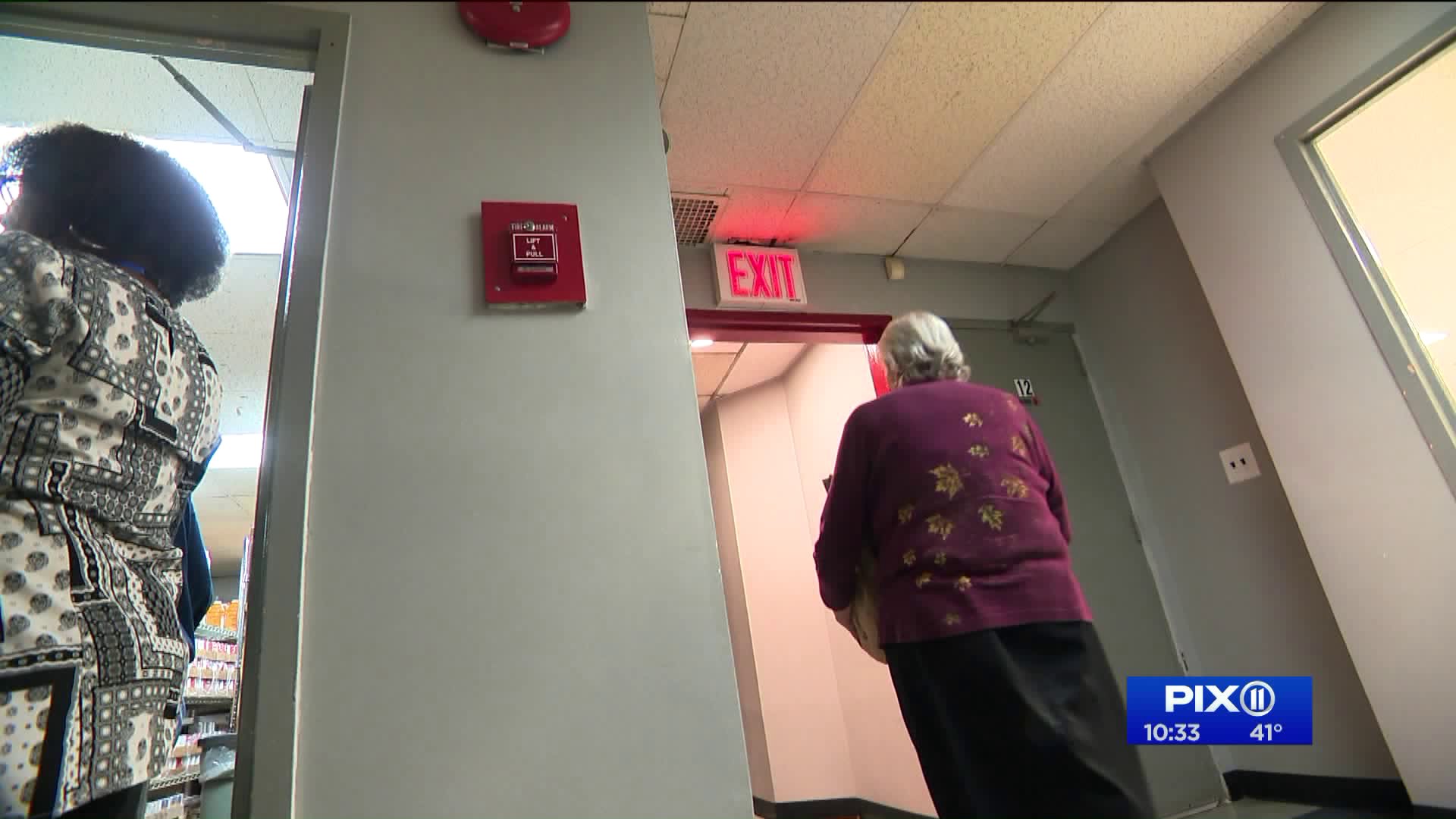 A staggering number of New Yorkers deal with food insecurity. PIX11`s Shirley Chan has more on what`s being done to solve the problem.

The statistics are stark.

One in 8 New Yorkers are unable to afford an adequate amount of food. That translates in more than one million city residents who are "food insecure."

According to the United States Department of Agriculture, "Food Insecurity" is defined as the disruption of normal eating patterns due to lack of money or other resources for food. The non-profit organization Hunger Free America compiled a report looking at Hunger in New York City. The research finds the Bronx is the "hungriest borough." However, food insecurity can be found in every neighborhood in the city.

City soup kitchens and food pantries are seeing longer and longer lines. In the past, they've been considered as resources primarily for the homeless or those below the poverty line. New findings show more and more families are turning to pantries, redefining the term "working hungry." City Harvest, New York's largest food rescue organization, found over 25 million visits to pantries and soup kitchens last year.

PIX11 visited several food pantries. Human services organization BronxWorks helps families and individuals improve their economic and social well-being. BronxWorks runs two food pantries, they each operate twice a month, once for senior citizens and once for the general community.

"The resources here is very important to me because eating healthy is very expensive," said Lezrette Hutchinson. "Here at the center, the supplementary food balances my budget I don't have to go into my savings to take money out to make sure I'm eating healthy."

At 63, Hutchinson is the picture of health. But it wasn't always that way. Diagnosed with diabetes, she needed to make a change and she credits the pantry with helping her make healthier choices.

"I receive most of the items here from the center and I like the items here because they're fresh and nutritious," said Hutchinson. "Before my budget was very tight, a lot of things I couldn't afford but with the supplementary food I get here, I'm able to save so I can do other things."

Hutchinson is not alone in relying on the pantry. 125 large paper bags of food each time it's open and they’re quickly handed out. People line up, some at 6 in the morning, well before the Center opens.

"I've been in the Bronx for a long time this has been a long standing issue," said John Weed, Asst. Executive Director of BronxWorks. "Food insecurity is a big problem over 20 percent of families have food insecurity and that's even higher for seniors, that's about 24 percent."

An alarming part of the hunger crisis - many college students are facing food insecurity. In fact, 45% of American college students are struggling with hunger. There are 650 food pantries on campuses nationwide. One of those pantries - at Medgar Evers College in Crown Heights. Tucked in the Student Center, is a room stacked neatly not with books but rather with the five basic food groups.

"We want the students to not only think right, we want them to eat right," said Waleek Boone, Student Life Specialist at Medgar Evers College. Boone also oversees the food pantry on campus. "We want to try to give them the food that’s going to have them focus in school that’s going to sustain them."

The pantry is open once a week. It is a lifeline for students here, many who were in the public school system. "Those students in turn end up in college and often times we see that they no longer get a Metrocard, they no longer get the free lunch or free breakfast they were getting before," said Alexis McLean, a Dean at Medgar Evers. "A number of our students live at or below the poverty line and work full-time and then go to school full-time, a number of our students work full-time in the day and then only come at night which is why our pantry has those evening hours."

Chivell Mendoza is a working single mom raising an 11-year-old. With food costs in New York City among the highest in the country, many families are forced to choose between buying groceries or paying rent, or in Mendoza’s case... paying tuition. The pantry is helping her stay in school. She relies on it for up to 80 percent of her family’s weekly meals.

"I would’ve definitely given up on school I would’ve quit and gone back to working full-time because I could not make ends meet especially putting food on the table for me and my daughter," said Mendoza. "Having that surety of the pantry every week and knowing that I would have food to supply so I can use that money towards paying my rent, that way I was able to continue on in school and not give up on school it's been very beneficial I've made the Dean's List, I have a 3.5 GPA and I am deemed to graduate in June 2020."

Medgar Evers officials want to expand the pantry. They work with Food Bank NYC to receive fresh produce twice a month and through a partnership with the Bed-Stuy Campaign Against Hunger, the college is able to get reduced price fresh produce. "The pantry is particularly important to us and we're really passionate about it and we've been super intentional about also expanding our offerings to faculty and staff as a number of our adjunct faculty live at or below the poverty line," said McLean. "We have faculty members who can't put food on their own table so through our partnerships, we're able to do two things either offer food at a reduced rate or offer food completely free and that way, we're able to service all members of the campus community and not just students."

The city estimates if a mere 25 percent of unused food was donated instead of thrown out - it would reduce *more than half* of the city’s food insecurity. The Department of Sanitation is working to reduce food waste.

"There's so much food going to waste we’re trying to stop all that before it goes to landfill," said Eszter Csicsai, Senior Manager of Reuse and Donations at DSNY. She showed PIX11 their innovative DonateNYC Food Portal, which launched only six months ago. If you’re a business with leftover food to donate - DSNY will pair you with an organization nearby who will give it to those in need. The emphasis is on being hyper local.

"We've diverted around 30 tons of edible food from the waste stream and distributed it to organizations that are feeding communities," said Csicsai. "It reduces waste, it supports programs that are feeding hungry New Yorkers and it also helps donors and recipients invest in their community more."

When the non-profit organization Teens for Food Justice learned of the portal, they felt it was a perfect fit. "Our mission is to address food injustice through education and advocacy and we're specifically targeting youth in public schools." said David Goldstein. "We are focused on neighborhoods that are considered food deserts or those that are considered historically underserved communities." Goldstein is the Farm Operations Manager.

The organization runs hydroponic farms in several New York City public schools. The farms are incorporated into classes as a teaching tool. Each farm grows between 10,000 and 19,000 pounds of produce every year. Three quarters of the produce grown on the farm goes straight to the cafeteria. The rest is donated.

"The DonateNYC portal allows us to keep the produce that we've grown local within the community in which it was produced so the students that are actually growing this produce understand that what they're doing in the classroom on these farms has an impact directly in their community," adds Goldstein.

The Food Portal also has an app. At this point, over 300 users have signed up for the portal. The goal is to expand it in every neighborhood. If an organization has food to give, the Portal will pair the donor with a nearby recipient who is willing to take the food right away and distribute. There is no cost to register for the program and no minimum to donate. Right now, the program is only for businesses or organizations, not individuals. The Good Samaritan Law protects donors.