After Bloomberg apologizes for stop and frisk, men who were actually stopped question his sincerity 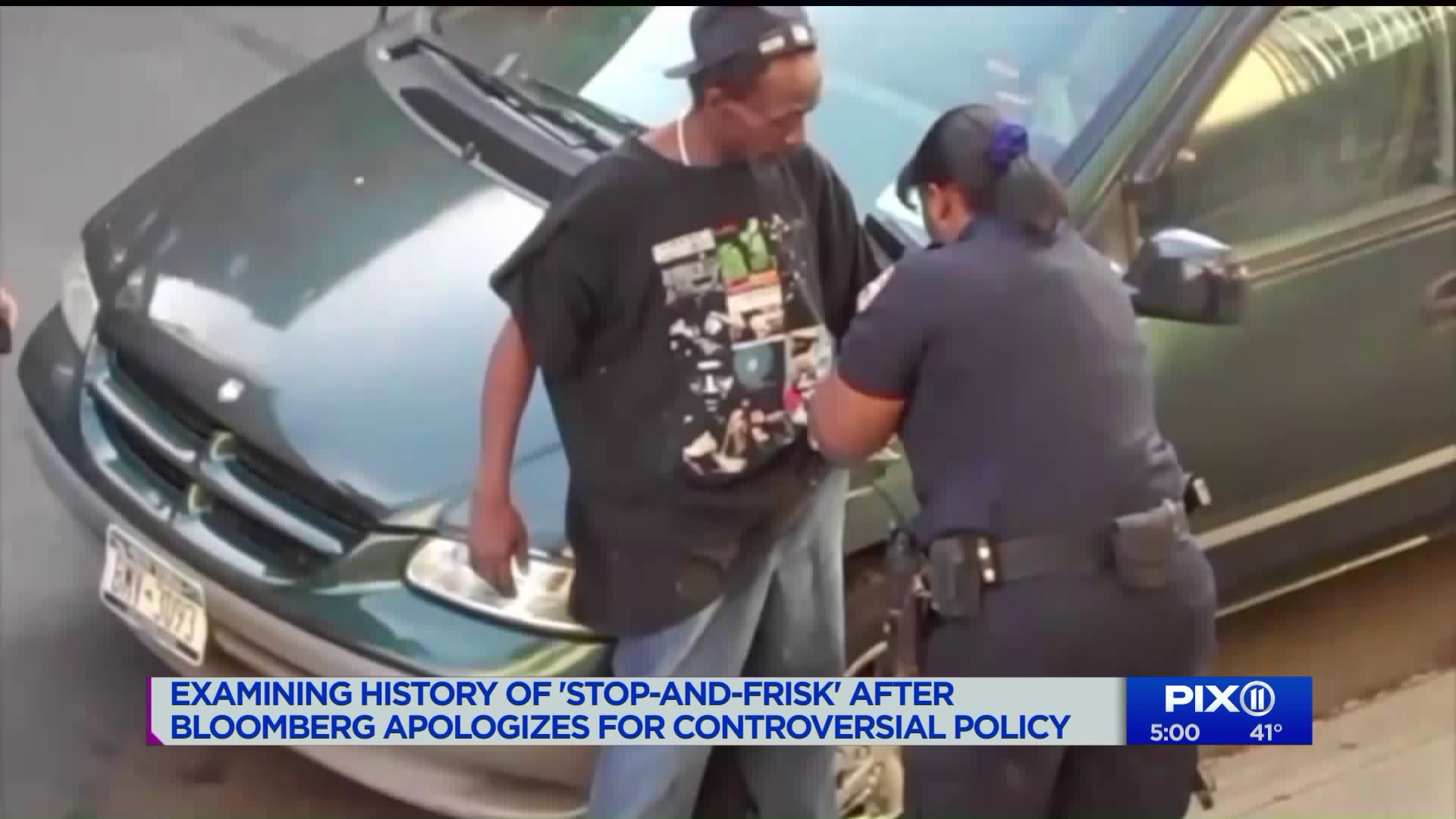 It was a central part of policing in New York City for the three terms during which Michael Michael Bloomberg was mayor. Stop and frisk is now, though, a controversial practice for which Bloomberg apologized on Sunday.

EAST NEW YORK, Brooklyn — It was a central part of policing in New York City for the three terms during which Michael Michael Bloomberg was mayor. Stop and frisk is now, though, a controversial practice for which Bloomberg apologized on Sunday.

For every ten people who are stopped, eight are black or Latino, according to the New York Civil Liberties Union, which based its findings on NYPD statistics. Also, the NYCLU said, black and Latino males under the age of 24 account for 38 percent of stop-and-frisks, even though they only make up five percent of the city's population.

Those statistics apply to the practice now, when the occurrence of stop-and-frisk has decreased precipitously. Under Bloomberg, the practice was concentrated in particular neighborhoods, and resulted in conditions that people like Omar Pacheco describe.

When the East New York, Brooklyn resident was asked if he'd been stopped and frisked during the Bloomberg years of 2002 - 2014, Pacheco replied, "Plenty of times."

"One time," he continued, "I was walking behind my dad, and these cops pulled up in a van, guns drawn, thinking I was going to rob him. And my father stopped them."

Another Brooklyn resident, John Lawson, had similarly been stopped and frisked.

"Plenty of times, in Downtown Brooklyn," he told PIX11 News. "You felt violated."

For his part, which was instrumental, former mayor Bloomberg said, in a speech at the Christian Cultural Center -- the largest black church in New York City -- on Sunday, "Back then, I was wrong, and I'm sorry."

The practice, which is legally sanctioned in the precedent court case Terry v. Ohio, and which is referred to by the NYPD as Stop, Question and Frisk, was carried out 685,724 times at the height of its use in New York City, in 2011.

Ross said that stop, question and frisk "was an effective crimefighting tool," when used to help police find wrongdoers, contraband, and other threats to safe communities. However, he said, that when the practice is used to evaluate officers' effectiveness, as it was in the Bloomberg administration, he said, it compromised the safety of the community, as well as the safety of officers.

"You were doing [stop and frisk] that long, and now you feel emotional?" asked Omar Pacheco. "I don't believe it."

"The apology came a little late," he told PIX11 News. "It should've come while he was in office, not when he was out of office."